On Dec. 27, 2015 Christian Gutierrez, Raymond Justice, and Carter Mesker went on a camping trip to Ka’ena Point Natural Area Reserve on Oahu, Hawaii. Ka’ena Point is also a breeding ground for the Federally protected Laysan albatross, where 45 nests were being carefully monitored by the non-profit Pacific Rim Conservation. 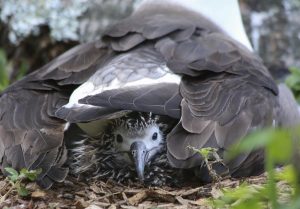 Laysan albatrosses are ocean-dwelling seabirds who have 6-foot wingspans, weigh 7-8 pounds, occasionally sleep while flying, and rarely land except to raise their chicks. They are docile and devoted parents who will not leave their nests. The oldest Laysan albatross was last seen raising a chick on Midway Atoll in 2016, at age 66.

Gutierrez, Justice, and Mesker were camping with classmates from Punahou, usually described as “a prestigious Honolulu prep school.” During the night they left their friends and entered the sleeping seabird colony. They emerged from their bloody rampage leaving fifteen adults dead, and fifteen destroyed nests with either smashed or missing eggs.

The three young men returned to their friends, bragged about their exploits, and showed them trophies: metal banding tags, which members of the Pacific Rim Conservation had carefully placed on the albatrosses’ legs in order to keep track of individual birds. The young men had severed the birds’ legs in order to remove the tags. In the following days harrowing photos of dead birds and severed body parts were posted on social media pages. 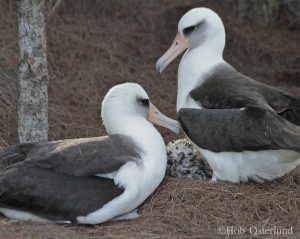 At the time, Justice and Mesker were 17 years old. They were simply sent to Family Court. Their names have been reported in the media, but they have no criminal record.

Gutierrez was 18. “He was there when this happened but he did not injure any birds. He didn’t do it. He didn’t maim or touch the animals, period,” said his lawyer, Myles Breiner, during his not guilty plea. In March, Gutierrez changed his story and agreed to “cooperate with prosecutors,” so his 15 counts of animal cruelty were dropped to one. He still faces charges for the theft and destruction of valuable cameras and sound equipment. His sentencing date is July 6.

A year and a half after his grisly crime and his theft/damage of recording equipment, Gutierrez is an NYU Film School student. “He’s 19 years old and very intelligent and has a bright career ahead,” said his lawyer, who wants Circuit Judge Jeannette Castagnetti to defer his plea on July 6. If she does, he will emerge with a criminal record just as spotless as Justice’s and Mesker’s.

But what about the horrific deaths of the birds? 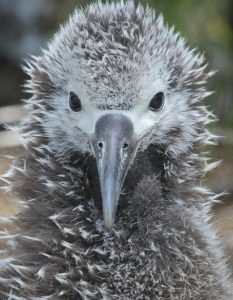 Nature does not always provide a happy ending. There are eggs that are not viable, nestlings who fail to thrive, natural predators who snatch a chick for a meal, freak storms that blow through and destroy part of a population. People who work with wildlife understand that death is a part of life. But no one who has ever cared for another creature – be it bird, animal, or human – can comprehend, much less cope with, this kind of brutal, pointless killing.

People do not work with wildlife for fame and fortune. Those who work to help repopulate and protect decimated bird colonies do it because it’s critically important, it’s right, it’s just, and at the end there is the unimaginable joy of seeing a wild bird spread its wings and disappear into the sky.

And so, what about the staff and biologists and volunteers of Pacific Rim Conservation? What about others who work tirelessly to repopulate and protect wildlife, who live in fear this may happen to their colonies? What about the people around the world who are mesmerized by nesting birds, thanks to blogs and nest cams? What about people who are kind and decent and obey the law?

It is a documented fact that many predatory criminals begin young and focus on the animals who can’t escape them. Emboldened by the averted gazes, the excuses by the adults in their lives, the legal bargains and wrist slaps, they set their sights on increasingly bigger game. Children. Women. If they are strong and wily enough, men. Why not, when they’re taught that they’re not responsible for their actions? 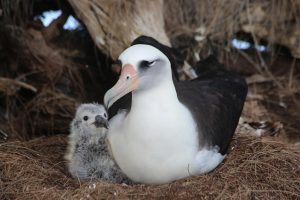 Can a 17-year-old who mercilessly slaughters helpless creatures – and then brags about it both in person and on social media – suddenly see the light when he reaches the magic age of 18? Why don’t we ask Raymond Justice, Carter Mesker, and Christian Gutierrez?

Between the adults and their eggs, the three of them killed 32 live albatrosses. According to state and federal investigators, they caused over $200,000 worth of damage. Biologist Lindsay Young says it will take 8 years to replace the breeding birds; 14 years of research and data have been destroyed. Hob Osterlund, founder of Kauai Albatross Network and author of Holy Moli: Albatross and Other Ancestors, says that prior to the crimes, Ka’ena Point’s $800,000 fence – built through hard-earned grants and donations – had successfully kept the area predator-free. These three young men, she says, were the only predators the fence couldn’t keep out.

Because Justice and Mesker were a few months shy of their 18th birthdays, they face no real consequences. If his lawyer succeeds, Gutierrez won’t, either. Who suffers for these crimes? The innocent birds and the decent, law-abiding people who cared for them. 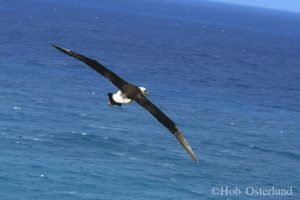 Sentencing for Gutierrez is July 6. There is still time to write the Honolulu prosecutor’s office and voice your opinion – all it will take is a few lines. Should the plea be deferred, the message will be clear: the rights of sadistic young killers are far more important than those whose lives they affect.

Please write: https://honoluluprosecutor.org/contact-us/   Go to the site, and write your text into the box. Thank you!

All photos by Hob Osterlund, founder of Kauai Albatross Network and the author of Holy Moli: Albatross and Other Ancestors.