There was something missing in all of the birding that I did in southern California over the holidays. Sea birds! And I am not a huge fan of seawatching unless it is done from a boat, in which case it becomes the much more enjoyable pelagic birding. Being in a boat looking for birds is always exciting because almost anything can show up in your field of view. This goes double for the Pacific Ocean, which is much larger than the Atlantic and subsequently has a much larger list of species that could conceivably appear without letting your imagination run too wild. Of course, I could not go by myself on a dedicated pelagic birding trip, seeing as I had pretty much used up all of Daisy’s goodwill on other solo birding outings, so I had to once again resort to the old canard of whale watching, which is, for some reason, an acceptable pastime to the rest of the world while going on a bird watching boat is disdained by non-birders.

So it happened that Daisy, her two sisters, Stephanie and Julia, Julia’s four-year-old daughter, Audrey, Daisy’s mom, Desi (who, mind you, is only just over a year old), and I made our way to Newport Harbor, and, coupons in hand, paid $13 each for a two-and-a-half hour whale watching excursion with Davey’s Locker Whale Watching (well, Desi was free). It is the season that Gray Whales migrate past the southern California coast so we all had high hopes of seeing some whales, or, failing that, at least some Common Dolphins, Risso’s Dolphins, Bottlenose Dolphins, or Pacific White-sided Dolphins, at least one of which should be present on any trip. As for me, well, I was pretty sure that on my second-ever boat trip off the coast of California (the first being the awesome trip to see an Island Scrub-Jay) I would at least spot Black-vented Shearwater and Rhinocerous Auklet, with Cassin’s Auklet, Common Murre, and a couple more species of shearwater possible as well. And let’s not forget that this is the Pacific Ocean we were going to be sailing on so thoughts of possible albatross were flying through my head, despite the unlikely odds of one approaching so close to shore along the Orange County coast. boat, as did at least one Clark’s Grebe, a few Western Grebes, some Eared Grebes, and a Pacific Loon. Once we cleared the entrance of the harbor and headed out on the amazingly placid open ocean the birding slowed a bit, with only a few fly-by Forster’s Terns and a Heermann’s Gull keeping pace with the back of the boat looking for a handout, a smart strategy as it turned out because there were several people on board willing to keep the gull fed. Heermann’s Gulls, named for the syphilitic Army doctor and bird collector, Adolphus Heermann, are perhaps the most beautiful North American gull species.* Having one Heermann’s Gull, and then several, at the back of the boat feeding from our makeshift chum line was a treat. Feeding one directly from my hand, like in the picture by Daisy at right, was even more of a treat! Click either picture in this paragraph to get a bigger image to view (the one on the left is especially worth the click, if I do so say myself). I spent time at the front of the boat scanning for seabirds and realized that this boat would not be the best for those of us wanting to see alcids after a conversation with a crew member who was also scanning, but for whales. I identified myself as a birder, and asked about the likelihood of seeing auklets or murres. He gave me a blank look and said he hadn’t heard of “those birds” but that we should see some cormorants. Sigh. And, sure enough, we shortly pulled up next to a buoy that was a resting place for California Sea Lions and there were some Brandt’s Cormorants on top, which, to be honest, I was pretty happy about because I had not yet seen them in 2011. Well, that, and Brandt’s Cormorants are just plain cool cormorants, especially when one still has some breeding plumage. We soon left the buoy behind and everyone continued the search for marine mammals while I searched for seabirds. Eventually, I took a break and went aft to see what was up with the gulls back there and was pleased to find more species of gull, to say nothing of Brown Pelicans! Sadly, the chum line and the buoy would remain the highlights of the trip. A huge flock of Bonaparte’s Gulls feeding on something could not lure the captain to get closer, and, though I managed to identify a couple of Rhinocerous Auklets and two Black-vented Shearwaters associating with the flock I left several other alcids on the water without a name. The decision to not stick around what was obviously a feeding flock was baffling to me because if one type of creature is finding food that usually means that there would be food for other creatures, like the target of a whale-watching trip. Instead we steamed past and got lots of views like this. Eventually, as all things must, our time at sea ended and we made our way back to harbor. I added a Royal Tern on the way in and a Common Loon just inside the entrance of the harbor, but that was it for birds. Because we did not see any whales we were all given tickets for a free voyage, but they expire in May, which made them essentially useless for us east coasters. Granted, every trip on the water will not end in success, but a whale-watching boat staffed by a crew that has not heard of some common seabirds and is seemingly unable to understand that large feeding flocks of gulls are a good place to look for dolphins is bizarre.

Despite all of that, a fun couple of hours on easy seas in the bright sun was well worth $13 each. Hopefully next time I get out to California I will be able to get out on a real pelagic boat, and maybe Desi will be old enough to appreciate it a bit more than he did and search for his middle-namesake himself.

* I learned about Adolphus Heermann in Scott Weidensaul’s delightful book Of a Feather: A Brief History of American Birding. Also, I would willingly contract syphilis if it got me a gull as nice as Heermann’s named after me. 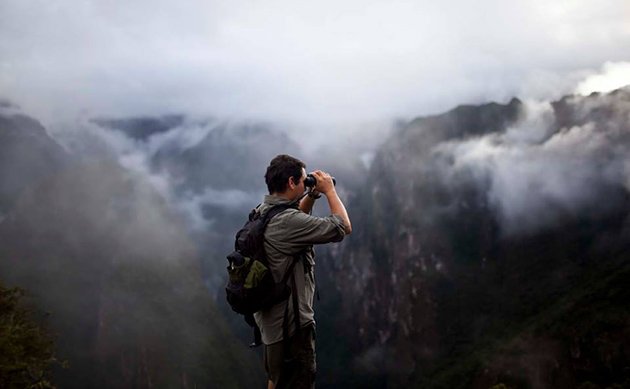