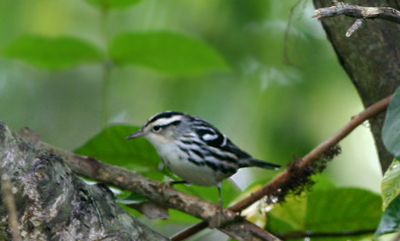 A weekend of birding has to be considered a success if more than one blog post is required to recount it. Saturday was our Happy Hawk Day while Sunday, though happy, didn’t specifically involve hawks. That was the day I met Patrick Belardo of The Hawk Owls’ Nest for some Sandy Hook-style bird spotting. This was my first time meeting Patrick, but I’ve been a fan of his blog since he first hit the scene. If you haven’t visited The Hawk Owl’s Nest yet, you might start with Patrick’s account of our morning. Of course if you do, my own tale of torrential bird watching might be redundant, but given the chance, you might very well like Patrick’s writing better…

Still here? Good! Here’s something Patrick is too polite to tell you. The two of us met to drive together to the Hook (as the locals call it) but in transferring from my car to his, I completely forgot to grab my binoculars. What a rookie move! Fortunately, Patrick was outfitted with both bins and a high-powered spotting scope, the latter of which was essential in picking out Semipalmated Plover on a remote sandbar and a miserable Merlin hunkered down in a distant bare tree, my two year birds for the day. I’m thankful that Patrick came prepared because the morning would have been irredeemable without optics. My camera offers a decent level of magnification but was essentially useless for large chunks of our outing due to the brutal waves of pouring rain.

Pouring though it was, we were undeterred in our avian observation efforts. At the entry to Sandy Hook, we dipped on saltmarsh sparrows but noticed an unexpected quartet of Royal Terns amidst the anticipated avifauna. Along the Fisherman’s Trail on the north end of the Hook, known affectionately as the “Death March,” we encountered tons of towhees along with interesting species like Field Sparrow, Cedar Waxwing, Ruddy Duck, and Pied-billed Grebe. The real highlight, though, was the gargantuan flock of Tree Swallows that filled the horizon but soon came to engulf us. Standing in the midst of thousands of those fetching blue-green beauties while they whirled high above us or swarmed over the surrounding foliage like roosting Monarch Butterflies was a singular birding experience, the kind that keeps a birder coming back for more. Too bad the rain kept my camera in the car!

On the way back, we hit the Locust Grove, which contained a lovely swarm of songbirds. The great bulk of these were, as one might expect, Yellow-rumped Warbler, but we also identified Magnolia and Black-throated Blue, along with Scarlet Tanager, Golden-crowned Kinglet, and Winter Wren. The yellow-rumps were outnumbered only by the large mosquitoes so thirsty for our blood that they chased us to the safety of the local Audubon Center. Good thing, too. Not only did I find blessed solace from vermin there, but I met Laura of Somewhere in NJ, another wonderful local birder and blogger. That’s Sandy Hook in a nutshell: great birds and great birders everywhere you look.

The dismal weather broke just in time for me to make my long journey back to NYC. But first, we checked out Raccoon Alley with another gifted Jersey naturalist for some final prodigious passerines. We added Black-and-white Warbler and American Redstart to the day’s warbler list, Carolina and House to our wren list, and Indigo Bunting and Peregrine Falcon to the general cool birds list. There were certainly other interesting species to find at Sandy Hook that day, including an odd Mourning Warbler that had some thinking MacGillivray’s (what a sighting that would be), but I had to hit the road. But now that I know how sweet these Jersey birders have it at the Hook, I’ll certainly be back. I also expect an opportunity to return the favor by showing Patrick around Jamaica Bay. 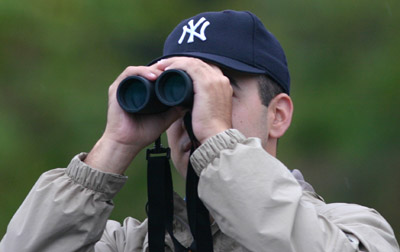