This post comes courtesy of Mrs Gannet who became rather taken with the Little Owl when we found him in Mote Park last month. It has recently been sitting proudly outside his hole in a great oak on the lawns in front of the big house and gave me the opportunity for some photos at last. Mrs Gannet insisted on seeing the pictures and gave them her usual effusive appraisal “Uh huh…. ” before suggesting that they should be the backbone for a 10,000 Birds post. There has been a Little Owl living in this hollow branch for at least 3 years as documented in Simon’s Mote Park Blog and it is assumed to be the same individual though I am not sure whether it is a she or a he.  Despite the nocturnal associations of its name, Athena’s favourite, may often be seen during the day and commonly sits out in a prominent position, making it the most often seen of the British Owls. Did I say British?

Actually Little Owls were introduced from Europe during the 19th Century and I believe that they were allowed to fly free indoors to help keep down the vermin populations. They integrated well and have been warmly welcomed as part of the UK’s wild avifauna now. They remain popular, unlike some football managers you could mention that had been similarly shipped in from overseas. They have more recently been introduced to the South Island of New Zealand, where they are known as the German Owl. As ever, controversy accompanied the introduction and accusations were made against the owl that it was killing native bird species. A study showed however that despite its very new surroundings, the owl was feeding, as it did in Europe, mostly on invertebrates and small mammals. Occasional birds taken were introduced aliens. The sudy suggested that the owl has yet to find a place in the hearts of the New Zealand bird fanciers. Back in the UK, it is very easily overlooked as evidenced by the walkers who passed under the oak with no idea that the owl was just above their heads. It withdrew when someone approached too closely , but on a mild February morning was quickly back out to sit proudly at the entrance to its hollow branch. I wanted to find a few snippets of exciting information to give you about the Little Owl and was trawling Google when I found Owl’s About That Then! a site dedicated almost exclusively to Little Owls. It was at this point that I realised the inadequacy of my post and began to understand my wife’s non-commital shrug at my photographs. 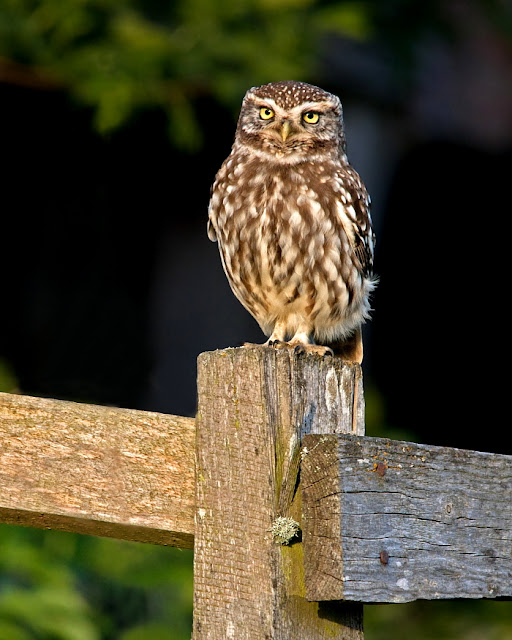 With beautiful pictures and an obvious love for his subject, Paul Riddle has been cataloguing the lives of owls at almost 200 sites that he has located around his home county of Leicestershire, recording succesful breeding in 114 of those sites. Where he gets the time to construct and fit his owl boxes as well as getting such fantastic pictures I do not know, but make sure you put a little time aside to visit his blog. 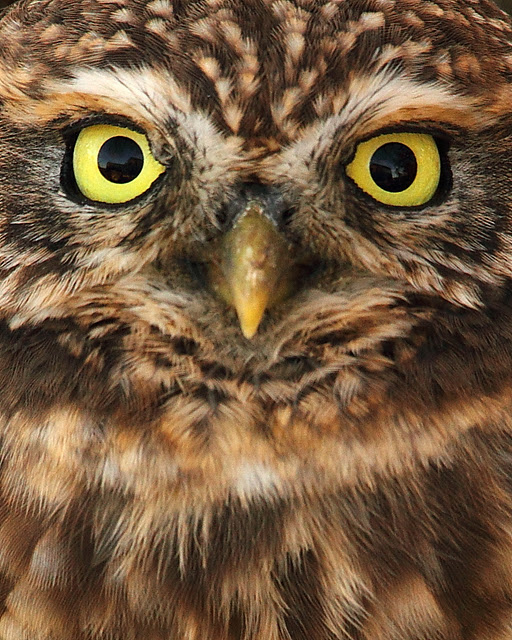 He has very kindly sent a couple of his pictures for your viewing pleasure. Enjoy them while I get back outside to practice.