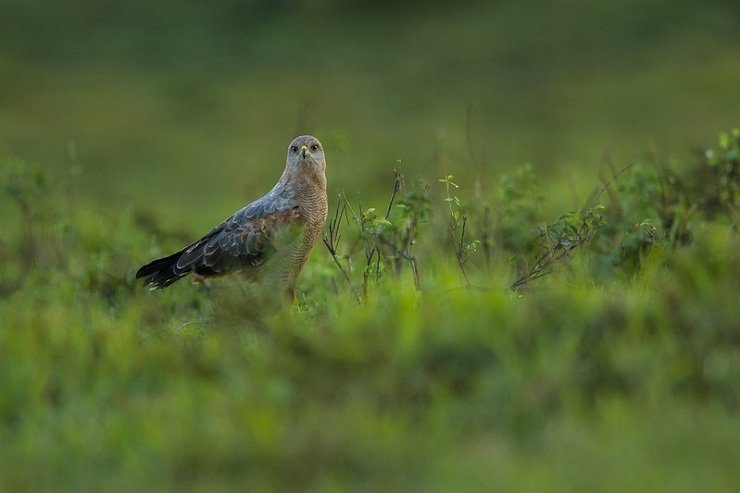 As I gather the relevant documentation for our upcoming CBC this Sunday I caught myself daydreaming of CBCs past. The very first CBC I attended was eight whole years ago – but I remember it quite vividly. A fact to which my wife will begrudgingly attest, as my memory is excellent when it comes to anything bird-related yet exceptionally poor otherwise.

It was late December, 2012, and I slotted into a sizable group under the joint leadership of two highly respected birders. I expected to learn a thing or two and possibly see some birds I had never seen before. At 6am it was still dark in the (relatively) high elevation rainforest where Golden-crowned Warblers fluttered just above the leaf litter, Collared Trogons and Hepatic Tanagers gathered to feed on the bounty of moths still on offer. Great Antshrikes were calling from the understory and the booming vocalization of Scaled Pigeons echoed across the valley. As prolific as the area was, the group was on the move.

A female Collared Trogon in the darkness.

Walking to a nearby location, one of the leaders grabbed me by the shoulder and pointed forward. “Tayra”, he whispered. Now – I knew what a Tayra was, and I was definitely aware that few people are lucky enough to see one. I strained my eyes on the distant vegetation, trying to make out any mammalian outline. Little did I know that it was much closer than I had assumed! It was crossing the road on an overhanging branch probably about 40 feet away. Never saw it. Interestingly enough, a similar situation with the same animal would unfold many years later – with a crushingly similar outcome for me. Third time’s the charm, they say.

The remainder of that CBC was uneventful, a lot of distant birds in thick and tangled vegetation or little to no light for photography. Just as we were trudging back up the hill, a lone male Summer Tanager made a brief appearance.

The following year, I was assigned to a different area. The group was significantly smaller, only myself and one other person. The area we were heading to was legendary in terms of birding – there are tales of White Bellbirds and Golden-rumped Euphonias – safe to say I was well and truly excited before the day even began. What actually unfolded was quite different from what I had expected, however. Firstly, the count was done on foot. Secondly, it was no casual walk. Seven hours in total, reaching halfway up the second highest peak on Trinidad, El Tucuche. While Stripe-breasted Spinetails accompanied us along the trails, not much was visible. I tried getting a view of Red-crowned Ant-tanagers to no avail.

Eventually we came around a bend on the trail to find that a tree had fallen across it. With no option of going around the fallen tree, we were forced to crawl under. I had a single thought on my mind whilst dragging myself forward on my stomach: Please let there be no vipers!

I don’t know if there were indeed any snakes under the tree, but as soon as I stood upright I noticed a massive fer-de-lance just on the side of the trail.

The following year, 2014, I elected to join a different group birding the lowland seasonal forest at the opposite end of the CBC radius from where I had that wonderful experience the year before. While we were expecting local specialties such as Moriche Oriole and Sulphury Flycatcher, the most interesting bird on entry was a lone Common Ground Dove.

The sandy forest yielded half-decent looks at several uncommon forest species such as this White-shouldered Tanager. This small tanager is widely distributed across Trinidad albeit much less common than the very similar White-lined Tanager.

By 2015 I was assigned to lead a CBC group for the first time. Taking my responsibilities seriously, we arrived early in abysmal weather. Perhaps I took it too seriously as nobody else from my group saw it fit to leave home that morning! Nevertheless our group (consisting of myself and one loyal friend) got some exceptional views of a pair of Pinnated Bitterns completely engrossed in a territorial dispute.

Extremely localized, Grassland Yellow-Finches are only found in a single pocket on Trinidad.

This hulking Peregrine Falcon was very accommodating to say the least.

Our jaunt for the CBC of 2015 turned out to be the first of many, as I have been assigned that area each count since then. Visitors to T&T may be familiar with the area – the famed Aripo Livestock Station. Access is restricted, and the livestock referred to are highly temperamental water buffalo. Birding here is interesting as it is a mix of wet pastures along the foothills of Trinidad’s Northern Range.

Notable birds of each CBC since then have been Savanna Hawk, Variegated Flycatcher, Golden-headed and White-bearded Manakins, Green-backed and Guianan Trogons, Red-breasted Meadowlarks and many more. This weekend we’re hoping for good weather and as many birds as possible!

Striped Cuckoos are often heard belting their strident calls across the fields – pinpointing their location tends to be another story. 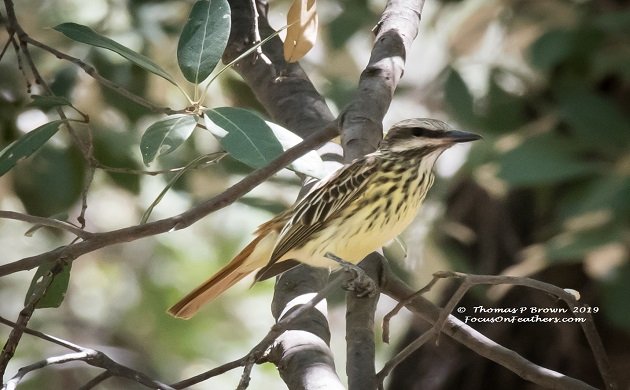 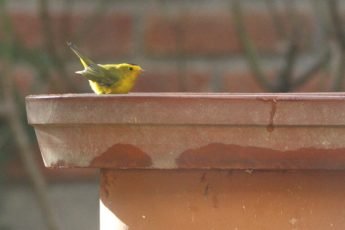