The Woodpeckers are one of the more popular of the avian families. What’s not to like about woodpeckers? They laugh, they bang their heads against dead trees, poles, and even houses, and they don’t think twice about visiting feeders. Those woodpeckers are some smart-looking birds, and Costa Rica has her fair share with 16 species that head-bang from the dry forests of the northwest to the high-elevation rainforests of the mountains. A local, brownish subspecies of the Hairy Woodpecker is one of this avian clan that resides in Costa Rica.

All woodpeckers are, by default, “cool”; here are some of the other Fonzies that live in Costa Rica: A male Hoffmann’s Woodpecker looking for a banana. Black-cheeked Woodpecker- the standard woodpecker of the Caribbean slope. A male Golden-naped Woodpecker. Can you believe that this species comes to feeders in some places? A Cinnamon Woodpecker pauses in the rain. A Lineated Woodpecker looking for ants in Costa Rica. A Pale-billed Woodpecker eats a grub in Costa Rica. Acorn Woodpecker coming to a feeder in the Dota Valley of Costa Rica.

Fortunately, most woodpecker species are fairly common in Costa Rica. That means that you can count on seeing several of these cool birds when the trogons, motmots, and umbrellabirds refuse to cooperate. 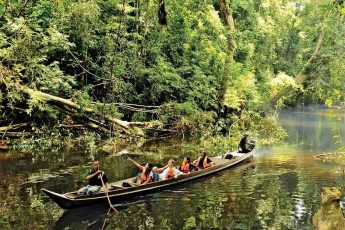