The LBJ: Avian Life, Literary Arts is a new biannual publication dedicated to, quite simply, birds and creative writing. The title “LBJ” suits this work well – whether referencing a Literary Bird Journal or Little Brown Job, only insiders can appreciate the recondite charms of an LBJ, whose virtues are lost to the uninitiated. So it is with written works richly striated with evocations of wild birds. While the fluid prose and feral verse delivered in the inaugural edition of The LBJ might speak to anyone with an ear for literate expression, these pages engage nature lovers on another level entirely. Or, at least many of them do.

I can’t speak to the merits of the majority of the poems included in this journal. Frankly, most free verse is lost on me. Notable exceptions are poems by Jack Collom, who not only magically conjures the unearthly menace of owls in an economy of words but also finds the wild soul in a season list.

The essays, on the other hand, hit the spot. The only author in the anthology with whom I was already familiar was David Gessner, a notoriously gifted nature writer whose most recent book is Soaring with Fidel, which I enjoyed quite a bit. Gessner is joined by Mike Freeman, Maureen Scott Harris, and Julian Hoffman among many others in tackling a plethora of natural, personal, and philosophical topics through a touchpoint of birds. The aforementioned authors were the ones I appreciated most but the long list of contributors surely promises bird-flavored literature suitable for every palate.

Judging the merits of individual pieces may speak to the quality of this collection but elides the essential issue. The question is not whether The LBJ: Avian Life, Literary Arts has merit; who would dispute that an anthology of wild bird inspired writing doesn’t fill a relevant niche? The question I asked was whether the editors of The LBJ exhibit an understanding of what an audience of literate birders might appreciate. Apart some gaffes involving the inclusion of works relating to caged birds, which probably do not belong in a collection targeted to this audience, the editors do seem to get it.

Bird watchers and, if you’ll pardon the shorthand, “bird writers” don’t begin and end with the objects of their inspiration. In many ways, the bird is the gateway to the self. The best works in this collection incorporate birds and birding as a starting point for contemplation and introspection. Not only thoughtful but thought-provoking, the journal as a whole spurs the reader to rumination of his or her own relationship with birds, nature, and the world. If the editors of The LBJ can imbue the next collection, due in the spring of 2009, with these same virtues – and I believe they can – it will be as worthwhile to read as this seminal edition.

On a tangential note, anyone who’s every visited – and gambled – in Reno, NV may be surprised that this journal is composed amidst what I imagine to be the vibrant hubbub of the University of Nevada-Reno English Department. But the Biggest Little City in the World is located in an area of dramatic natural beauty. Birders who can pull themselves away from the slot machines can target all kinds of grouse, woodpeckers, raptors, and western montane species. Those are gambles I’m willing to take!

Until the list of locations where you can find The LBJ: Avian Life, Literary Arts is available, the best way to ensure you don’t miss the next edition is to subscribe. 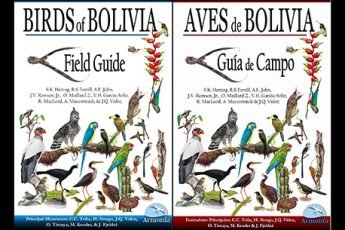