Ron Pittaway has published his winter finch forecast for the winter of 2014-2015. Though Ron is based in Ontario his reports are eagerly anticipated by birders across the northeastern United States and eastern Canada because it takes into account a vast array of data to figure out which irruptive species might show up where. Below is a slightly elided version which removes some of the Ontario-specific information and leaves just the meat of the forecast. Photo illustrations by yours truly have been added. For a full version of the forecast, head here. Enjoy, and good luck finding winter finches this year – you’ll need it!

This winter’s theme is a “mixed bag” of finch movements. For example, some species such as Purple Finch will go south while White-winged Crossbills will likely stay in the boreal forest in widely separated areas where spruces are laden with cones. Common Redpolls should move into southern Canada and the northern states because birch seed crops are thin to average across the north.  See individual finch forecasts below for details.

Key trees affecting finch movements in the boreal forest are spruces, birches and mountain-ashes. Spruce cone crops are variable in Ontario. Crops are excellent around southern James Bay and very good to excellent west of Lake Superior. Crops are mostly poor elsewhere in the province such as Algonquin Park in central Ontario. The heavy spruce cone crop around James Bay extends east in a broad deep band across north-central Quebec into the Gaspe Peninsula. East of Ontario cone crops are generally poor in the Atlantic Provinces, New York State, New Hampshire and other northern New England States. West of Ontario cone crops are poor in the boreal forest in Manitoba and Saskatchewan but improve westward with average crops in southern Yukon and excellent crops in Alaska. Birch seed crops are poor to average in the boreal forest. Mountain-ash berry crops are very good to bumper across the boreal forest, but crops are low in northeastern Ontario and poor in Newfoundland.

Forecasts apply mainly to Ontario and adjacent provinces and states. Three irruptive non-finch passerines whose movements are linked to finches are also discussed. There will be local exceptions to individual forecasts. You can follow the movements of winter finches this fall and winter on eBird.

Pine Grosbeaks should make a small flight into central Ontario because mountain-ash berry crops are low in northeastern Ontario. However, mountain-ash crops are excellent in north-central Quebec and in northwestern Ontario with excellent crops extending west across the boreal forest to Alaska so grosbeaks there may not move far from these areas. At feeders they prefer sunflower seeds, and also watch for them feeding on European mountain-ash berries and ornamental crabapples. Last winter many Purple Finches stayed in the boreal forest because of bumper seed crops there. This fall most Purple Finches should migrate south of Ontario because many coniferous and deciduous tree seed crops are much lower in central and northeastern Ontario. When Purple Finches leave Ontario in October and November, they return in mid-April to mid-May to breed. At feeders purples prefer sunflower seeds. Old-timers remember when Purple Finches were much commoner than they are today. The principal cause of the decline may be the absence of large outbreaks of spruce budworm.

Red Crossbills will be scattered in the Northeast this winter because cone crops are generally poor. Expect some in Ontario where red and/or white pines have locally good cone crops. A few Red Crossbills were reported this past summer north of Lake Huron. Red Crossbills comprise at least 10 “call types” in North America. However, the types are usually impossible to identify without recordings of their flight calls. Matt Young (may6 at cornell.edu) at The Cornell Lab of Ornithology will identify types if you send him your recordings and this will help with his ongoing research. Matt reports that Type 10s have been moving around the Great Lakes and Northeast for a few months and Pascal Cote of the Tadoussac Bird Observatory in Quebec reports a small movement of Type 3s.

This crossbill will be mostly absent this winter from central Ontario such as in Algonquin Park because spruce and hemlock cone crops are very poor there. White-winged Crossbills move east and west like a pendulum across North America searching for bumper cone crops. In the Northeast they should winter in numbers around James Bay and east across north/central Quebec into the Gaspe Peninsula where spruce crops are heavy. Pascal Cote reports that White-winged Crossbills are currently abundant in boreal areas of Quebec such as Charlevoix and Chibougamau. They are unlikely to irrupt south in numbers because the excellent spruce cone crops in Quebec, northwestern Canada and Alaska should keep this crossbill within the boreal forest.

Watch for Hoaries this winter mixed in with flocks of Common Redpolls. The “Southern” Hoary Redpoll (nominate subspecies exilipes) which breeds south to northern Ontario is the usual subspecies encountered. It is rare but regular in redpoll flocks. “Hornemann’s” Hoary Redpoll (subspecies hornemanni) was once considered a great rarity south of the tundra, but it has been documented with photos in recent years with four records accepted to date by the Ontario Bird Records Committee.

Siskins were observed in numbers this summer around southern James Bay and in southern Yukon. They will move east and west this fall searching for areas with excellent spruce cone crops. Siskins should winter in Alaska and north-central Quebec where spruce crops are excellent. However, those that fail to find adequate cone crops will probably wander south where they will frequent bird feeders with nyger seeds in silo feeders. Siskins are often detected by their wheezy clee-ip call, which is the best way to identify them in flight.

Very small numbers of Evening Grosbeaks should move south this winter into southern Ontario and the Northeast because tree seed crops are generally poor farther north. This past summer, Tyler Hoar reports the lowest number of Evening Grosbeaks that he has seen around Lake Superior and in Quebec’s Laurentians in four years. Breeding populations are now much reduced from the population peak during the 1940s to 1980s linked to large outbreaks of spruce budworm. The feeders at the Visitor Centre in Algonquin Park should have some grosbeaks this winter. At feeders Evening Grosbeaks prefer black oil sunflower seeds.

Expect a good to heavy flight (many more than last year) moving westward along the north shorelines of Lakes Ontario and Erie because the acorn, beechnut, hazelnut and soft mast crops averaged low in northeastern, central and eastern Ontario. However, acorn crops were much higher in the Carolinian Zone south of Toronto. Expect fewer Blue Jays at feeders in Ontario this winter because many jays will migrate out of the province this fall. This nuthatch is a conifer seed specialist when it winters in the boreal forest. Cone crop failures cause irruptions. It began wandering southward in mid-summer indicating that boreal finches would also move this fall and winter. Many but not all Red-breasted Nuthatches should move south this fall because white spruce cone crops are generally low to average (some bumper crops) across much of the boreal forest. At bird feeders Red-breasted Nuthatches prefer black oil sunflower seeds, chopped peanuts and suet.

Most Bohemians should stay in the north this winter because the mountain-ash berry crop is generally very good to excellent across most of the boreal forest except in northeastern Ontario. When Bohemians move south they are attracted to berries on European Mountain-ash, small ornamental crabapples and buckthorn berries. With the recent breeding range expansion east across northern Quebec and the annual abundance of buckthorn berries in settled areas, Bohemians now occur every winter in varying numbers in southern Ontario, southern Quebec and New York State.

7 Resolutions for Birding Costa Rica in 2021 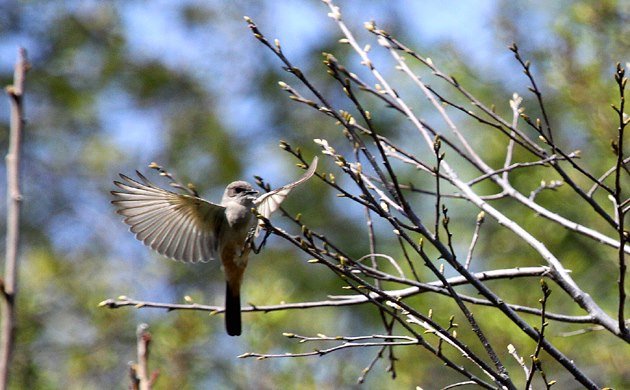 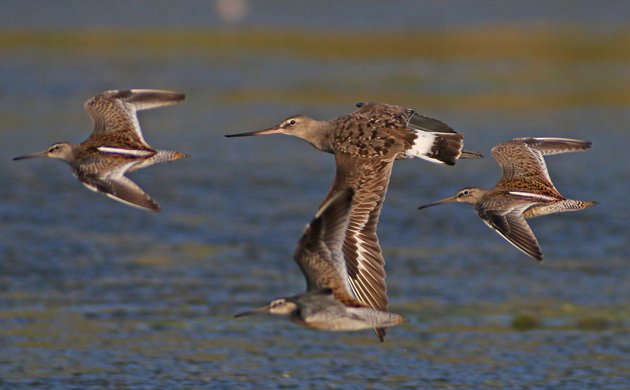