Living in New Zealand is fun and all, don’t get me wrong. Sure, there are no woodpeckers here and very few places you can get a decent donut, and everything is quite a bit more expensive than you think it should be, but I still choose to stay. Every now and then, however, the urge to go home becomes impossible to resist, and the day I’ll have to spend in the air be damned. And that day of travel is quite a deterrent, along with the cost. But the last time I went home I found I managed to hit upon the solution; breaking the flights up with some brief but refreshing layovers.

The first of these was in the fine capital of Malaysia, Kuala Lumpur. KL, as it is widely known, has a reputation as a great place to cram in a days birding, in the form of day trips from the centre out to a number of (in some cases) world famous locations. I had planned to do just this and go to the Genting Highlands when I rocked up to the central station, but I was forgetting how popular the place is and would not be able to leave until two in the afternoon, which wouldn’t leave much time for birds. Plan B was to hit some of the parks that KL has, and by a happy coincidence a huge park is right next to the central station.

After crossing a terrifying series of roads that circle the central station, and at the same time becoming acquainted with how hot and muggy the tropics can be for the first time in a long time, I reached the edge of the park. Almost immediately I saw, up in the canopy of a tree, my first lifer of the day, some Asian Glossy Starlings. Whether or not species are lifers or not in Asia for me is actually something of a guess, as my note-taking when I visited the region 10 years earlier could charitably be described as sloppy, and while I have some lists I lost a lot of sighting.

Soon afterwards I managed a few more birds, including introduced Javan Mynas, lots of lovely Peaceful Doves, a large and impressive White-throated Kingfisher, an perky family of Oriental Magpie Robins, and a Black-napped Oriole. But it wasn’t until I saw the next bird did I feel I was back in the Old World (or any world that wasn’t Australia or New Zealand) for the first time in four years, a trio of Common Flamebacks. Now to my mind no bird called a flameback should be saddled with the name common, but I cared not, it was lovely to see woodpeckers anyway, and these are a particularly lovely species of woodpecker. At this point I retreated back to the station to cool down a moment and regroup my thoughts. Having done so I decided to head for a larger, more natural park, Bukit Nanas, which is the hill upon which sits some massive not remotely phallic tower that is a landmark in Kuala Lumpur. I caught a taxi to interpretive centre on the edge of the park, a dark and musty building at the foot of one of the hills. Here, just before I was about to set up the hill, the skies opened up in a massive way, so I sat out a storm on the veranda of the centre, and watched a family of Yellow-vented Bulbuls bathe and drink till the weather improved.

The storm made the weather more tolerable but seemed to do something to the birds, and I had a fruitless number of minutes finding nothing much of anything. Finally my luck changed in the form of a troop of Silvered Langurs, a lovely species of leaf-monkey with dark black fur that contrasts astonishingly with the bright orange fur of youngsters. Around the same spot I found a nesting pair of Yellow-vented Bulbuls, a Common Tailorbird, which is a species I do remember seeing before, and best of all some loud calling drew my attention to a pair of beautiful Golden-fronted Leafbirds. This was a family I have wanted to see since I first saw their pictures in a guide book ten years earlier, and made the day for me. I felt happy enough with this to retreat back to the station, climb on board the express train to the airport, check into my hotel and crash for a bit.

It wasn’t even like that was the last I saw, either. In the highly urbanised Kuala Lumpur I managed both House Crows and Large-billed Crows.The airport express was too fast to identify much but I did see a Cinnamon Bittern, some Red Junglefowl and a rather unexpected hornbill, which I would call a Helmeted Hornbill based on the tail alone but for the fact it had no business being there. Finally as I lounged in the pool after a long night’s flight and a hard days slogging in the humitity I did managed to add Asian Koel, Olive-backed Sunbird and Tree Sparrows. The thing about layovers is that your energy doesn’t always match what you want to do. In this case I wasn’t too bothered, as I was returning for a week on the way back. I won’t have that on my trip home this Christmas, where I have 24 hours in Bangkok on the way home and 24 in Hong Kong on the way back. There’s a lot of potential in those two days, but will I be able to make best use of them? We’ll see.

So what’s been your best layover? 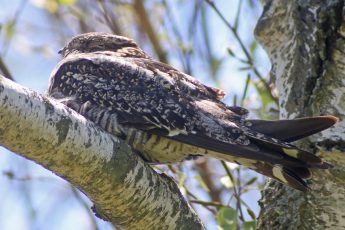