A Baja Endemic, the Gray Thrasher 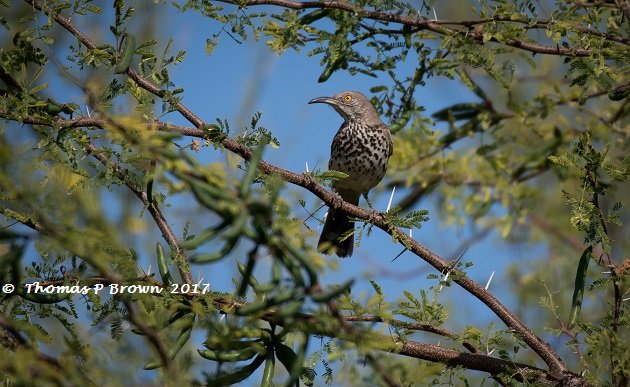 With its bright yellow eyes, and bold arrow shaped breast markings, the Gray Thrasher, Toxostomsa cincerum is one of my favorite photography targets. This relatively large bird, 10-11 inches, makes for a pretty easy identification with in its region. The size, larger down curved bill, and the fact that it is the only thrasher on the southern Baja certainly helps. 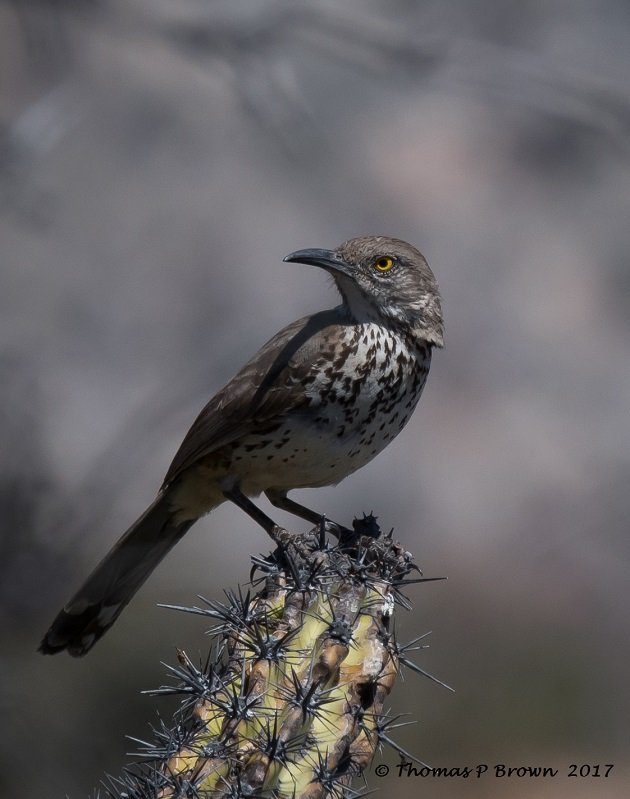 The Gray Thrasher is polytypic, and the two subspecies are divided by the two major regions of the Baja. T. c. cinereum is found where I live, on the southern half of the Baja, below latitude 28° N. The T. c. mearnsi can be found on the northwestern part of the Baja, from 28° N. to 31° N. While both subspecies are quite similar in appearance, the northern mearnsi has a tendency to have a heavier, darker breast markings.

The voice, much like all thrashers is extremely varied, from a soft whirring, to a gravelly cherk. Much of the vocalizations are done in threes, and I find the there can be quite a bit of personalized melodies, from bird to bird. 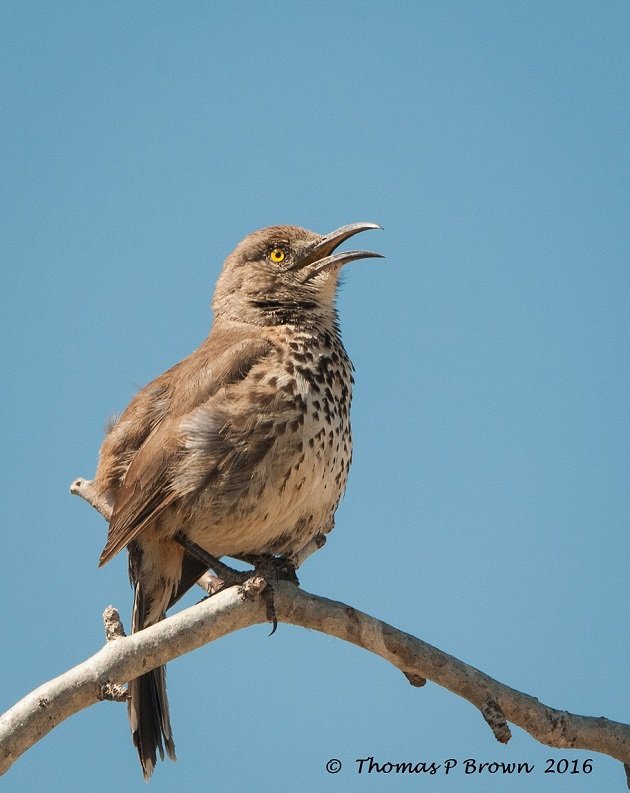 The young birds are slightly more muted in color, and do not get their parents bright yellow eyes, until they reach maturity. 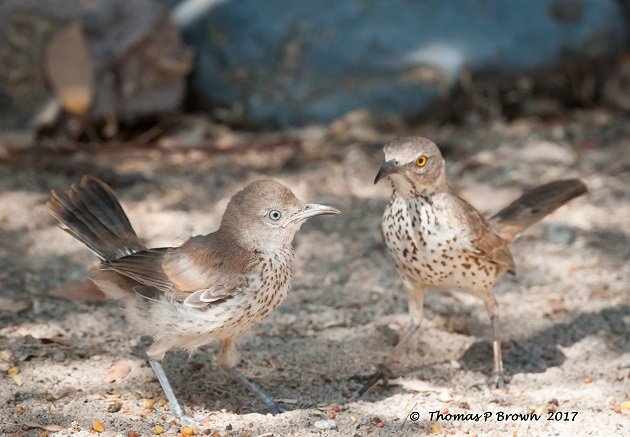 I have found them, at least in this area, to be some what territorial, and easy to locate. This makes it very nice for whenever I need a new set of photos, or just want to get my Baja endemic fix. 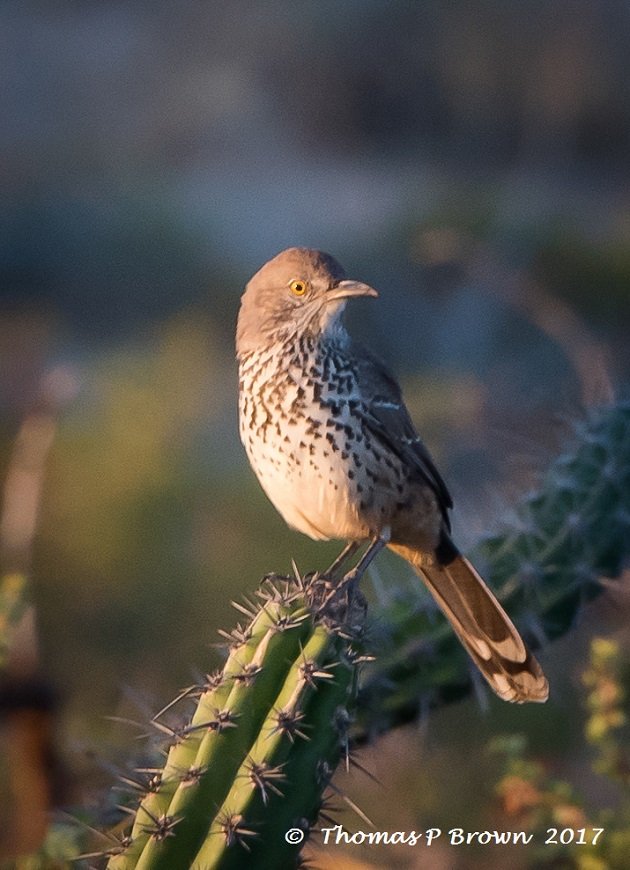 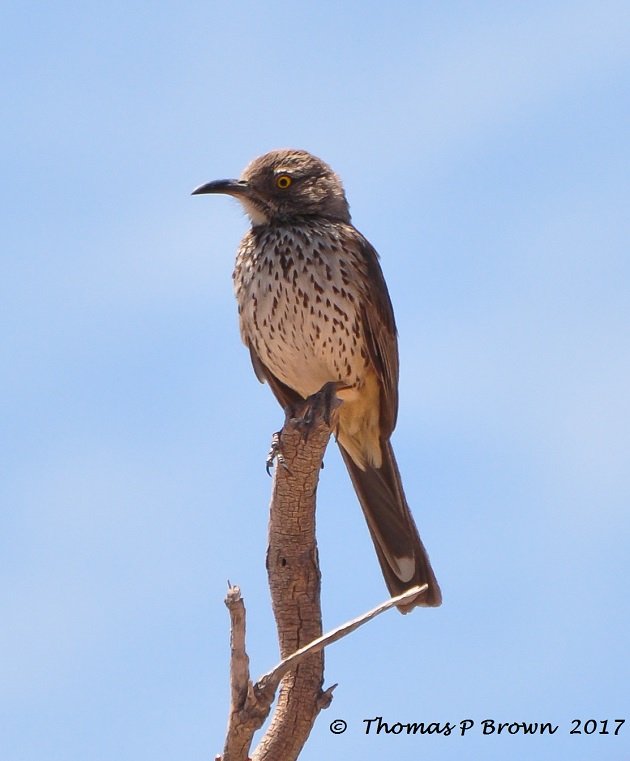 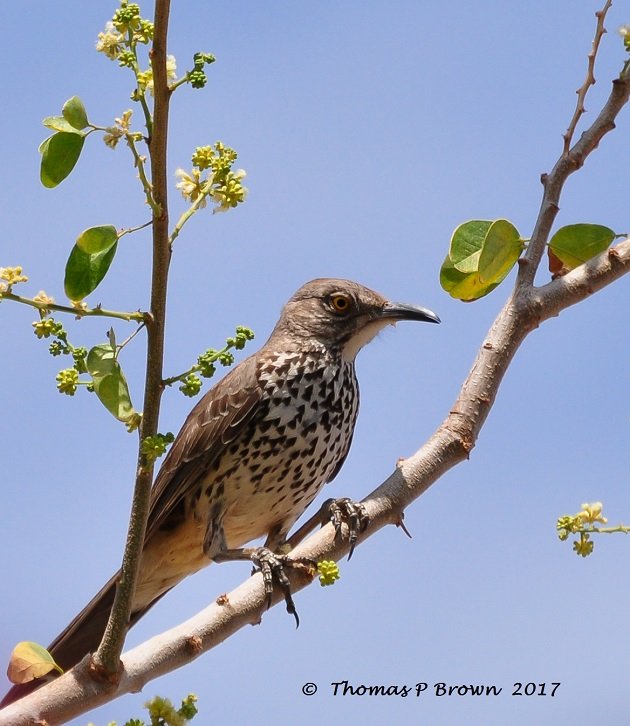