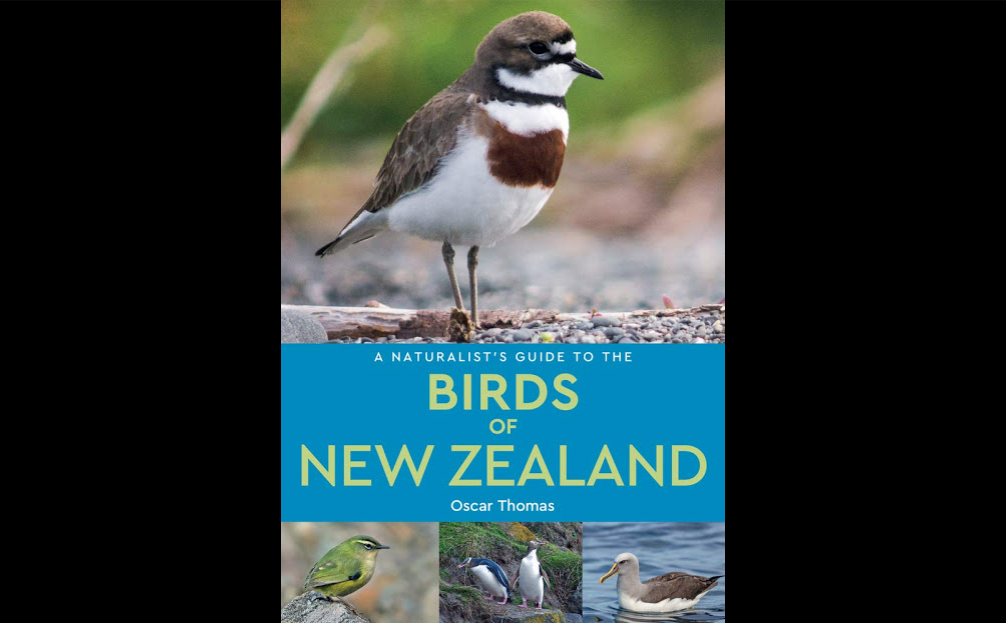 Photographic nature guides have been with us for a long time, but have reached their adulthood only recently. There are some magnificent photos of birds from the early 20th century, magnificent even by today’s standards. However beautiful, they were black and white and not really suitable for bird identification purposes. Then the colour came, but it was quite expensive and while professionals were shooting impressive images, numerous amateurs had to satisfy themselves with way inferior photographs. Finally, not so long ago digital photography opened doors to a never before seen number of amateurs shooting at professional level, including one of New Zealand’s youngest nature photographers, Oscar Thomas.

A Naturalist’s Guide to the Birds of New Zealand by Oscar Thomas is a photographic guide without a single poor photo. Actually, most of the photos are excellent, and there are only a few merely documentary (but still good) shots.

In 176 pages, this smallish and easy to carry book (180 x 128 mm / 7 x 5”) covers 238 bird species (239 says the publisher’s website), out of the total of about 390 species, a quarter of them endemic (endemics-wise, New Zealand it the tenth richest country in the world). The emphasis of the book is on the species “that are unique, endemic and most commonly encountered in the field.” 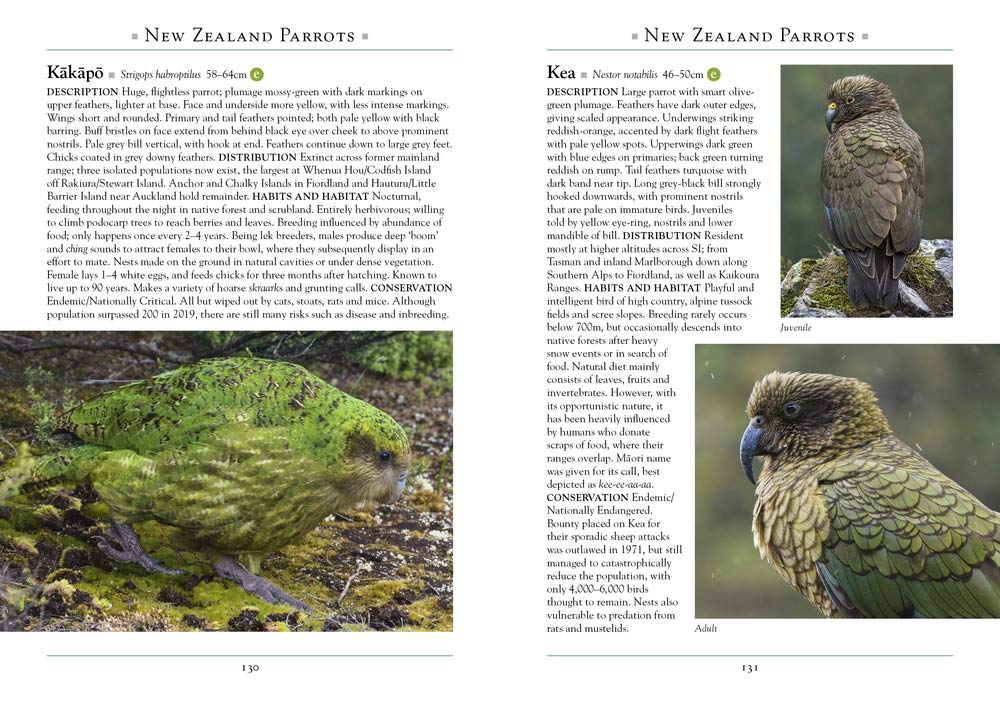 The book starts with a map of New Zealand with 27 birding areas marked on the North Island and a further 23 areas on the South Island. The short introduction covers climate, vegetation and biogeography. Bird photographs by Oscar Thomas and 22 other nature photographers are accompanied by detailed species descriptions, which include nomenclature, size, habits and habitat. Where available, a Maori name is also mentioned.

While it may not bother New Zealand nature lovers that much, foreign visitors will hate one thing: the lack of range maps, with a short description of a species distribution instead. A problem with that is, not being familiar with local geography, many valley, mountain or other place names mentioned will only further confuse a foreign visitor (I still remember a South African police officer telling me how to reach a particular part of Pretoria “from this street to that street”, like if I knew the local street names, or had a decent city map, for that matter).

The guide ends with a checklist of all of the birds of New Zealand encompassing, for each species, its common and scientific name, and the IUCN status. There is also a listing of half a dozen useful websites, index of birds (both English and scientific names lumped) and physical geography map of New Zealand showing various island groups that make a part of this country.

Birders visiting New Zealand can expect about 140 bird species in two weeks, but the real focus of most of these tours are the endemic species and six endemic families. Hence, trying to understand how useful the selection of 238/239 could be, I turned to eBird. At the moment, there are 357 species recorded in New Zealand, indicating that the missing 40 are vagrants. Quite a few of the 357 must be vagrants, too. Based on more than a quarter of a million checklists submitted, there are only 98 species that are recorded in one per cent or more checklists, indicating that the remaining 259 species are somewhat uncommon or localised.  In other words, the figure of 238 covered in the Birds of New Zealand offers almost everything a foreign visitor can hope to see.

If you are a hard-core birder aiming at the highest possible tally of endemics, you already know that you need a field guide covering all local species and with the respective range maps. A Naturalist’s Guide to the Birds of New Zealand is a great choice for a novice-birder, general nature lover, or a spouse and a travelling partner of that hard-core birder who would like to be able to recognise the commoner species without anyone’s help.