Cyprus’ attractiveness to traveling birders is largely a result of its endemic species – the Cyprus Warbler (Sylvia melanothorax) and the Cyprus Wheatear (Oenanthe cypriaca). The whole of their populations breed only in Cyprus every year. Happily, they’re not difficult to see if you come here, and their populations are reasonably large considering their limited breeding ranges. But this might not always be so. Cyprus Warbler may be threatened by its sister species, the Sardinian Warbler (Sylvia melanocephala).

And the Sardinian Warblers were making themselves felt by their cousins, the Cyprus Warblers. Anecdotally, birders noticed pretty quickly that the Cyprus Warblers were no longer breeding in some of the areas that the Sardinian Warblers had moved into. So a pair of ornithologists, Derek Pomeroy and Frank Walsh, got together to conduct a study whose findings were reported in The Oryx in 2002. The paper, A European endemic warbler under threat? Population changes in Sylvia warblers on the island of Cyprus, concluded that:

Observations of the western population show that its range is still expanding and that the endemic Cyprus Warbler has declined in the areas colonized by the Sardinian Warbler. However, the Cyprus warbler is still present in most of these areas, and hence, although the Cyprus Warbler is a species of European Conservation Concern [because of its limited range], the current situation requires further study rather than alarm. The Sardinian Warbler is the more numerous species at lower altitudes, whilst the Cyprus warbler is more common at higher altitudes, especially above 500 m. Within their areas of overlap, both Cyprus and Sardinian Warbler populations occur throughout almost all habitats; natural, semi-natural and agroecosystems.

Unfortunately there hasn’t been so much study of this since.

For my own experience, I arrived well after the Sardinian species invasion took place, and since I’ve been here the spread of the Sardinian range seems to have remained relatively stable. Localized patches still exist in the Paphos area where Cyprus Warblers are still breeding. But about a year and a half ago Sardinians were first noted breeding as far East as Akrotiri.

So what does this mean for the long-term stability of the endemic species? Well the two species nest in mostly the same habitat, and have basically the same diets, so I would think the Competitive Exclusion Principle would eventually become evident here. That’s one of the basic principles of modern ecology, sometimes referred to as Gause’s Law of competitive exclusion, which states that “two species competing for the same resources cannot coexist if other ecological factors are constant. When one species has even the slightest advantage or edge over another, then the one with the advantage will dominate in the long term. One of the two competitors will always overcome the other, leading to either the extinction of this competitor or an evolutionary or behavioral shift towards a different ecological niche.”

Pomeroy and Walsh didn’t have the data to support Gause’s Law in operation between these two warblers, but they clearly agreed that it was probable that it would eventually become apparent. If you have access to the article you can see its analysis of documented shifts in biogeography of other Sylvia warblers in the Mediterranean basin (Discussion section of the article). For instance, the observed replacement of Balearic Warblers (S. sarda balearica) by Dartford Warblers (Sylvia undata), driving the former to local extinction on Menorca within five years of the first reported breeding of Dartfords there (1975).

They also mention the near total replacement of Spectacled Warbler (Sylvia conspicillata) by Sardinians on Malta, albeit in a much less abrupt shift. While the first breeding Sardinians may have occurred in 1884, it was not until 1981 that Spectacled Warblers experienced a drastic decline, and they are now very rare on Malta.

So what will the tale of these two warblers be? That story is still in progress. 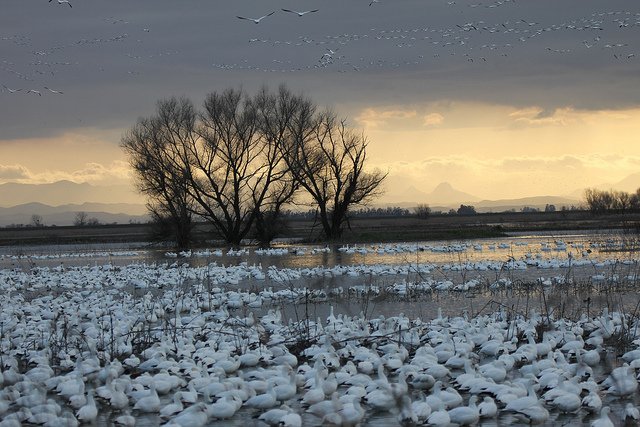