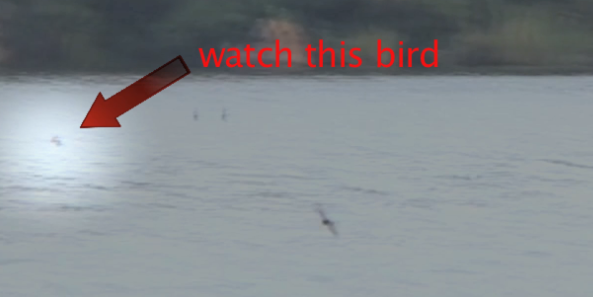 I’ve only seen Tigerfish (Alestidae, genus Hydrocynus, usually Hydrocynus goliath) in two contexts, but I’ve seen a lot of them. One is on the plate, as dinner. The other is in the form of a fossil excavated from a paleontological site. You probably have to go to a resturant in Botswana or South Africa to find Tigerfish on the menu. To find them on certain ancient sites all you have to do is wet-screen enough sediment through fine mesh. The teeth, being made of durable enamel (not common in fish) are readily discovered.

Once, an Earthwatch volunteer wet-screening on a 2.5 million year old site brought me a tiny white enamel tooth, thinking it to be an important find. As I was just starting to examine it, a famous paleontologist who happened to be passing by came over to look, and immediately determine that it was a fossil primate tooth, a very rare find indeed. So, I put it in a special container and months later, state-side, I showed it to a world-famous fossil mammal expert who said, “Why are you showing me this Tigerfish tooth? I’m a world-famous fossil mammal expert. Send this to the fish lady in New Jersey!” Which I did. Tigerfish are, like many other African fish, extreme predators. They are the piranha of Africa, except probably less speciose and, generally, bigger. They can get to 100 pounds.

So, the other day I was looking at my Twitter feed and noted a story about African Tigerfish eating birds.

People who live among the African Tigerfish have been known to claim that they will leap out of the water and take down a bird in flight, but this is one of those things you hear from the locals but maybe don’t fully believe. If you listen to people who grew up in a particular environment, and whose culture is tied to that environment, it is easier than one might think, in my opinion, to tell the difference between the plausable or even likely on one hand and the fantastic on the other hand. The Tigerfish eating bird thing does not have the hallmarks of a fantastic thing. But, until recently this has not been confirmed by science.

The story I saw on my Twitter feed referred to scientists from North-West University in Potchefstroom, South Africa, working in the Mapungubwe National Park in South Africa. That struck me as strange at first. I’ve worked in the Mapungubwe Park myself, and as far as I was aware, there were no lakes there. But on further inspection it turns out that there is a small dam (in South Africa, “dam” means “lake” formed by a dam) that I had not personally come across.

According to a report in Nature:

This is the first confirmed record of a freshwater fish preying on birds in flight, the team reports in the Journal of Fish Biology. Rumours of such behaviour by the African tigerfish (Hydrocynus vittatus), which has been reported as reaching one metre in length, have circulated since the 1940s. But Smit says that his team was “never really convinced by the anecdotal reports”. So, when they set out to study of the migration and habitat use of these animals in a South African lake in the Mapungubwe National Park, near the border with Botswana and Zimbabwe, they were not necessarily looking for fish flying out of the water. It turns out the fish are going after Barn Swallows (Hirundo rustica). The researchers noticed the fish taking swallows at a rate of up to 20 a day. I should mention that this dam is not very big. So that is a lot of swallows. Swallowed.

Go to the Nature link to see a video of the fish eating the bird.

Also, other fish eating other birds are here.