Driving down Rupert Road you will undoubtedly see lots of birds as you make your way toward the Anderson River Park entrance. As you enter the park, across from the boat ramp, on your right, there are soccer fields where the Yellow-billed Magpies hang out. Atop one of the soccer field light poles is an Osprey nest. The top photo was taken in June of 2009 when I witnessed this Osprey’s maiden flight from the nest. Yes, that is a Western Kingbird harassing the poor youngster. Like I said, Anderson River Park never disappoints.

This is one birding location that delivers in all seasons. Fall brings in a stream of south-bound migrants and in winter we find several species of ducks and gulls on the river and ponds. In the Spring you will see migrant warblers working their way along the river and Yellow-billed Magpies nesting in the large oaks near the paved parking lot. Leaving the parking lot next to the amphitheater, a paved trail starts you off next to a small cove on the left where resident Wood Ducks can be found. Just beyond the duck cove, as you come to the river proper, you may hear the rattle of the Belted Kingfisher that fishes the river there.

The path that leads you along the river’s edge holds many surprises. Double-crested Cormorants are seen winging their way up and down the river, Great Blue Herons and Great Egrets fish along the banks. Black Phoebes hawk insects from riverside perches and skim bugs from the water’s surface

as Yellow-rumped Warblers glean insects from the overhanging trees This day I caught sight of a first year Glaucous-winged Gull scavenging on a salmon in the middle of the Sacramento River.  (As always, click on images for full sized image) At one point, the bird lost its prize to the swift moving water and had to make a dive for it. Here’s a short video of the gull feeding and then diving:

Anderson River Park is a 440 acre city park that borders on the Sacramento River in northern California (see map). It is also home to my local wildlife rehabber, Shasta Wildlife Rescue and Rehabilitation. These fine folks rescue and rehabilitate over 1500 birds and animals every year.

With over 150 species of birds having been observed at Anderson River Park, there may be a few you could add to your list. You can see the entire list here. 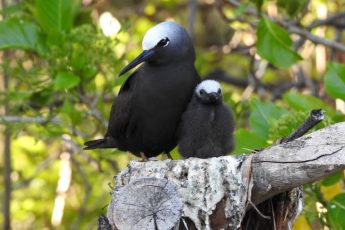