The American Ornithologists’ Union published the 53rd supplement (PDF) to its North American list last week, making official many long-speculated changes and rejecting others, much to the delight (and occasional consternation) of birders across the land. Here, I present not a full detailing of the supplement’s contents but some highlights and reflections based upon my own interests and peculiarities. I include links to other excellent coverage at the end and also welcome your reactions and questions.

Falcons split from hawks to join parrots and songbirds

Unanimously, the committee voted to remove falcons (Falconiformes) and parrots (Psittaciformes) from their current positions in the list and place them before the songbirds (Passeriformes), more closely to reflect the relationships between these three great orders. I wrote about this last year. South American seriemas also belong with this newly recognized group, as explained in my earlier post. Last fall, a new study strengthened the case for these sweeping changes.

In my opinion, it’s hard to point to a more significant shift in our understanding of higher-level systematics in recent years, and to me, this is the most exciting change in the 53rd supplement. But as I and others have said before, it does raise a very practical question about what field guides, which have for the most part been slavishly devoted to taxonomic order, are going to do. On one hand, I think people should learn about bird systematics, but on the other — having arrived in many a wonderful new land filled with completely unfamiliar birds — I certainly appreciate the need to group similar-looking species together to make identification possible, which after all is probably what most people consider to be the primary purpose of a field guide. Shakeups for shearwaters and murrelets

House, Purple, and Cassins’s Finches have been moved from genus Carpodacus to genus Haemorhous because they are not closely related to Old World Carpodacus rosefinches. This is interesting to me because researchers recently determined that the spectacular (and spectacularly demolished) Hawaiian honeycreeper radiation arose from stray Eurasian rosefinches that found their way to the emerging archipelago long ago.

The AOU currently puts a hodgepodge of finches (including rosefinches and the New World species now classified in Haemorhous) in subfamily Carduelinae and honeycreepers in Drepanidinae. This needs to change — Carduelinae needs to be split apart; John Boyd shows us how.

I’ve seen some speculation on the origin of the genus name Haemorhous. According to the Helm Dictionary of Scientific Bird Names, it is derived from the Greek words haima (blood) and orrhos (rump). No new name for Inca Doves

Despite an impassioned screed from Van Remsen, the committee opted not to change “Inca Dove” to “Aztec Dove.” But the vote was closer than I expected — 4 for and 5 against with one abstention, and one of the nays noted that he changed his mind from yes to no. So apparently we almost got an Aztec Dove!

No Savannah Sparrow split, but question was “how” not “if”

James Rising put forward (again) a proposal to split the Savannah Sparrow (Passerculus sandvicensis) into up to four species — one widespread species and three (Large-billed, San Benito, and Belding’s) restricted to the Pacific coast of California and Baja. Seven of 10 committee members voted for a split of some sort, but the options were so numerous that no single approach emerged as the path forward, so all populations remain lumped. But it seems as if one or more splits is just a matter of time. 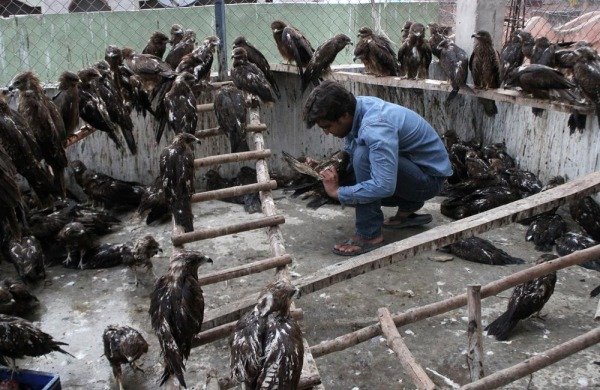 « Previous post
Where Are You Birding This Final Weekend of July 2012?
Next post »
One Less Birding Magazine