In my previous blog Bird Photography Equipment Lens and filters I compared two telephotos which I use regularly, the 300 f/4 IS USM which is an excellent prime lens, and the 100-400 f/4.5-5.6 IS USM is the best zoom lens commonly used for bird photography.  I also tried the Canon Extender EF 1.4X II and found that the 300 f/4 worked well but the image quality was never superior that the 300 f/4 by itself.

Recently I tried the Kenko C-AF 2X  Teleplus Pro 300 DGX with my Canon 7D and the 300 f/4 lens.  To my utter surprised it worked!  I had read that this was not possible since the 2X raised the f stop by two-stops making it a 300 f/8.   In this particular case this combination raised the f stop to 8, as expected, but the camera was able to focus.  I tested this combination extensively and found that the 7D would focus but only under good light conditions.  But… after some more testing , I found that the 7D focusing system has more sensitive focusing points on the right or left sides of the 19 point AF system.  After multiple test I found that the 7D will focus under all normal conditions with the Kenko 2X by using the Zone AF set to the right or the left sides as show below:

So now I have a 600 mm f/8 lens with autofocus and Image Stabilization. How good is the image quality? Here are two images (cropped) taken at the same distance and you can be the judge: Dont try this with a Canon Extender, the camera will not focus!

To top it all, I am now a proud owner of the the new 5D Mark III and it too works with the 300 mm f/4 + 2X Kenko. It focuses perfectly well even at reasonably low light conditions at f/8!  Again Canon says this is not possible.. 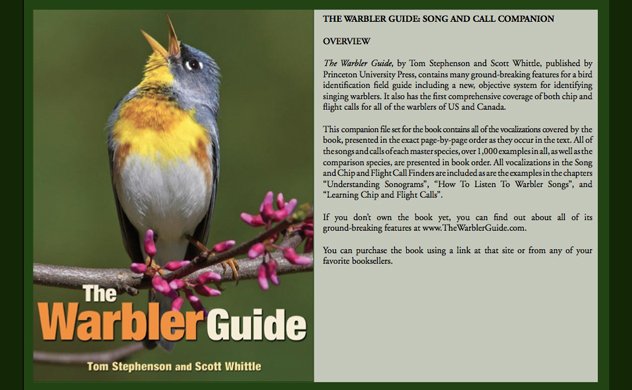 The Warbler Guide Song and Call Companion: A Review and a Little More

Kaufman Field Guide to Nature of New England: A Field Guide Review by an Aspiring Naturalist