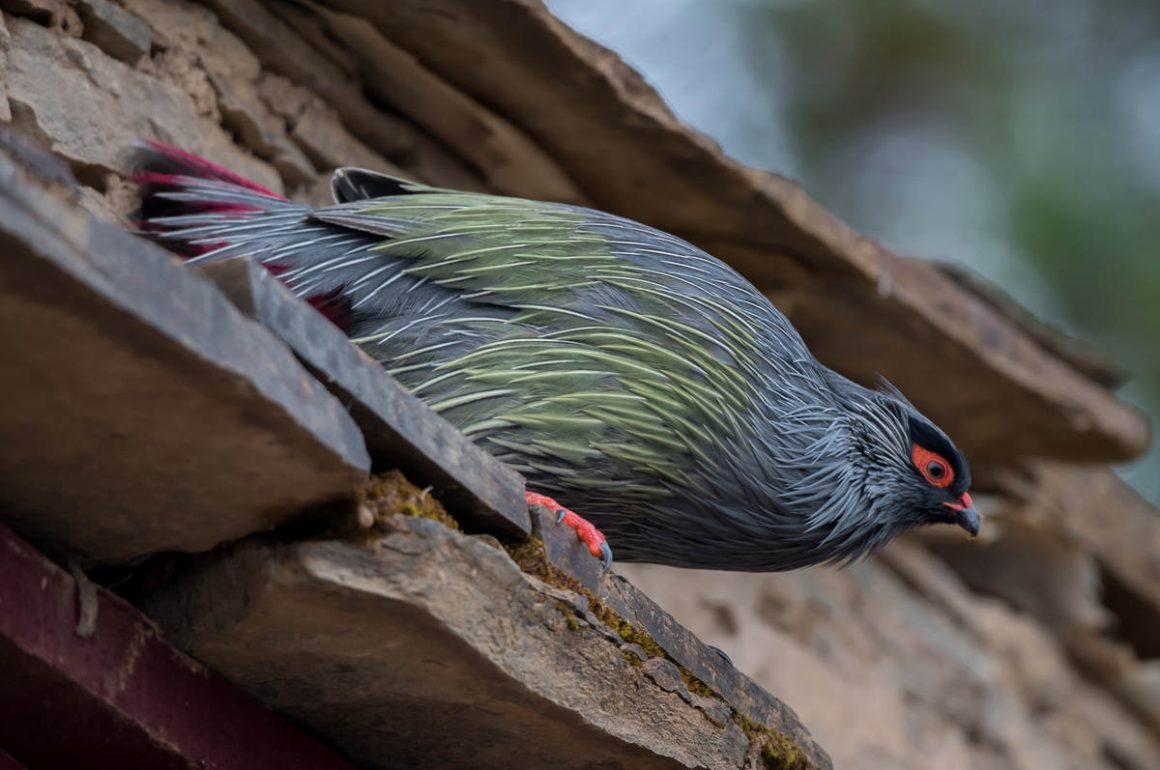 Zhaga monastery is a Tibetan monastery built on top of a somewhat remote mountain near the town of Yajiang. It had a bit of a desperate feel to it to me – almost no monks visible, many of the buildings crumbling or already deserted, and the practice of feeding pheasants apparently already discontinued. So, maybe not be the best place to visit for monks suffering from depression. But it seems the birds like this habitat, probably as this is a rare more open area on these otherwise mostly heavily forested hills.

The monastery is quite large compared to a bird guide (Bella from Alpinebirding on the left-hand side). And compared to birds, for that matter.

It is also easily possible to take photos of the monastery that do not show any bird guide. Nor birds.

Pool and some living quarters (I carefully selected the least crumbling ones, I think – the quarters, not the pool). I have no idea whether the pool has any religious significance but I guess so.

White Eared-Pheasants were supposed to be at the monastery, but did not show up there, presumably because of the discontinuation of feeding. Fortunately, they did show up on the way up to the monastery.

By far the best bird at the monastery is the Blood Pheasant – or more precisely, a largish flock of them. A bird that should be much more celebrated than it is. I was told that apparently, laughingthrushes are much more popular with bird photographers than this pheasant. Maybe these people like challenges – at least here at the monastery, getting good shots of this species is quite easy. Me, as a management consultant, I sometimes have to pretend to like challenges but of course, I would rather have some easy tasks.

Another species apparently enjoying the proximity of a monastery is the White-winged Grosbeak. Another bird name derived from what seems almost the least interesting aspect of its appearance.

The Latin name of the Eurasian Wren is Troglodytes troglodytes. (So nice they named it twice, anyone?). A troglodyte is a person who lives in a cave, and also a rather nice insult (“You troglodyte”). As in this quote by Mr. Andrew Breitbart: “Liberals in blue states just think that they are on the right side of history, and anybody that disagrees with them has to be a troglodyte or a neanderthal.” Funny how he aimed to show off his intellectual credentials by using the word troglodyte while at the same time denouncing intellectuals.

This wren is not responsible for Mr. Breitbart though.

Being a polymer chemist by background (though now mostly working as a consultant), I was intrigued by a line from a song by the Parquet Courts (in “Tenderness”): “Nothing reminds the mind of power than the cheap odor of plastic”. No idea what that means, but still … Absolutely no connection to birding or birds, as far as I can see, but that has not stopped me from adding links to good songs in the past.

A Long-tailed Minivet carefully hiding his long tail. From the monks, maybe?

Different from the last time I saw it, this time the Rufous-vented Tit was much more willing to show its “vent” (an ornithological word essentially meaning “ass”). It is indeed rufous-ish.

My extensive birding experience allows me to be very confident that the bird below is a Rosefinch. Please consult your own bird guide for more details.

For some reason, Wikipedia has lots of semi-relevant information on the Red-billed Chough. Some of these associations are quite positive:

“According to Cornish legend, King Arthur did not die after his last battle but rather his soul migrated into the body of a red-billed chough, the red color of its bill and legs being derived from the blood of the last battle and hence killing this bird was unlucky”

“Up to the eighteenth century, the red-billed chough was associated with fire-raising, and was described as incendaria avis, “oftentime it secretly conveieth fire sticks, setting their houses afire”. I guess the bill looks a bit like a fire stick, if you have too much imagination and spend a lot of your spare time burning witches.

Uninterestingly enough, a day after I wrote the above, I read a new novel by Ferdinand Mount (“Making nice”), a book that seems to borrow quite a bit from Evelyn Waugh’s “Scoop” (which is acknowledged even in an recent review of this book in the Economist) and even more (but not mentioned by the Economist) from Ross Thomas’ “Seersucker Whipsaw” (which in my opinion is the better book of the two, or at least definitely the more fun to read, in my mind). And in “Making nice”, I read the following sentence:

“Later on, we walked along the cliff towards Dingle Point, hoping to hear the croak of the chough …”

Walking back home after setting a fire somewhere.

Not much mythology related to the White-browed Fulvetta, at least to my knowledge. The initial eBird description as a “chunky Fulvetta” is not very flattering – should the poor bird go on a diet? – but gradually gets more favorable as “striking and unmistakable”. So, maybe no need for a diet after all.

In the non-breeding season, Common Merganser all look pretty much like females. Not a bad look though – more attractive than the male breeding plumage, I think.

Carrion Crows like to think of themselves as very modern birds. To enhance this image, they very much like to pose on power lines. Not very subtle in their self-presentation, these birds.

The Black-rumped Magpie is one of the four new species that were split from the Eurasian Magpie in 2018. It might be about time for HBW to document this split as well … not sure why they do not update this. Maybe they are not that much into birds?

For a mediocre birder like me, it is quite impossible to distinguish this species from the Oriental Magpie that is common in Shanghai. Something about the rump being blacker but this only being visible when the bird is in flight? Or the Black-rumped being a Sagittarius while the Oriental is a Pisces?

On the way from the monastery to our next destination, we picked up a monk hitchhiking back to his monastery. He was from the area but had apparently been traveling to India to see the Dalai Lama. Upon learning about my background, he asked me whether we have Yaks in Germany. 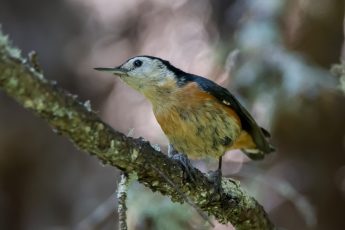 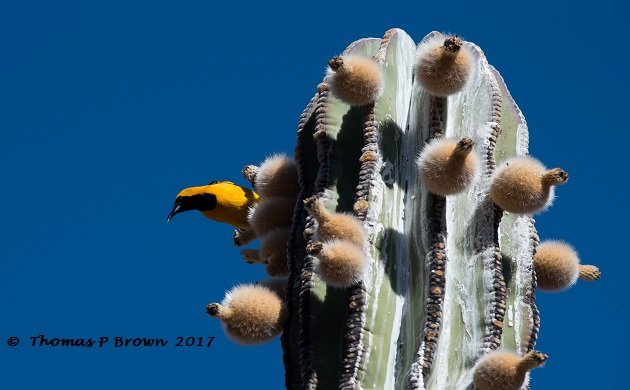 Living in, on and around cactus