A great journal does not necessarily make a great book. This simple truth, one that countless bloggers will inevitably, obstinately transgress, has already been proven time and time again in literary history. The reason publishers keep trying to transition personal records to paperbacks, besides the fact that the content is already written, is probably that the end result sometimes succeeds dramatically. Birding Babylon: A Soldier’s Journal from Iraq by Jonathan Trouern-Trend is such a success.

The story behind Birding Babylon is fairly well-known in birding circles. Sergeant First Class Jon Trouern-Trend, a National Guardsman from Connecticut and lifelong naturalist, was deployed to Iraq in 2004. What followed was an impressive, not to mention historically important period of Iraqi avifauna observation that Mr. Trend chronicled in his Birding Babylon blog. In May 2006, Sierra Club Books compiled a slim volume of the highlights of this adventure.

The brilliance of Birding Babylon lies in its casual blend of the magical and the mundane. Even the title, referencing the ancient majesty of Mesopotamia instead of the calamitous current war-torn regime, evokes a timelessness that transcends human struggle and strife. Trend’s obligations as a soldier might have placed him in daily peril, but as an observer of the natural history of this region, he adopted a steady, decidedly apolitical tone. Apart from descriptions of his ongoing duties and a reference to Saddam Hussein’s most atrocious environmental transgression, the draining of the Southern Marshes, Trend’s narration ignores the raging war, focusing instead on the Iraq’s overlooked birds and animals.

Many of the birds Trend encountered, species like barn swallows, house sparrows, and black-crowned night-herons, are familiar to most Western readers. He also describes various crows, pigeons, gulls, terns, and kingfishers, but these aren’t the same species found on American or even many European lands. Babylon boasts plenty of brilliant bird species, including hoopoes, babblers, and bee-eaters, and Trend saw a bunch of them during his regular excursions on base, in Baghdad, and to other sites between the Tigris and Euphrates Rivers. He also spotted, as any attentive naturalist would, various jackals, foxes, hedgehogs, and other cool critters during his travels. Trend evinces a strong interest in every life form that crosses his path, much to the reader’s benefit.

Trend’s crisp, cogent chronicle comes in a neat little package. Hats off to Sierra Club Books not just for publishing this book but for implementing such a novel design. The volume is small and elegant, adorned with delightful woodcut illustrations of Iraqi species. The publisher certainly made the most of what it had.

The one problem I had with Birding Babylon is that there wasn’t much to this book. There’s only 58 pages of generously formatted text for the reader to enjoy. Furthermore, while the woodcuts provide an admirable aesthetic, some might prefer more detailed illustrations or photographs of the region’s unusual avians. But more might not be better. One has the sense that this story is slim by design. It was certainly enjoyable, and not just because of the exotic setting and clean writing. Jon Trend’s unflappable attitude amidst such unmitigated chaos (he even conducted his own Christmas Bird Count!) really distinguishes Birding Babylon from hordes of other mostly indistinguishable nature journals. He captures, in just enough pages, the ephemeral yet eternal nature of nature, illustrating by example how important it is to see the place beyond the people, even if that place and people are embroiled in tragic violence. I recommend this book to anyone with an interest in natural history and a couple of hours available to appreciate it. 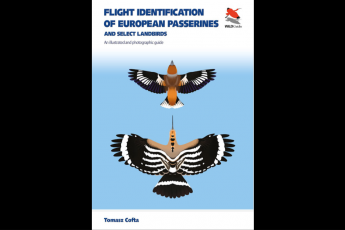