Continued from: Cafayete to Cachi fantastic scenery but few birds

The morning arrived without a cloud in the sky and birds in our minds. After returning to the town of Cachi to get our patched tire, we drove east toward Los Cardones National Park. After driving for half and hour we arrived at Los Cardones and we still could see the Cachi Mountains on the west.

Los Cardones are these huge cactus which covered the land as far as we could see, these large cactus had been spread by the indigenous Cachalqui tribes that used them for food.

This desert in the high Andean mountains have some interesting birds. We were first greeted by a pair of noisy Burrowing Parrots perched on a Cactus announcing our arrival. An Andean Condor flew very high above this valley as some of the heat turned into thermals that made the condor flight seem effortless. Closer to the ground a Gray-hooded Sierra Finch, a Greenish Yellow-Finch, and a Patagonian Mockingbird were busy working the Cactus spines for some food.

We drove a little ways into the park away from the highway but we could not find many more birds, then we started driving back to entrance and a new bird jumped in the ground: it was a Scale-throated Earthcreeper. I managed to creep slowly too and got a good photo.

Drove a little closer to the road and saw a large bird moving in the bush. It was our first look at the Elegant Tinamou. What a bird, with this find we were totally satisfied and decided to continue our trip to Cuesta del Obispo. A slow climb took us to higher land and finally to the beginning Cuesta del Obispo which is a very steep road between low land and the high altitude valleys. I expected this slopes to be covered with vegetation but they were covered with lots of erosion, probably due to over gracing and deforestation in the past. Since we had a late start we were not able to stop in many places but we stopped somewhere near the middle of the slope where some vegetation started to provide birding opportunities.  At first we encounter common birds like Band-tailed Seeadeater, Blue-and-Yellow Tanager. But finally we spotted some new birds like the Brown-capped Tit-Spinetail, and Gray-hooded Parakeet. As always, we did not have enough time in this area and we could not explore more of the lower altitudes. We drove to Salta for a meeting and later we drove to Yala where lush vegetation of the Yungas forest would give us a birding treat. 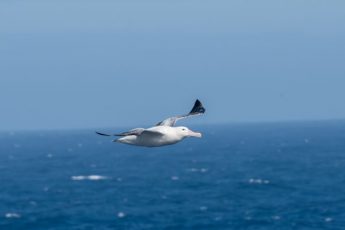