Ian Davies lives in Manomet, Massachusetts, and is a recent graduate of the University of Massachusetts Amherst with a bachelor’s degree in Widlife Ecology and Conservation. His obsession with all things feathered has led him to visit 20 countries around the world in the pursuit of thousands of different species of birds to watch, photograph, and enjoy. Photographs taken on these travels and locally have been published in several field guides, including the Kaufman Field Guide to Advanced Birding, Peterson Reference Guide to Seawatching: Eastern Waterbirds in Flight, and Birds of Argentina & Uruguay: A Field Guide. Despite his wandering tendencies, you can often find him turning up in Massachusetts during the spring and fall, as predictable a migration as the birds themselves.

Corey first met Ian five years ago when he showed Corey three lifers in the span of half-an-hour. Ian is an excellent birder, a nice guy, and this post is so well illustrated that we should all bow down at his feet and beg for mercy. Enjoy!

Hokkaido. The northernmost large island in Japan, it is well-known for being a winter birding paradise – charismatic megafauna coupled with gorgeous snow-encrusted volcanoes looming over rugged coastlines. After close to a decade of yearning to go there, on this past Christmas Day I found myself finally on the island of Hokkaido.

Toward the end of a month-long trip to Japan, Andrew Spencer, Tayler Brooks, and I landed at the Kushiro airport in the middle of Christmas afternoon. With the sun setting before 4 pm (!), we had scarcely two hours to try to get our Christmas present goal: Red-crowned Cranes. On Hokkaido there are three primary species that people go to see in the winter – the Big Three as I think of them. These consist of Red-crowned Crane, Blakiston’s Fish-Owl, and Steller’s Sea-Eagle – all among the most massive and spectacular representatives of their families.

That first evening we succeeded in seeing some Red-crowned Cranes feeding alongside the highway in a couple locations, their five-foot height impressive even at a distance. Several more hours of driving on icy roads took us to Washi-no-yado, a traditional Japanese B&B near Rausu, the ‘place to be’ for Blakiston’s Fish-Owl. Washi-no-yado is made up of a couple buildings adjacent to a rocky river – where on a good night the buildings are full of birders and the river is full of owls. The proprietress speaks almost no English, but makes up for the lack of communication with effusive helpfulness and fantastic skill as a cook. After finishing our first sumptuous dinner here we retired to our rooms to set up our traditional Japanese tatami mats for the night. As I tossed a couple mats on the ground, I happened to glance out my window and notice a massive shadow in a tree overhanging the river – Blakiston’s Fish-Owl.

The next couple hours was a blur of camera shutters, during which I took ~1,200 photos of the 3 fish-owls that took turns coming in to fish right in front of our lodging. The angle was actually so good from my room that I just put down enough mats to lay down with my lens sticking out the window – perfect comfort! The unheated rooms made heat haze not an issue, and a couple down blankets helped combat the sub-freezing temperatures. We got to watch the owls squabble a bit, catch and eat more than a dozen fish, and even hear them call – a deep booming that almost seemed to resonate through the building itself.

The owls eventually melted back into the woods from whence they came, and we retired for the night, elated with what definitely ranked as my best Christmas ever. Take that, Santa!

The following morning we left around dawn to head to the Notsuke Peninsula to finish out the Big Three with Steller’s Sea-Eagle. En route we watched the sun rise over Russian islands to the east, illuminating the seaducks that lined the coastal road and as the smattering of eagles at each river crossing. Within ten minutes of reaching the Notsuke Peninsula we started seeing Steller’s everywhere, and our morning total for this location was at least sixty individuals! Photography opportunities were great, with birds perched on almost every power pole, the edge of the harbor ice, and frequently flying by at eye level. The sight of Steller’s Sea-Eagles banking against the snowy crags of the Shiretoko Peninsula is something I will not soon forget. Other great birds here included a flock of Asian Rosy-Finches and a Siberian Rubythroat that should have been several thousand miles away in Southeast Asia.

After soaking up sea-eagles for the better part of the day, we decided to really have turn up the excitement for the afternoon, and photographed different plumages of Slaty-backed Gulls for several hours in the beautiful afternoon light. Dinner back at Washi-no-yado was again superlative, and this time the owls didn’t even wait for dinner to be over to start the festivities! After the injustice of shoveling in the remaining food we went upstairs to be treated to a repeat performance of the night before. I cannot recommend a stay at Washi-no-yado enough! Another good place to stay in Hokkaido is Lodge Furen, near the Nemuro Peninsula, and the owner of Lodge Furen can make arrangements for Washi-no-yado: Takeyoshi MATSUO matsuo-t@plum.plala.or.jp.

The following couple days were spent based out of Lodge Furen in the Nemuro Peninsula area, where we added lots of seabirds to the trip list, including species like Spectacled Guillemot, Long-billed Murrelet, and Red-faced Cormorant. The final highlight was yet to come – truly experiencing the majesty of the Red-crowned Crane.

Even though we had seen Red-crowned Cranes in passing on the first day, we had two full days budgeted for maximum crane appreciation. The essential spots to visit are the Akan Crane Center, Tsurui-Ito Tancho Sanctuary, and Setsurigawa Bridge. These are all done easily based out of Kushiro, the major city of the area.

Akan Crane Center is a bit sterile in that you’re there with fifty or more of your closest friends, but it is the only place that offers the daily (2pm) feeding of fish – drawing eagles and kites in for great photo ops. Ito Tancho is a wonderful spot for watching the cranes dance, and has a much more natural and magical feeling to it than Akan – after doing the token eagle photography at Akan I think that Ito Tancho reigns supreme.

Setsurigawa Bridge must be done at dawn, and is another amazing experience – over a hundred cranes partially enshrouded by mist rising off of the river at dawn. It is important to note that the mist is optimal when the temperature is -13 Fahrenheit – when we were only there it was only positive 11 degrees.

No matter where you go for cranes you’ll be witness to what I believe is one of the greatest species of birds to inhabit this earth. After seeing thousands of White-naped Cranes earlier in this same trip, we were wondering whether Red-crowned would surpass the striking beauty of White-naped. There is no contest. Red-crowned Crane is my favorite bird that I’ve seen, out of the almost 1/3 of the world’s species I’ve been lucky enough to encounter so far. No photos or video truly do it justice – so I guess you’ll just have to go see it yourself!

Photos from the entire Japan trip can be seen here. 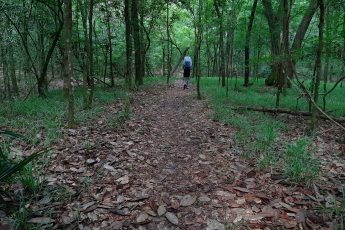