So, we had a bit of excitement in my neighborhood yesterday, when a gunman robbed the Taco Bell a few blocks from my apartment and then disappeared on foot in the direction of campus. The area, including the University and several high schools, was put on lockdown and we were instructed to “shelter in place.” So what choice did I have but to watch my feeders all day? Call it practice for the Great Backyard Bird Count.

The Dark-eyed Juncos continue to be far and away the dominant force at the feeder, both in terms of numbers and in terms of displacing other birds — surprising in that they look like cute little fluff-balls. I’m happy that they’re so aggressive though, because the House Sparrows have, at long last, discovered my feeder, and aggressive Juncos are the only things keeping them in line. Speaking of sparrows (real ones this time) the Juncos have gone from one tag-along Song Sparrow to two. I suspect this might mean that the natural food sources along the river are running out, but with a sample size this small it could also just be one of those things.

The Black-capped Chickadees also have a new buddy – one of my beloved and up until now much-missed-this-winter Red-breasted Nuthatches. With the extreme weather I’ve been rather hoping for a Pygmy Nuthatch to come down from the mountains and join us as well, but no such luck so far. The Red-breasted Nuthatch continues to be handsome and fearless, though.

Northern Flickers have been intermittent, and for less confiding than the smaller birds, but when they’re around they can at least take on the squirrels. It’s grown too cold for Dublin to feel like executing his squirrel-patrol duties — he prances nervously on the crust of the snow, and sticks close to the door. Also, I had a feeling he should probably be sheltering in place as well. Last but not least, a flock of Cedar Waxwings came by. They didn’t even approach the feeder – just checked out my neighbors’ landscaping for berries and were on their way.

They haven’t yet caught the robbers, but the lockdown was eventually lifted. Which was a good thing, because after all this activity I really, really needed to refill the feeder.

UPDATE: Speaking of excitement, literally one minute after I posted this a Northern Shrike tore through my yard and nailed one of my brave, foolhardy Juncos. Hope that one turns up for the GBBC! 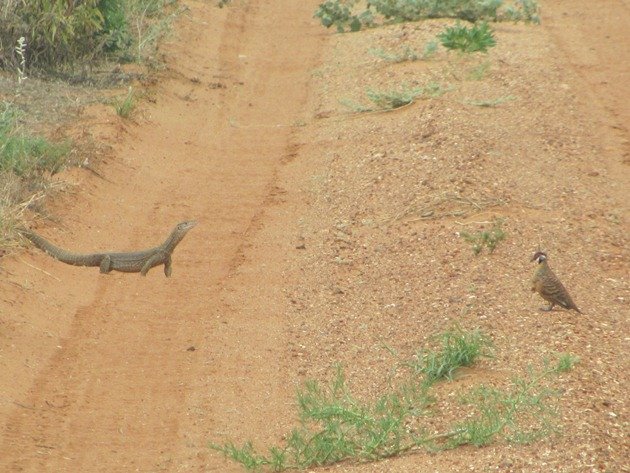 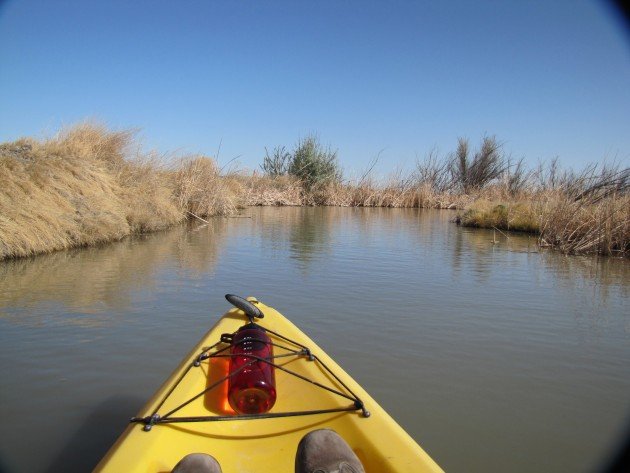 « Previous post
Where Are You Birding This Second Weekend of February 2014?
Next post »
What is a Nictitating Membrane?