When one is grocery shopping with the family on a Saturday afternoon and the phone rings, and it is a birder, odds are a rarity has been discovered. This happened to me yesterday and, well, the rarity was not only an impressive bird but it was in Queens, at Jamaica Bay Wildlife Refuge. As Daisy and I chose our produce and dry goods I rehearsed in my head different ways the conversation about chasing the bird in question could go. None of the different scenarios ended well at all. When even your imagination can’t come up with a way to make something happen maybe it isn’t the best idea to try.

But I’m a birder, and birders are many things, stupid and persistent among them, so as we walked home, pushing Desi in his stroller, I broached the topic. Of course, Daisy, unrecognized saint that she is, readily agreed to let me chase my life Black-bellied Whistling Duck. And, lawyer that she is, she drove a hard bargain. I prefer not to go into the details of our most recent negotiation but I really hope no rarities show up in Queens anytime soon because I don’t know what I have left to exchange.

Permission granted, I was changed and my gear was packed in an amazing amount of time, not only because I feared that the second occurrence in New York State of Dendrocygna autumnalis* might decide to move on before I arrived but also because it would be really horrible to have made a deal with Daisy and have it be for naught in terms of my life list. Waiting for the E train to arrive was painful, waiting for the J train was torture, and waiting for the Q53 bus was nightmarish, but I arrived at Jamaica Bay within forty-five minutes or so of setting out, and was pleased to meet birders leaving the West Pond who affirmed the bird’s continuing presence.

Arriving at bench six on the West Pond trail I was greeted by a small horde of birders, almost all of them familiar faces, and had the joy of finding the bird on my own, as no one would tell me where it was. Of course, it was right in front of the bench at the edge of the pond, and I drank in my life look, thankful that my deal with Daisy and the mass transit journey was worth it. What a bird! Interestingly, there have been three other Black-bellied Whistling Ducks at Cape May, NJ, for over a week now and two more were reported from Edwin B. Forsythe National Wildlife Refuge, also in New Jersey, earlier in the week.

This post has been submitted to Bird Photography Weekly #101.  Go check it out!

*Assuming, of course, the first record of Black-bellied Whistling Duck, a small flock of five upstate in Brewerton this spring, is accepted by the New York State Avian Records Committee, though, really, there seems to be no reason to think that they wouldn’t accept the record. 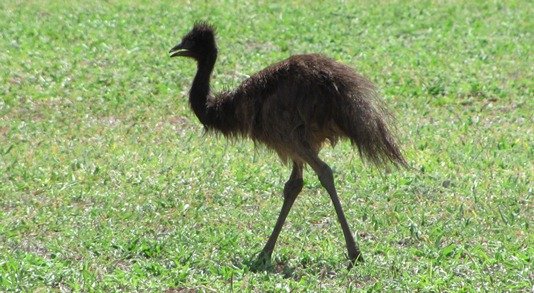