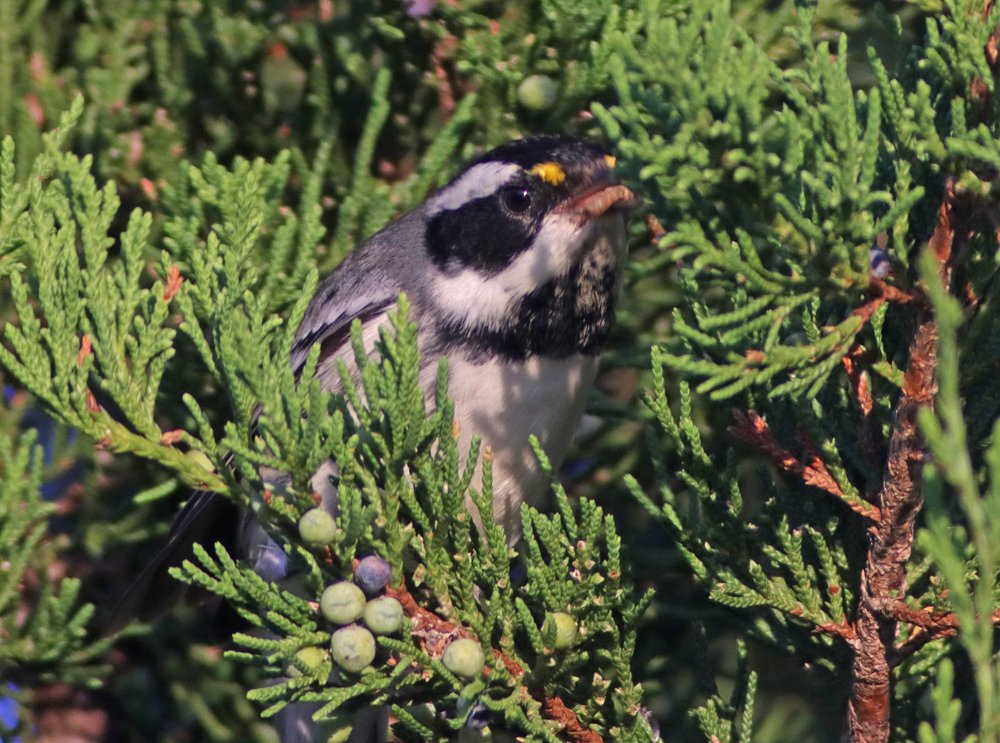 My family and I spent last week in Cape Cod, enjoying a last summer getaway in a summer where getaway options have been extremely limited for obvious reasons. It was a great trip made better by a socially distanced visit with some friends we hadn’t seen for a long while in Providence, Rhode Island on the way home. Once we got in the car in Providence, with Daisy driving, I tuned into Facebook to see what was happening in the world. Lo-and-behold, Robin Taubman had posted images of a Black-throated Gray Warbler at Jamaica Bay!

I had never seen a Black-throated Gray Warbler in Queens. There are only two previous records, one from the Christmas Bird Count in 1991 and one from November of 2005, when I didn’t live in Queens and had just gotten into birding. Interestingly, I had made a brief attempt at the 2005 bird but my time was severely limited by Daisy’s family obligations and I dipped. At the time, it wasn’t a big deal but after I moved to Queens and my Queens list got larger and larger that dip hurt more and more.

I let Daisy know that as soon as we got the car unloaded I was going to make the run to Jamaica Bay and instead of disagreeing or calling me crazy she pointed out that by the time the car was unloaded and I got back on the road it might be dark before I made it to Jamaica Bay. She suggested that we drive straight there instead, much to my surprise! So, that’s what we did, with me texting with birders at the seen and monitoring what was going on from afar. Traffic was miraculously light for the beginning of Labor Day weekend and before I could believe it we were pulling into the lot at the visitor center. I’m not ashamed to admit that I might have left Daisy and Desi behind in my haste to see the bird, which was feeding in a juniper in nice setting sun light much the appreciation of the gathered group of (masked) birders. 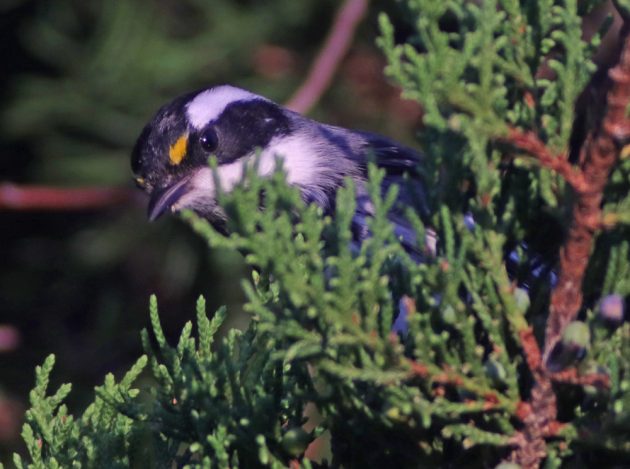 It was great to see some familiar birders (like Donna!) as well as the bird. Everyone was respectful of each other’s space and it felt safe to be among a group of birders, no small thing in the midst of a pandemic. It was a great 326th bird for Queens. Now what will be next? 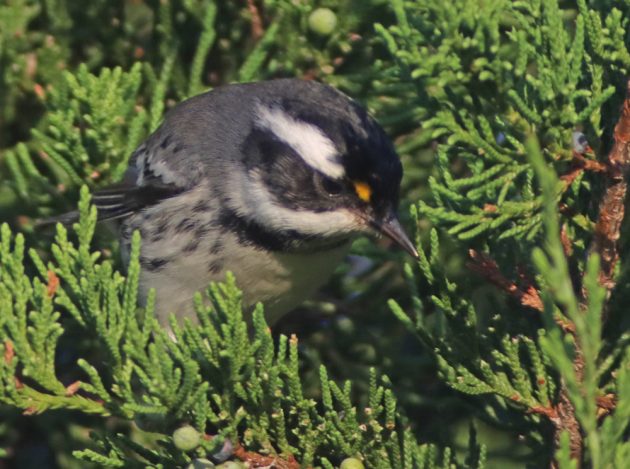 « Previous post
What are the Costs of Changing Bird Names?
Next post »
Best Bird of the Weekend (First of September 2020)