There is no better place to find grasspipers in New York State than the sod farms on eastern Long Island in autumn. Buff-breasted Sandpipers, Baird’s Sandpipers, and American Golden Plovers, all shorebirds that tend to eschew the shore in favor of wide expanses of wide-open, flat, wet, grassy habitat, show up nearly every autumn on the vast tracts of land dedicated to providing people with the luscious yards that they want. This year is no different and the sod farms in Riverhead have been loaded with birds which means that the roads around them have been loaded with birders.

A ream of responsibilities had conspired to keep me from getting out to see the grasspipers thus far this year and I was despairing of the idea of a year list sans the trio mentioned above. But I found some time Sunday morning. Or, to be more accurate, I carved some time out of what would normally be sleep by awakening at 4:45 AM, getting my stuff together quickly, and getting out the door by 5 AM.

I arrived in Riverhead shortly after 6 AM with the sun either not up yet or behind clouds so thick that it really didn’t matter if it was up yet or not. The next hour was spent staring through my scope and binoculars into an empty field, getting back in my car and moving on to another field, then staring through my scope and binoculars into that empty field. Apparently, grasspipers are not early risers. Eventually, though I found my quarry.

A small flock of five buffies, along with nine Pectoral Sandpipers and a phalanx of Semipalmated Plovers made one corner of one field a great spot for a birder to be. And when the buffies flushed and decided, eventually, to land directly in front of me about twenty meters away I was pleased. The only thing that could have made the experience with Tryngites subruficollis better would have been some sunlight.

Buff-breasted Sandpipers are hardy little birds, migrating yearly between their grassland wintering grounds in South America and their tundra breeding grounds in the high Arctic. Despite their long adaptation to this migration and their eminent suitability for it, they are classified as Near Threatened by BirdLife International due to a rapid historic decline and continued decline of the small remaining population. Their decline is largely believed to be as a result of conversion of their wintering and staging grounds to agriculture, though their historic decline from numbering in the millions to numbering in the thousands was because of hunting. It’s odd, then, that the best place to find them in the eastern United States is at sod farms, perhaps the only positive ecological impact of people wanting monocultured and manicured lawns. Here’s hoping that the five individuals I spotted are all getting as at as the one above and that they safely make it back to Argentina for the winter and then back up north to breed. What great little birds! Enjoy! 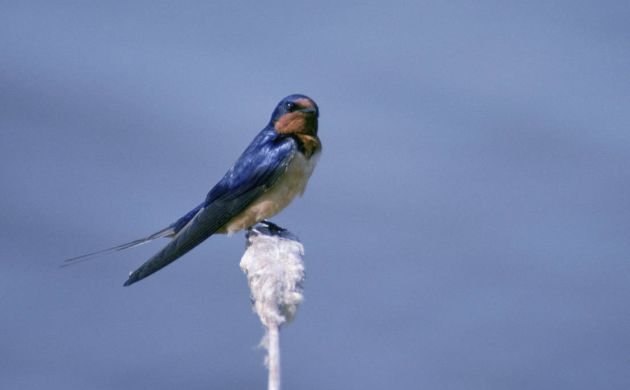