Birders who have seen California Condors in the wild in the last 20 years should know just how lucky they are. And the condors themselves should count themselves even luckier. But to label the massive conservation effort that saved the California Condor from certain extinction as “luck” would be a serious disservice to the individuals who worked so hard to make this miracle happen. In March 2009, our TV crew joined conservation officers from the US Fish and Wildlife Service to film condors at the Bitter Creek National Wildlife Refuge in Kern County, California.

Bitter Creek varies in elevation from a thousand feet right up to nearly 5,000 feet and, whilst driving the snow-flanked roads to get to the refuge, I realized I was seriously under-dressed in shorts and a t-shirt. I’m the perfect example of why South Africans account for 82% of all deaths from exposure in the United States. Bitter Creek is dramatically beautiful, the result of a landscape continuously sculpted by sub-terranean upheaval. Bitter Creek is bisected by the San Andreas Fault and I could have sworn I kept feeling tremors the entire time we were there filming. But that might also have had something to do with the shorts and t-shirt. The 14,000 acre Bitter Creek National Wildlife Refuge was purchased to protect the rapidly disappearing condor habitat in 1985. It is also the site where the last wild condor was caught in 1987 and recruited into the ambitious condor breeding project, a co-operative effort involving various organizations including the San Diego Wild Animal Park, the Los Angeles Zoo and the US Fish and Wildlife Service. We caught up with Pete Bloom who caught AC 9, the last wild condor…

Today, reintroduced condors thrive on the refuge but human hands still mould and shape the lives of these majestic birds – sadly, perhaps forever. In addition to the condors, the varied habitats of Bitter Creek also provide refuge for Federally-listed endangered species like the San Joaquin Kit Fox, Giant Kangaroo Rat, Blunt-nosed Leopard Lizard and Tri-colored Blackbirds, a bird which has experienced a massive decline over the last 30 years. Before we went searching for wild California Condors, we were escorted to the flight pen where birds from the breeding project are acclimatized to their surroundings before being released. There happened to be a young condor there at the time and I got the chance to enter the pen and get acquainted with North America’s largest bird. It felt like stepping into the ring with The Undertaker, of wrestling fame. In fact there are many similarities between condors and The Undertaker. They both wear black, both are insanely massive and both have a reputation for disposing of dead bodies. Except I don’t ever recall The Undertaker urinating on his legs to cool himself down but I only watched a few of his bouts…

After spending time with the captive condor, we set off with telemetry to try track the wild birds. We had some nice distant looks of a few birds flying and also some great distant looks at adult birds at one of the feeding stations. Due to their nervousness at the feeding sites we were required to keep our distance and the Fish and Wildlife guys suggested we try get closer footage of the birds at one of the roosting sites. So the Fish and Wildlife guys set up our trusty Birdcam at the feeding station and we set off to try find birds coming into roost. When we reviewed the photos from the Birdcam we were thrilled to find some stunning images of condor interaction.

Two Condors survey their surrounding before approaching the feeding station

Condors are clever birds and they tend to roost at some pretty inaccessible sites. After several hours of fruitless searching, the telemetry finally picked up a single bird. As the sun dipped behind the hills and the temperature plummeted we walked until the signal indicated that the bird was less than a hundred yards from us and directly below us on a steep incline. But we could not see a thing. We tried getting a view from the other side but our view was impeded. Eventually we had no choice but to risk life and limb by climbing straight down the incline, much to my cameraman, Aderman’s dismay. But we finally sat in the frigid mountain air directly level with a young wild condor. The dusky sky was a beautiful, indescribable hue – not quite purple and not quite blue. The air was silent except for the sound of our breath. And a California Condor settled in for the night, awaiting a new dawn.

2000     First wild-born condor is released back into the wild 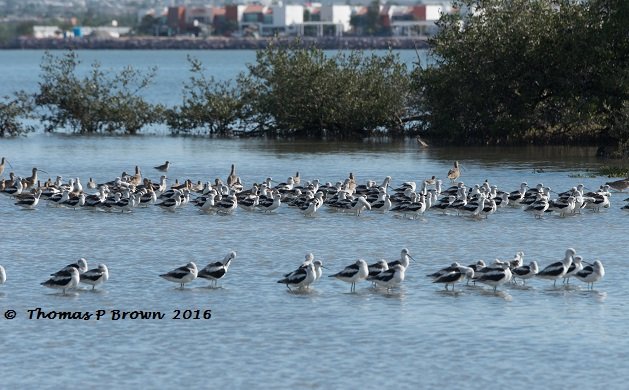