My first birding excursion to Mendon Ponds, as reported earlier in the week, was an outstanding introduction to the abundant avifauna of my new stomping grounds. As a bonus, the bugs were pretty cool too. Every invertebrate seemed to be on the move but, like John at Born Again Bird Watcher, I was singing the Ode to the Odonata. What that means in English is that I was checking out dragonflies.

The first one I got a good look at was a grass green bug I’d admired many times before. A little research indicated that the object of my attention was a female Eastern Pondhawk (Erythemis simplicicollis), a fairly common dragonfly in those parts of the United States not ruled by the Western Pondhawk. How did I know the green one was a female? Because the male assumes a handsome powder blue veneer, like so: Pondhawks are part of the Family Libellulidae, also known as the Common Skimmers. When I think of Libellula dragonflies, I always imagine the chunky ones with the dark wing patterns like the Common Whitetail. This last trip served up a similar skimmer flashing fancy dark patches on its wings but with a more modest abdomen. This, I learned, was a Widow Skimmer (Libellula luctuosa), marked as a male by the milky shading on its wings: Plenty more glittering dragons buzzed by, a kaleidoscope of bejeweled bugs. One that I got great looks at was a most uncommon purple from tip to tail, or more appropriately, terminal abdominal appendages. This amethyst aerialist, a damselfly, was a Variable Dancer (Argia fumipennis), possibly even of the Violet Dancer subspecies. Apparently these delightful damsels are widespread but I’m sure I’d have remembered encountering so attractive an insect: 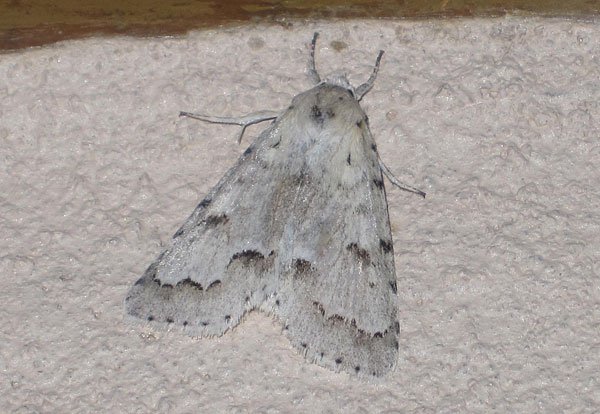