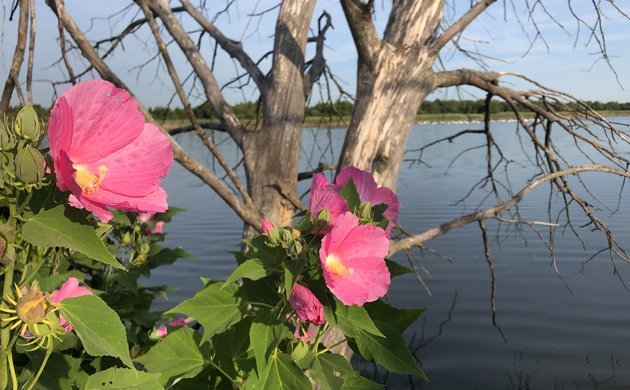 It is summer and I live in Queens. That means it is time to look for shorebirds on the East Pond of Jamaica Bay. And look I did this weekend with visits to the pond on both Saturday and Sunday mornings despite the ferocious mosquitoes that insisted upon a blood donation as the price of admission to the pond. Blood paid, I entered each morning at the south end of the pond, working my way up the east side with the light shining on the pond from behind me. I saw no rarities but I did see lots of common shorebirds very well and despite the lack of rare birds I enjoyed myself immensely. After all, what’s not to like about walking on a stinking mud flat while sweat drips into your eyes and ravenous mosquitoes assail you? 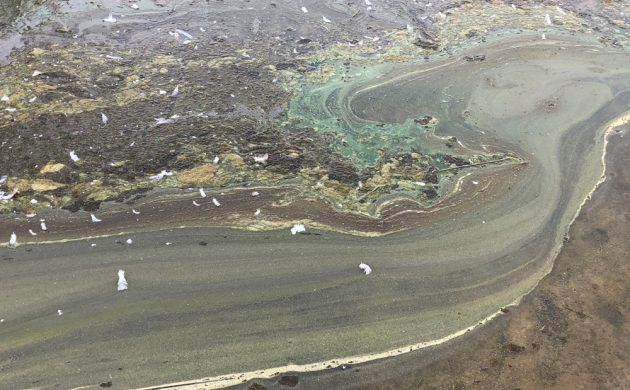 Where else can you see such gorgeous slime?

The pond is in good shape for shorebirds this year as the National Park Service actually starting draining it early. Despite lots of big thunderstorms that dumped lots of rain in the last week there was still plenty of shoreline and the birds seemed appreciative. 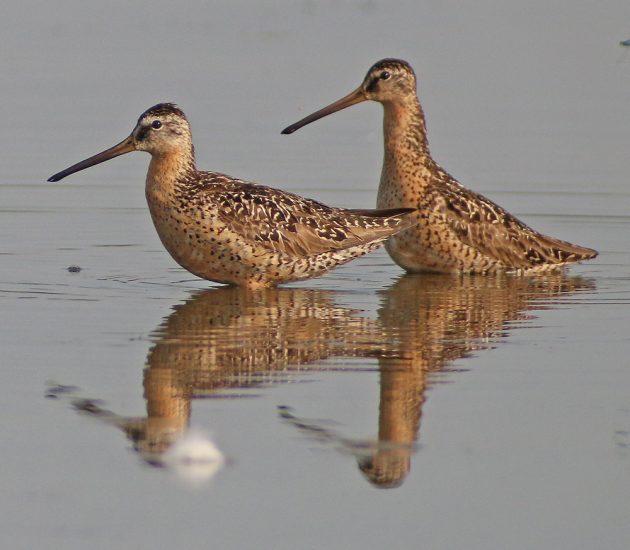 Short-billed Dowitcher numbers were down from my visit two weeks ago but there were still plenty to see. 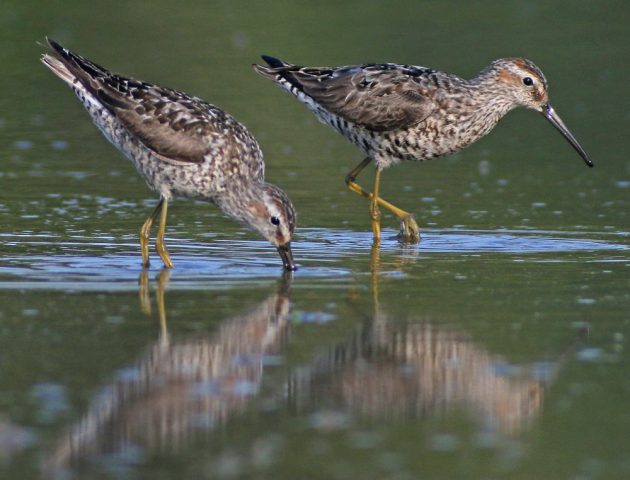 Stilt Sandpipers were around in numbers and still sporting a nice percentage of breeding plumage.

There weren’t many birders out and about on either day; just a few looking for shorebirds. This gave me plenty of time to search through the hordes of Semipalmated Sandpipers trying to find a vagrant. Sadly, I had no luck, but I did get my shorebird eye prepared for when something rare does show up. 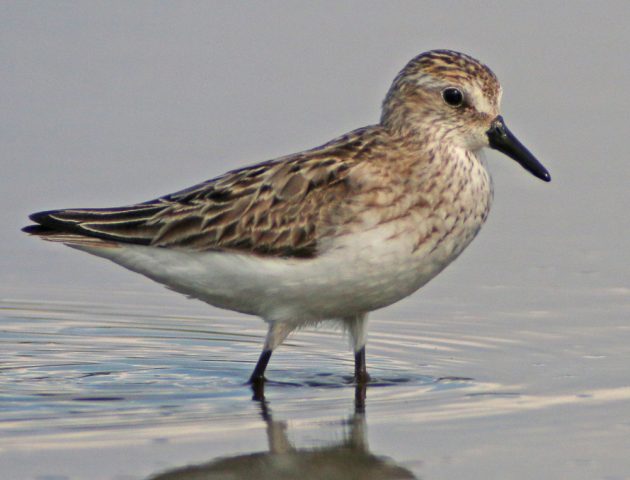 Looking at hundreds of these guys has made me ready for anything.

I managed to avoid both poison ivy and the muskrat burrows that can trip up the unwary birder and made my way pretty far north on my second visit. Despite the greater area covered I still didn’t see a Little Stint.

Looking south on the East Pond from about two/thirds of the way north on the east side.

Of course, shorebirds are only part of the draw on the East Pond. There are swallows and terns, raptors and geese, ducks and gulls. The sheer variety of life the East Pond supports is kind of astounding. I know I enjoy every single visit and I can’t wait for my next! Sadly, that probably won’t be for several weeks as on each of the next three weekends I’ll be out of town. 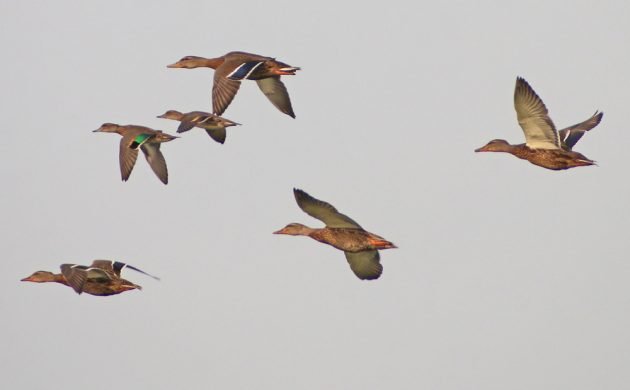 East Pond, you had better have something good for me at the end of August!

« Previous post
Week 24: Nisqually NWR, Bradley Lake, and a Twitch
Next post »
Best Bird of the Weekend (Last of July 2018)