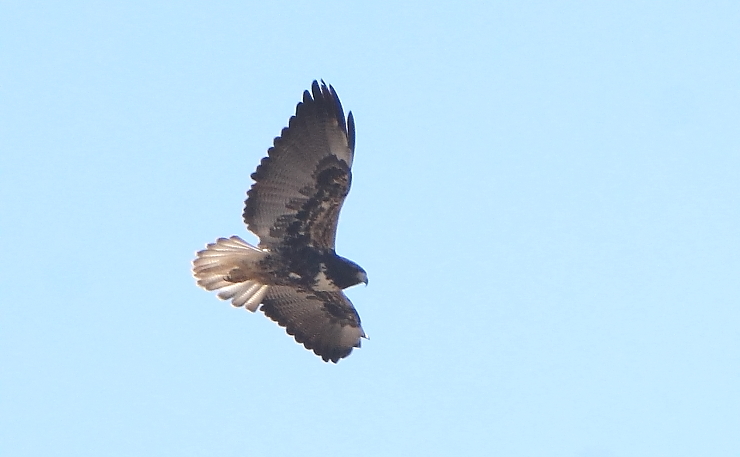 As I write weekly for 10,000 Birds, and it has now been two whole years since the pandemic has kept me from birding more than an hour away from home, it has become a challenge to come up with varied blog subjects. But every birding enthusiast knows that each year arrives full of possibilities. I imagine that the first months of each year can be a bit slow for those in colder climes, but down here, that year list can really grow quickly!

It may be in bad taste to emphasize one’s own numbers too much. But this year, I decided to go ahead and mention mine freely, just so our readers can have an idea of what it is like to bird in Mexico.

As I write this, on March 8th, my 2022 year list includes 230 species. After ten major outings this year, I am still picking up 5-7 new species each week. (No lifers yet this year, unfortunately.) I even picked up a species at a wedding on Sunday, since I had not previously been in Morelia’s historic center at the right time for the White-throated Swifts that fly there in the mornings and evenings.

Having already travelled north to Lake Cuitzeo twice, I wasn’t sure (the previous week) how productive a trip to the nearby archeological site of Tres Cerritos, and the lakeside town of San Agustín del Pulque, would be for my year list. But it was very nice indeed, with 7 FOY (First-Of-Year) birds. San Agustín gave me, as I had hoped, my first Neotropical Cormorants. But a single Gull-billed Tern standing among the more common Caspian Terns was quite a pleasant surprise.

That little guy in the foreground has a Gull-bill.

I also loved getting my first good illustration of the difference between the classic pairing (here) of Long-billed Dowitchers and Stilt Sandpipers, when these are seen in flight:

Tres Cerritos, as always, is my go-to place for those more northerly species that prefer a drier habitat. Our readers from the eastern U.S. may be shocked to hear that it is exciting here to see Northern Mockingbirds and, especially, Northern Cardinals. But I did, and it was. What I did not manage was decent photos of either species. The male and female Cardinals were FOY, and, believe it or not, so was a lone Mourning Dove. However, I did get some good shots of two or our less common Empidonax flycatchers. Both were FOY, although an additional Willow Flycatcher near the water was my second sighting this year. A Vesper Sparrow was my 7th FOY for the day.

Still, I really must explain my rather corny title for this post: While none of the raptors (bird of prey) were FOY, it was truly extraordinary to see so many at one time, all of them at Tres Cerritos. I have visited this site many times, but never has it been like that. Not that I’m complaining! The ones that gave me only bad photos were the two most common raptors, a Red-tailed Hawk and an American Kestrel. That works just fine for me, because I can stilll show you the other five (five!) raptors that turned up in rapid succession:

Early on, a very fast-moving Cooper’s Hawk flew overhead. Note how its head projects well beyond the wings.

Later, this Sharp-shinned Hawk was much easier to photograph, as it circled overhead. Its smaller, shorter head, and squared-off tail, distinguish it from the larger Cooper’s Hawk.

I had never seen White-tailed Hawks at Tres Cerritos before, but this juvenile certainly did seem at home, returning time and time again during my stay. Juveniles look like a whole different bird than the adults; even their shape is different. That white patch on its breast is diagnostic.

This Peregrine Falcon also seemed to be in quite a hurry; no surprise, that.

But a pair of Crested Caracaras took their time, even sharing space with the White-tailed Hawk shown above.

I never know quite what to think when Turkey Vultures show such a strong interest in me.

« Previous post
How much time do you devote to birding?
Next post »
Reflections on Five Years of Blogging