Every sperm is sacred 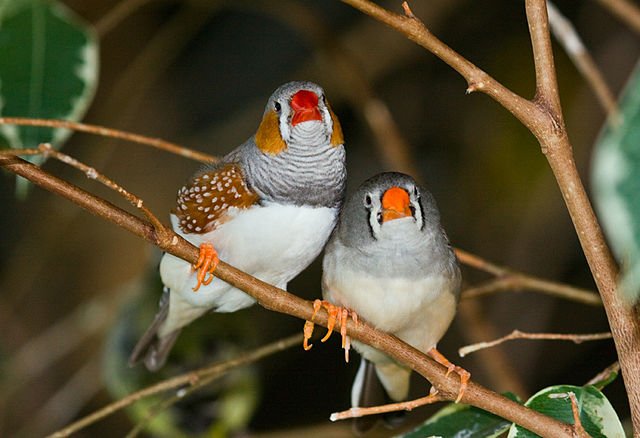 … especially if you’re a lady bird in heat. Because unlike those of mammals, avian ova need penetration by multiple sperm in order to successfully develop into baby birds. That’s the finding of researchers from the University of Sheffield in the UK, published in Proceedings of the Royal Society B. (If you’re feeling particularly science-y, the full paper is here.)

By studying Zebra Finches and domestic chickens, the scientists discovered that multiple sperm appear necessary for a fertilized egg to progress to the embryo stage (a process called “polyspermy”.) This differs from humans and other mammals, in which the addition of extra sperm essentially destroys the egg. Moreover, when supplies are short, female birds seem to be capable of “storing” sperm for maximum availability during the brief ovulation window.

The research doesn’t fully explain why “supernumerary” (as if they were extras in an opera!) sperm are crucial to the development of avian life. But it points to new areas ripe for investigation. Meanwhile, until those answers are found, just relax and let Monty Python explain it all.

I and the Bird Reminder: Cormorants