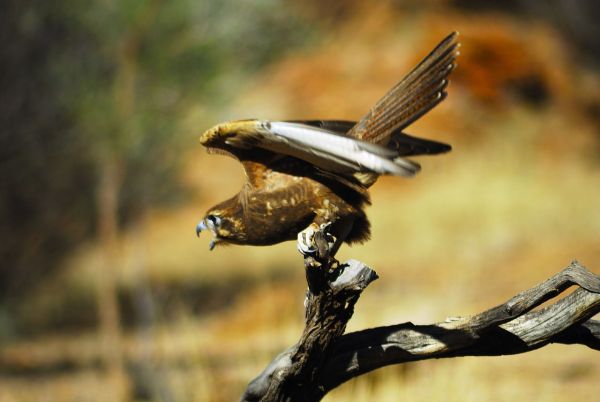 Sometimes it’s hard to know what to think about science reporting on this vast Internet of ours. When you receive a link to an article in the Daily Mail, for instance, your thoughts do not immediately leap to “my god, a ground-breaking, perhaps even mind-blowing advance in the study of avian tool use!” And when your attempts to follow it up lead back to the coyly-named IFLScience.com, one is inclined to mutter darkly about clickbait and millenials and how you used to have to get your science news by walking uphill both ways in the snow*, darnitall.

Nevertheless, if true, this is very interesting: apparently raptors in Australia have been observed playing with fire, picking up smoldering sticks from burned-over areas and using them to set fresh blazes and drive prey into the open. Not only does this chip away at yet another aspect in which humans were once considered unique, leaving us with basically only nuclear physics and carbonated beverages out of our entire claim to being the most advanced life-forms on the planet, it of course leaves us with a gripping theological question: where exactly did Raven get that fire that he claimed to have stolen from the sun?

While Richard Dawkins thunders across the intellectual landscape with that one, though, I’d like to turn my attention to matters more practical: birds are using fire to obtain food. We also know that they are already putting their food into pits. This can mean only one thing.

At some point, some kind of raptor — most likely a falcon — is going to independently invent barbecue. And with barbecue, inevitably, comes the need for a drink. Beer, Coca-Cola, Orange Crush. In a word, carbonated beverages.

Then we will have nothing but The Bomb. Dark days, my friends.

*the geography at Cornell is very curious.

« Previous post
Tanagers at the San Luis Adventure Park, Costa Rica
Next post »
Where Are You Birding This Third Weekend of February 2016?