Blackpoll Warblers are one of the species for which the term

“confusing fall warbler” was made.  Their namesake black cap is entirely lacking by the time they start their epic journey south and they look like just another greenish-yellowish bird.  A close examination will reveal the streaking on the back that distinguishes Dendorica striata from the similar Pine Warbler, and faint streaking on the underparts, white undertail coverts, and yellow or orangeish feet and legs that rule out Bay-breasted Warbler.  The same day 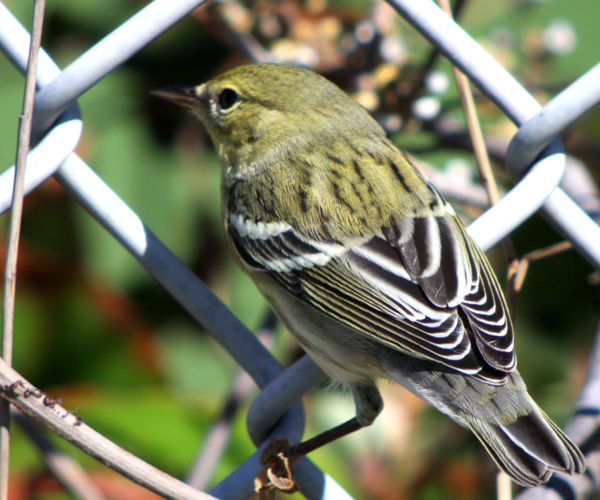 that I got great 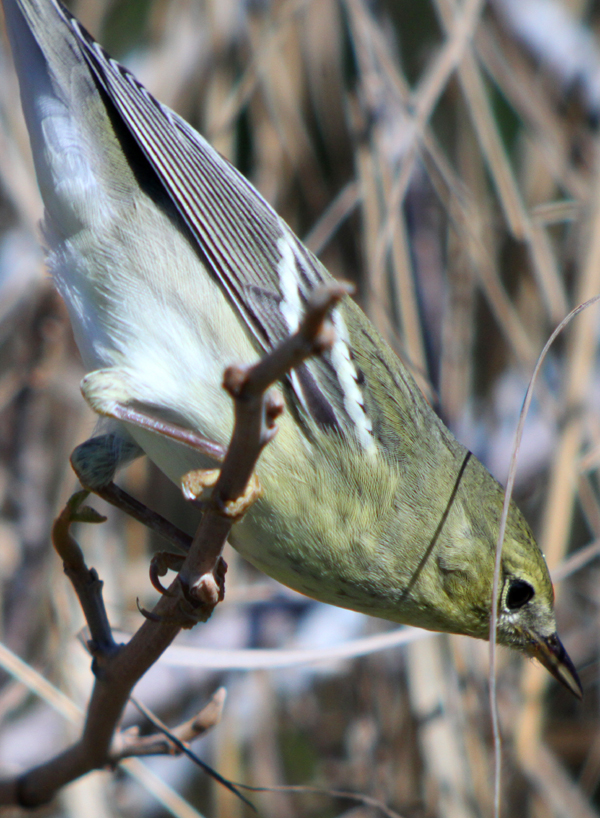 looks at a cooperative Magnolia Warbler I also managed to spend some time studying and digiscoping a very confiding juvenile Blackpoll Warbler in the same general area.

Just the thought that the little five-and-a-half inch bird had already migrated down from the boreal forest of Canada or perhaps one of the mountain ranges of the northeastern United States was mid-blowing enough considering the bird was still in an egg in June.  But that is the easy part of the amazing migration of the Blackpoll Warbler.  Its next step, once it puts on a lot of weight for energy, is to launch itself southeast out over the Atlantic until it hits prevailing winds that will be at its back as it curves to the southwest into northern South America.  The nonstop flight, which take over 72 hours, is awesome in the literal sense in that it inspires awe.  Who knows?  I might see the same bird when I am birding in Ecuador in November!

clicking on the image below will get you a larger version 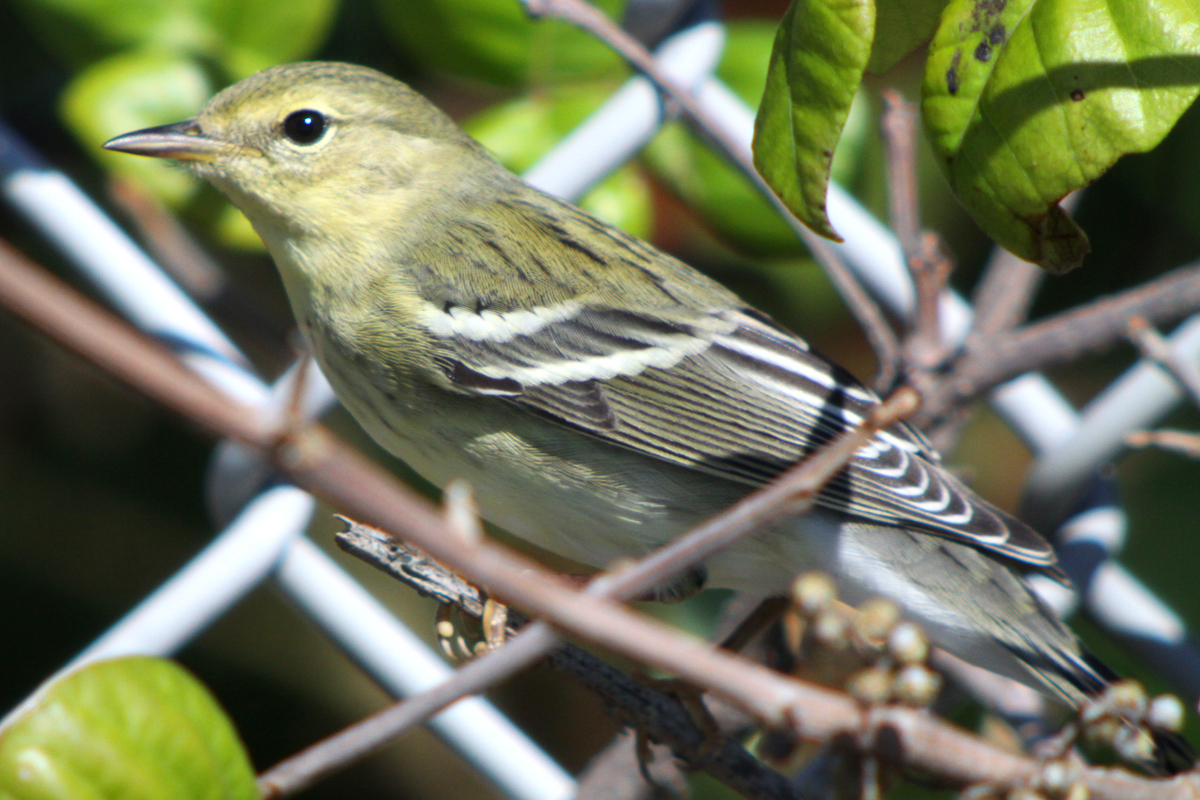 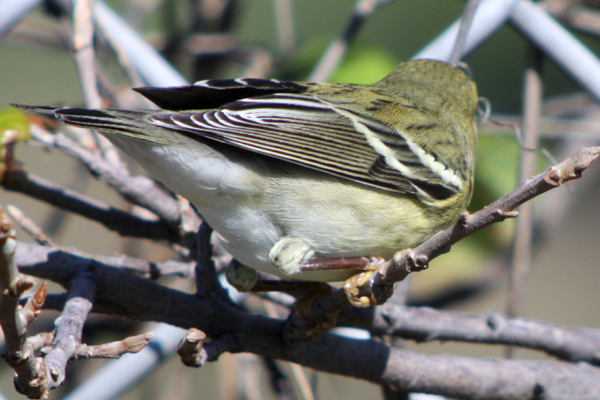 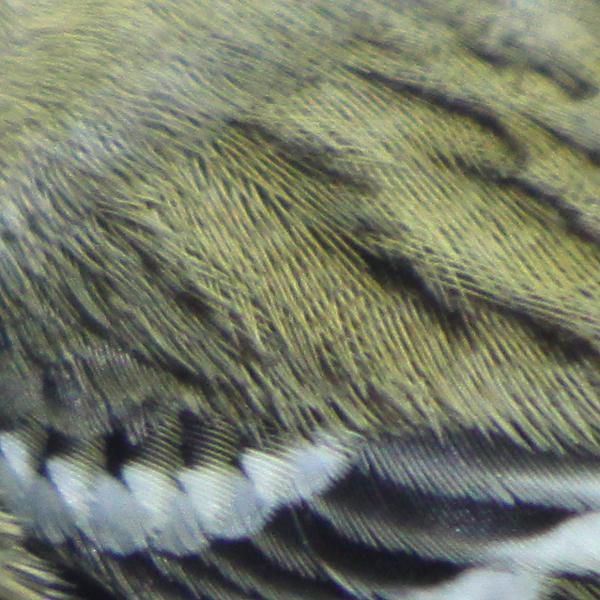 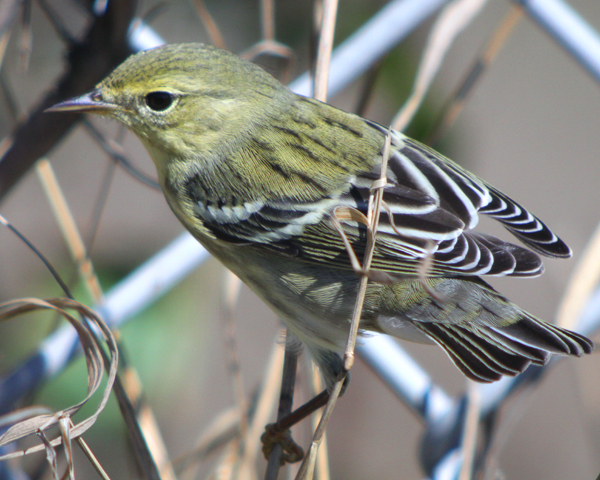 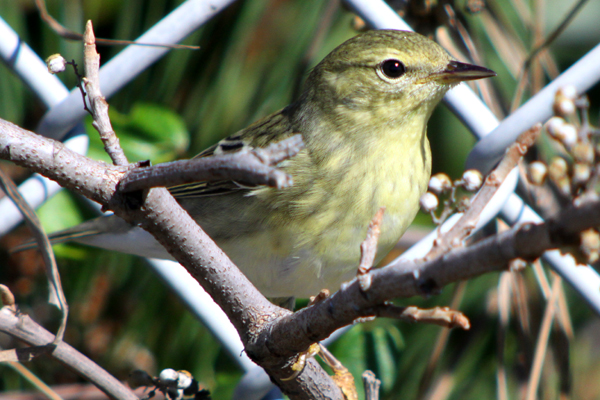 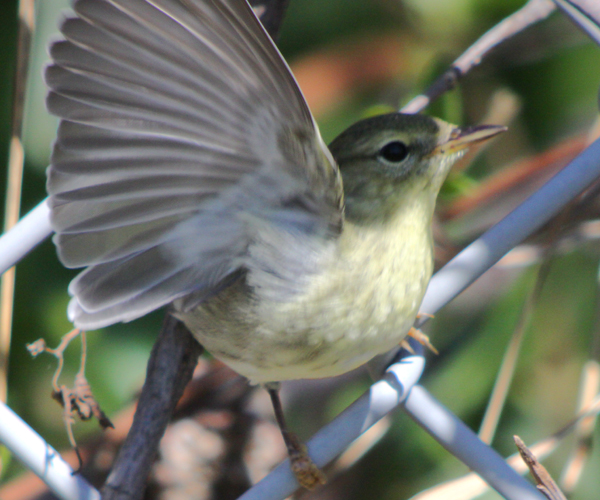 This post has been submitted to Bird Photography Weekly #109.  Go check it out! 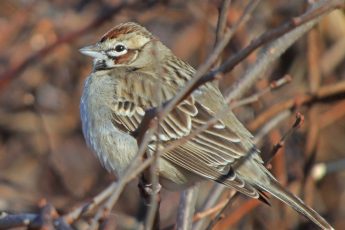