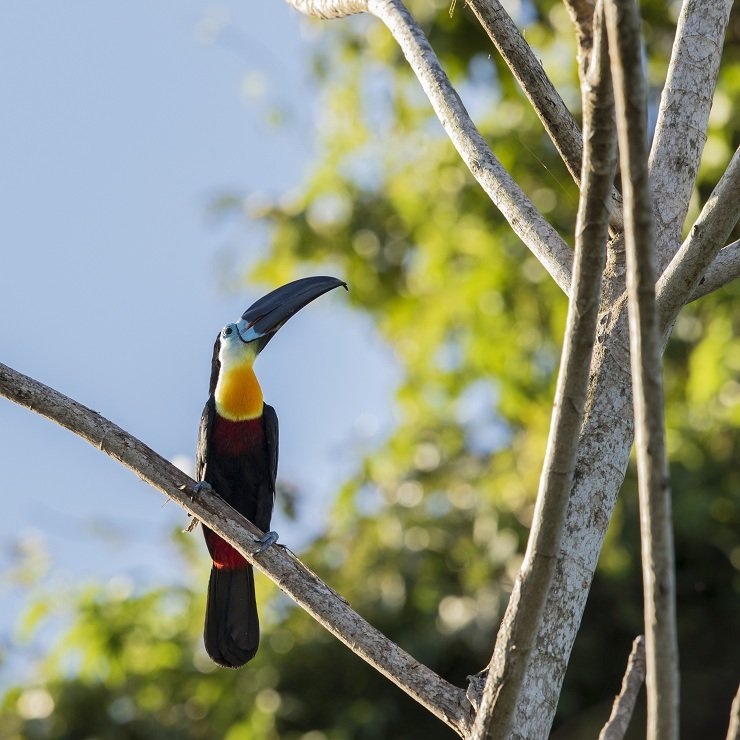 The southwest peninsula of Trinidad is unfortunately rarely birded by visiting birders. Most tourists historically spent their time at the northern end of the island and although it may seem like a small place – getting around can be a bit tricky. Let’s just say that the journey from the capital city, Port of Spain, to the said peninsula could easily run into 2.5 hours one-way. And that’s without taking any unforeseen circumstances into consideration!

The incredibly rich and biodiverse southwestern peninsula is a true cornucopia of different habitats. Delving into the forest as soon as the sun breached the horizon, we were greeted with the din of the dawn chorus. Trogons, flycatchers and most conspicuous of the lot – a group of Channel-billed Toucans.

Nearby, a lone White Hawk sat motionless, surveying the ground below.

A short distance away, the forest descended into a palm-dominated marsh. The area was flat and waterlogged, the clear sky seemed to encourage the sun to rise quicker and burn any exposed skin. Red-bellied Macaws gorged on the palm fruit while Striated Herons patiently waited for their meals to come to them at the edge of the tranquil water.

A sure sign of a prolific wetland is the presence of one of our large herons. This Cocoi Heron was intent on preening before breakfast, however.

We caught this Limpkin with its favourite meal – a snail.

Gradually making our way to the very end of the peninsula where the roadway bisects a large lagoon at one of the most picturesque locations on the island, the brooding clouds on the horizon finally materialized and burst, lowering the temperature by several degrees, surely. A few Ospreys seemed to enjoy the deluge.

An Osprey takes to the air after sitting in the shallow water for some time.

After the rain cleared up, we were able to comfortably alight from our vehicles and poke around. Yellow-hooded Blackbirds and Yellow-chinned Spinetails were ubiquitous as expected, along with a few shorebirds in some isolated ponds.

Most interesting of the peeps was this lone Western Sandpiper. Bonus points if you figured out that the out-of-focus bird here is a Solitary Sandpiper.

We kept our eyes peeled for any birds of prey – Savanna Hawk, Grey-lined Hawk and Common Black Hawk were all expected. We only saw the first two, and in our effort to scour each broken limb for a perched raptor, we stumbled upon a Bat Falcon of all creatures.

Having birded the forest, the flooded palm savanna, and now the lagoons, there was only one more area to check out – the mangroves. By now the sun had emerged from behind rapidly dissipating clouds and assisted by the shower of rain made the atmosphere incredibly humid. I managed to see my first Loggerhead Turtle within the mangroves, an unfortunate soul that became trapped within the maze of roots during an exceptionally high tide and lost its life. I’ll spare you the pictures of the dead sea turtle and instead share something a little brighter.

As always, an adult Scarlet Ibis shines like a beacon.

Although our first regional specialty was a no-show, the second was quite obliging. The area is known for being a breeding area of the enigmatic Rufous Crab-Hawk and it was the first place I saw the species, many years ago.

On our journey back, we tried again by a couple forested bridges for any glimpse of a Rufescent Tiger-Heron, but no luck on that front. Maybe another time. Such is birding. 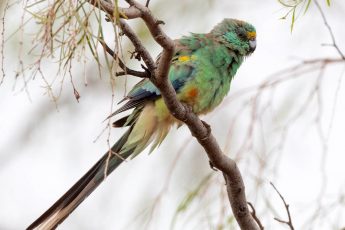