February 1, 2017 by Meredith Mann No Comments 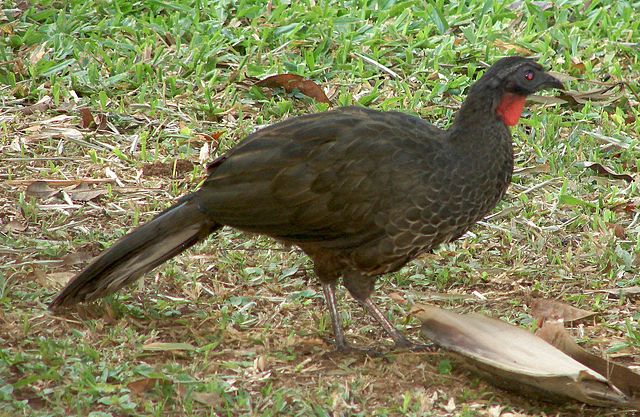 A few years back, Audubon magazine published a thoughtful article and series of musings (including those of our very own Corey Finger) on the subject of why birds matter. Of course, if you’re reading this, then birds clearly matter to you, for any one of a number of reasons. But not everyone sees things through such an avian-positive lens, and hence science often has to make the case for birds’ intrinsic worth.

The latest such argument focuses on birds’ value to the well-being of rainforests. (You can read the original paper here.) Essentially, scientists studying different types of habitats—mature forests, deforested lands, and new-growth forests meant to replace previously cleared trees—observed that birds provide many important services, including insect predation, seed scattering, and other means of enhancing biodiversity.

The new-growth forests might seem to be in good shape, the researchers point out, but since avifauna (like Rusty-margined Guan, above, photographed by Enrico Zimbres and shared on Wikimedia Commons) have not fully taken to them, these trees are fighting an uphill battle for survival. According to the study’s senior author, Dr. Joseph Tobias of Imperial College London, “The trees of a forest may look healthy, but if the animal species required for pollination or seed dispersal are gone, then looks are deceiving. The trees are also likely to disappear over time.”

He added, “Our findings are a warning flag that we can’t just look at a snapshot of forest health as it appears now—we need to think about preserving the ecosystem processes that will allow forests to survive in the future.” The scientists hope to expand the scope of their study to examine how humans affect global ecosystems. This whole project, in essence, brings new meaning to the concept of the canary in a coal mine.

Top 101 Blogs to Inspire You To Protect Endangered Species

I Hear Vultures Are Making A Comeback