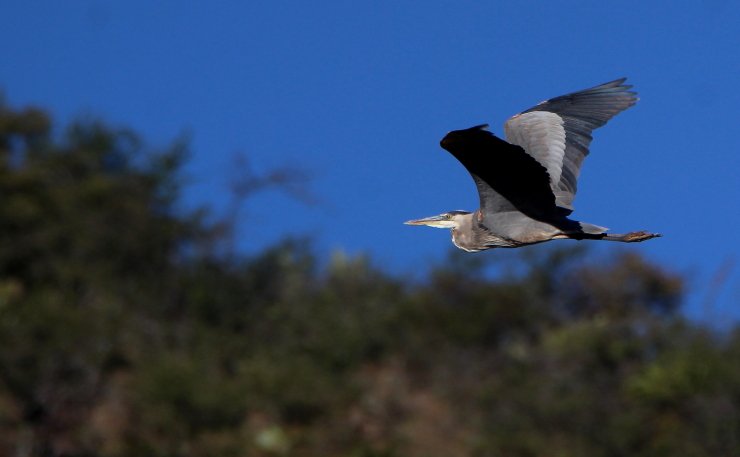 I took a couple of weeks “off” from chronicling my weekly outings, in order to give my thoroughly amateur recommendations on bird photography, for other thoroughly amateur photographers that might be out there. It was, it turns out, a rather exhausting job to write those posts.

But special post subjects must eventually come to an end, while weekly birding does not. This is especially true when a new year has begun, and one is in that marvelous period when every bird is new again. (Oh look! My first House Sparrow for 2021!) January is the month where I allow myself to go only to my very best sites, and rejoice in even the most commonplace species.

In my mind, every New Year’s Day should fall on a Monday, since that is the day when my pastoral job allows me to head for the hills. But it is not always so, and it was not so this year. Which meant that I paid some special attention to my own yard as I awaited Monday, January 4th. By the time that day rolled around, I had already seen 29 species in our yard and neighborhood, including a few surprises: an endemic Rufous-backed Robin, which is a rare visitor to my garden; a Violet-crowned Hummingbird, a species which I thought had abandoned our neighborhood years ago, but I now saw spending quality time in the crown of my Jacaranda tree; and a Dusky Flycatcher joining, for the first time, our regular Vermilion Flycatcher. Since then, we have also had our first Blue Mockingbird visit, followed by a pair of male Indigo Buntings. It’s good to have the only water source in several blocks!

Once that first Monday finally arrived, I broke with tradition and headed to my new site of Las Mesas, for its wonderful combination of reservoir, open fields, mixed forest, and mature pine forest. I correctly suspected that Lake Cuitzeo would be too dry this year to give me its usual 75+ species in the deep of winter. (It yielded 88 on January 1st, 2020.) But Las Mesas did indeed come through, with 79 species. Ten of these were hummingbird species. But I was more surprised by a Cinnamon Teal — my first duck for the reservoir — accompanied by 5 Pied-billed and 6 Least Grebes, since Least Grebes, especially, tend to be solitary birds here. In its thorn forest, a hard-to-find Black-chinned Sparrow turned up, while the forests offered up a relatively uncommon Yellow-bellied Sapsucker and four well-hidden Pine Siskins.

The sun was barely up when I photographed these Least Grebes. But I just had to show them all together.

Later in the day, the Pied-billed Grebes became more visible (with one Least Grebe tagging along).

In the woods beyond the reservoir, this White-eared Hummingbird put on a show while feeding.

But I was more impressed to see this female White-eared Hummingbird on its nest — in mid January!

In contrast, the much-diminished Lake Cuitzeo offered up only 60+ species. The lack of deeper water ruled out the presence of any Ruddy Ducks or Clark’s Grebes, and the constantly shrinking shoreline did not allow me to see any Snowy or Semipalmated Plovers, Least Sandpipers or Wilson’s Snipes, among many other missing shorebirds. There were no American or Least Bitterns, and Caspian Terns and Ring-billed Gulls were few and far between, with no Laughing Gulls or Common Terns present. There weren’t even any White-faced Ibises, which usually number in the hundreds to thousands.

Nevertheless, many of the Cuitzeo shorebird and waterfowl species cannot be found anywhere else in my area, so I still chose the lake for the year’s second outing. I was delighted to see a lovely Yellow Warbler just after arriving, since I did not see a single one in 2020.

It’s always a pleasure to see a Yellow Warbler.

Northern Pintails may be our most handsome wintering duck.

This female Northern Shoveler and these Cinnamon Teals could be the start of a new photo album: Ducks Standing on Rocks.

I do appreciate this Stilt Sandpiper showing its shorter bill here, since this species always seems to mingle with the similar and much more common Long-billed Dowitchers. I never notice its presence until I study my photos at home.

This post is already threatening to become far too long, so I’ll report next week on my outings to see Paso Ancho’s lowland species, and La Escalera’s mid-altitude specialties. But I can say here that those two trips only confirmed the story of these first two trips, in which my species count for January suggests that 2021 may not be a banner year on a local level. Oddly, it looks like pandemic restrictions are not to blame. Rather, the fault probably lies with Michoacan’s current long-term drought problems. 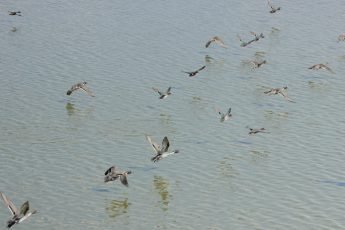 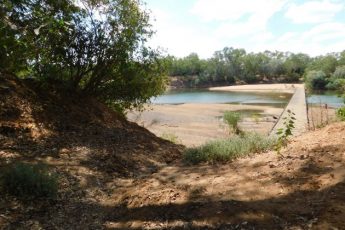 Where Are You Birding This Third Weekend of November 2012?