How To (And Not To) Transport Wild Birds 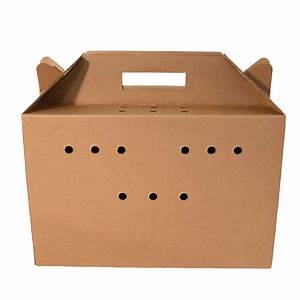 I am so happy to be back on 10,000 birds – I have missed Mike and Corey and my fellow Beat Writers!

Normally I rant about environmental dangers and describe heartwarming/mind-boggling/headscratching wild bird rescues. Occasionally I host wildlife rehabilitator vent-fests, where I post a question on Facebook and duly note the rehabber responses. Today’s topic comes from Tracy Anderson in Hawaii: what was the strangest container (or method of transport) in which you have received wildlife?

TIP: if you find an injured/orphaned bird, here’s a handy guide which can be modified for other wildlife: http://www.10000birds.com/wild-bird-rescue-101.htm . You’re aiming for a logically-sized cardboard box with air holes, and a post-haste delivery to your local wildlife rehabilitator. However…

Tracy starts us off. “A guy moving his bees one evening found the first downed fledgling Newell’s Shearwater of the season,” she wrote. “All he had was an empty super (the part of the hive where the honey would go), the bottom, and the lid. So he brought the little Shearwater in a beehive.”

“Two wildlife biologists brought me a Golden Eagle inside a metal pipe.” wrote Debbie Souza-Pappas in Utah. “They were out in the field doing surveys and they found him. What are the odds? They had nothing else to put him in.”

Here’s a sad example of where logic failed. “A lady put American Robin nestlings in a small Tupperware container and put the lid on,” said Jodi Swenson in Massachusetts. “Obviously, there’s no air in there.”

Sometimes deliveries arrive in clothing. “Baby Grey Squirrels in a shoebox wrapped in a dude’s old tighty-whities,” said Michelle Wellard. “No, I did not take a picture!” Tracy Anderson, on the other hand, whipped out her camera for this Wedge-tailed Shearwater chick delivered in a wet boot. “There had been heavy rain and it was all they had. After some warming and drying in the incubator, he did great!”

Debbie Faires in South Carolina had a baby squirrel delivered in a mink hat. “And another one,” she added, “in a tampon box.”

“A Big Brown Bat in a large glass terrarium,” said Marlene Ehresman in Iowa, “because the people wanted to make sure it wouldn’t escape.”

Bat finders often want to insure there’s enough room between them and the bat. “They brought us one in a box the size of a small refrigerator,” said Karen Lynn in Connecticut. “But one woman brought a bat she had been taking care of for a few days. In the transport box was the bat and a SpongeBob Squarepants Pineapple House – she said that’s where he slept. Ok, so I transferred the bat and the house to a Reptarium and sure enough, later that day, the bat was hanging inside the Pineapple House. Sometimes you just have to trust the finders.”

Occasionally a lucky wildlife rehabilitator will come across a perfectionist who not only delivers the wildlife in a proper cardboard box, but adds the name of the rehab center and lovely artwork to boot. “Yes, there was an American Kestrel inside!” said Alix Parks of Happinest Wildlife Rehab in Tennessee.

The finders of an adult Barred Owl brought to Kathryn Dudeck in Georgia thought he had a wing fracture, so they wrapped the entire bird in the plastic protective wrap used by landscape companies and taped it up. “Unfortunately, he didn’t make it,” said Kathryn.” I didn’t want to say anything, but I think the bird had been gone for a while before they wrapped it.”

Necessity may be the mother of invention, but sometimes it requires extensive clean-up. “A Red-Tailed Hawk wrapped in an oily rag and transported inside the guy’s pickup truck toolbox,” said Johanna Walton. “Thankfully the bird was alive, but he needed a lot of Dawn soap baths.”

This brings us to those puzzling aqua-deliveries, none of which ever seem to entail wildlife that live in water. “We had a fledgling Yellow-billed Cuckoo delivered in a glass of water,” said Marge Cahak Gibson in Wisconsin. “By a lawyer.”

“A nestling American Robin in a bucket of water,” wrote Jane Neville, now in Florida. “Soaked and ice cold! I was so horrified I didn’t even ask why.”

“A bat in a bucket floating on a piece of watermelon,” wrote Michelle Whitfield English in Alabama. “But there was a reason – the people found it in a lake, floating on the watermelon.”

“A pinky mouse…a day or two old… in a dishwasher box,” wrote Cindy Sobels Sniecinski in Michigan. “The lady didn’t want it to get out.”

When it comes to wildlife rescue, transportation runs the gamut as well. Jan Turner took in a raccoon cub delivered by a well-meaning couple determined to get it where it needed to go. “They drove her over 50 miles sandwiched between them on a motorcycle,” wrote Jan. “It was terrified.”

Karen Lynn’s Red-Tailed Hawk was not as easily intimidated. “A bunch of bikers found him entangled in monofilament. They were able to untangle him, but they took a few good talon hits in the process. One of them put him in their motorcycle box and they all brought him to me. They showed me their wounds! These huge guys with long beards and Harley T-shirts were almost in tears when I told them the bird would be OK. They were awesome.”

“A driver wearing a tuxedo and white gloves pulled up in a stretch limousine,” said Barbara Bellens-Picon in New York, “and handed us a velvet-lined box of baby squirrels.”

“I hope you got a generous donation!” said Jodi Swenson, pairing what may be the two most important things in dealing with the public: delivery and donations. “Yes, we did!” replied Barbara.

Crystal Edelman in Ohio had a notable intake when a woman appeared, reached into her bra, and pulled out a hatchling songbird. “Apparently she found a fallen American Robin‘s egg,” she wrote, “and kept it in there for two weeks! She even slept with it.” How did Crystal react? “I was impressed but bewildered.”

The prize for presentation goes to the folks who delivered this very small opossum to Michelle Wellard in Philadelphia. The carrier was a normal cardboard box, but the opossum was nestled on a square of white fur, surrounded by pinecones and greenery, and all of it was festively tied with a ribbon. The photograph provoked hearts and smiley face emojis from the rehabbers.

“Almost restores your faith in humanity!” I wrote.

“Almost,” replied Lindsay Brooks in California, demonstrating why I love my rehabber tribe.