Watching wildlife is a delightfully stimulating activity, one that can be enjoyed thoroughly from youth to senescence.Â  However, the choice regarding which specific creatures to watch is one that should not be undertaken lightly.Â  While the selection of a suitably numerous, beautiful, and accessible class of organisms will ensure a lifetime of pleasure, the wrong decision can only lead to frustration, regret, and heavy drinking. One might imagine that the popularity of avifauna as an international object of attention is mere happenstance, but in fact, when one weighs the merits of watching birds to, say, watching snails, the merits of the former become inescapably obvious.

The first standard to apply is species diversity.Â  Although life is infinite in its multiformity, wildlife watchers need discrete chunks, benchmarks to seek and attain. Listing is, whether people will admit it or not, one of the primary drivers of wildlife watching. Too few species (e.g. wolves) render listing moot while too many detract from the satisfaction that comes of closing out certain genera or state lists. Gastropoda is one of the world’s largest classes of animals. Most of the known species live in the oceans, and yet there are still about 40,000 species on land. Those are some pretty tough numbers to get one’s arms around. Class Aves boast approximately 10,000 eminently manageable species.
WINNER: Birds

Appearance is obviously an issue when it comes to matters of visual sport.Â  Birds and snails alike are capable of both astonishing beauty and enervating drabness, so the matter of pulchritude is, as they say at the blackjack tables, a push. However, looks aren’t everything. Scale, as anyone who has seen a massive raptor like an eagle soaring can attest, also has appeal. The largest known terrestrial snail, a Giant African Snail, weighed in at a whopping 2 pounds and measured over (gasp) 15 inches. North African Ostriches, on the other hand, have been recorded up to an intimidating 345 pounds and 9 feet tall.
WINNER: Birds

Part of the fun of wildlife watching comes from the fact that said wildlife moves, adding to the thrill of the hunt.Â  No one can deny that a bird in flight is one of nature’s grandest sights. Yet, it hardly seems fair to compare an aerial avian to a poor earthbound mollusc. To be sporting, we should look at land speed. Our large friend, the ostrich can attain land speeds of up to 45 miles per hour. Speckled Garden Snails, veritable speed demons among gastropods, clocks in at up to 55 yards per hour, compared to the pitiful 23 inches per hour of most other land snails.Â  Apparently, cruising around on a slick of mucus doesn’t do much for one’s velocity.
WINNER: Birds

No wonder birding is one of the fastest growing outdoor interests in the world. This is not to say that snail watching (best not to call it “snailing”) lacks its own charms. I know a guy who could tell you stories about gastropods that’ll make your toes curl! Actually, Aydin Ã–rstan expounds with humor and authority upon all manner of bird, bug, and beast, not to mention the occasional bottle of beer. But Snail’s Tales are clearly his passion. Fortunately for us, he’s singing a profound song about avifauna today as the host of I and the Bird #15.

Whatever class, genus, or species of wildlife you decide to watch, you’re bound to see a few birds, and if you have a blog, I know you’re going to write about it. After all, good content can be hard to come by. Get your avian-flavored posts in front of a wider audience by being a part of the next I and the Bird. Send in a link and summary to me or our next hosts, Rexroth’s Daughter and Dread Pirate Roberts, otherwise known as the delightful Dharma Bums. IATB #16 is scheduled for Thursday, February 2, so get those posts in by the deadline date, Tuesday, January 31! 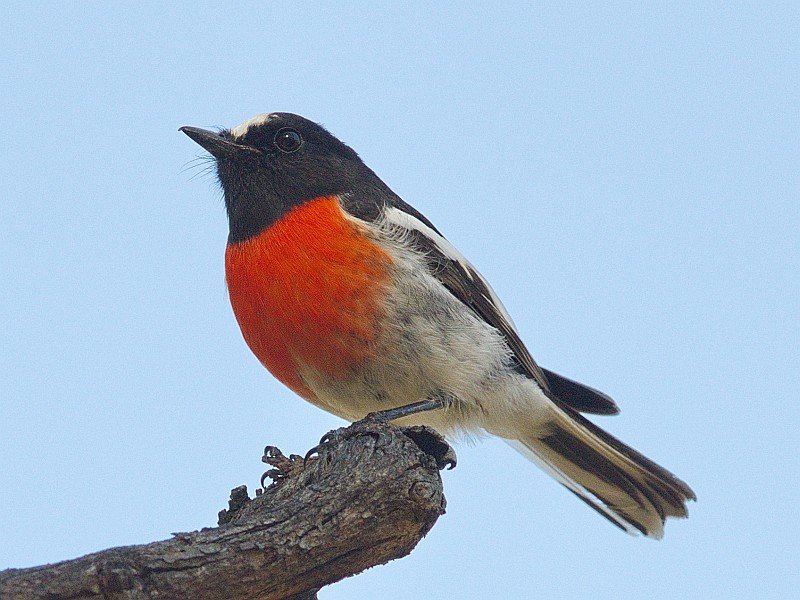 I and the Bird: What is a Robin?