I’m On A Boat! Pelagic Trip Off Montauk

This weekend was when I finally, finally, finally, after numerous failed attempts this year due to car problems and weather, got on a boat and went on a summer pelagic trip off the eastern tip of Long Island.  I had visions of shearwaters, jaegers, phalaropes, and skuas in my head when Doug and his dad, Bob, picked me up in the pre-dawn darkness for our long drive out to Montauk.  On the way we picked up a couple derelicts with degrees from Cornell named Nick and Shawn, and then Doug put the pedal down and we were out on the south fork in no time.

though it was clear that the northwest wind that was still blowing hard had, overnight, encouraged the land birds to move.  We did get to experience a pleasing sunrise and I had pleasant memories rekindled at Deep Hollow Ranch.  But, as exciting as seeing a Merlin harass a flock of starlings was, we had not driven all the way to Montauk to muck about with land birds. No, we had journeyed far so we could spend our hard-earned dollars to go out in a boat and see great birds.  We arrived at the harbor area with plenty of time to spare (it being bad form to drive to Montauk and miss the boat) so we briefly scoped the tern hordes roosting at the jetty and quickly turned up a few Roseate Terns.  After that nice find we retired to a coffee shop for some last minute provisions and then got on the boat.

A brief moment, if you will allow it to me, must now be taken to explain the logistics of our trip.  We were going on a whale-watching trip organized by the Coastal Research and Education Society of Long Island (CRESLI), the same organization that I joined last year for a similar trip.  CRESLI partners with the Viking Fleet to do whale-watching trips every summer, a great way to spend a summer day on Long Island.  For birders, the attraction is that when one is out looking for whales one often finds birds, and if the folks working for CRESLI know that you are interested in birds they will help you find them and try to get you close to them (so make sure if you go on a CRESLI trip you make your interest in birds known!).  The season for whale-watching trips with CRESLI is almost over but you can always go next year…

Anyway, we were steaming out of Montauk Harbor by 9:45 AM.  The sun was shining, the northwest breeze was blowing, and we were ready for birds!  Out first chance at something good came as we made our way around Montauk Point.  There were quite a few fishing vessels in the area and, near them, were several clouds of terns.  Sorting through the terns got us two Black Terns, which were nice, but were really little more than an hors d’oeuvre for our hoped-for main course. scanned constantly, hoping to find our quarry.  Other than three more Black Terns flying together, a bat making its way back to shore, and some Monarch Butterflies, it was quite some time before we saw something else besides water, waves, sun, and sky.  The lighthouse at Montauk Point receded behind us as we made our way south, further and further from shore, and finally spotted a Cory’s Shearwater and a Northern Gannet

in quick succession.  The looks at each were decent, as they flew from the starboard side and across the bow, and Nick and Shawn were happy because Cory’s Shearwater was a lifer for Nick and a state bird for Shawn.  I was happy because it is always good to see my namesake, even if it is spelled wrong on the checklists.  After those two birds it was a bit of a lull again until we found dolphins.  Many, many, many dolphins.

When you are on a whale-watching trip and end up in a big pod of Common Dolphins, there will be some very excited people.  Try not to stand between them and the spot on the boat with the best view.  You will be trampled and your pleas for help will be ignored.  The high-pitched squealing and crying had me looking around for a little girl so I could share her happiness for minute.  Instead I found Doug wiping his eyes, trying to pretend like it wasn’t him that sounded like a preteen at a Justin Bieber concert.  Not that I could really blame him, after all, dolphins are pretty cool and we were in the middle of a very large pod of dolphins that gave us great looks as they swam all around the boat. We spent quite a bit of time with the dolphins, time that we birders enjoyed but that we also kind of resented, because we could see, not too far off, several commercial fishing boats with rather large groups of birds around them.  They were very far away but if we squinted we could convince ourselves that there were, at the least, shearwaters out there, and we wanted to go see if we were right.  Of course, we couldn’t be upset with CRESLI, after all, we were on a boat with a whole bunch of people who had shelled out cash to see whales, and dolphins are more similar to whales than shearwaters are.  But when we finally broke away from the whales and did a loop through and around the fishing boats, well, we were happy.  Our first good birds were a host of Great Shearwaters Puffinus gravis. There was the occasional Cory’s Shearwater mixed in with the Great Shearwaters and, eventually, Shawn and Nick simultaneously (or at least close enough to simultaneously) spotted and called a Sooty Shearwater, another bird that was a lifer for Nick and a state bird for Shawn.  It was only the second sooty I had ever seen, and much better than the look I got of the one off of Shinnecock Inlet earlier this summer.  Nonetheless, the bird did not cooperate, but got off the water and flew away from us on a straight line. Despite our best efforts we would not add another species of seabird for the rest of the trip.  No jaegers, no storm-petrels, no albatrosses, no nothing else.  But we did see more Common Dolphins! After several more run ins with pods of dolphins we were steaming towards shore, hot, happy, and exhausted, looking forward to land under our feet, when we saw a

small yellow bird flying parallel to the boat.  It took a bit, but we eventually got it identified as a Magnolia Warbler.  Within the next half an hour or so we also spotted a Brown-headed Cowbird and a Cedar Waxwing.  All three birds were most likely migrating when the northwest winds caught them and blew them out to sea.  When we saw them they were trying to get back to land.

Not long after the unexpected warbler I spotted something dark and oddly shaped in the water ahead of us.  We birders called up to the CRESLI folk on the second deck who got the boat to slow down and then everyone quickly realized we were dealing with a sea turtle, a Leatherback Sea Turtle Dermochelys coriacea to be exact!  Never having seen one before, I was rather psyched, as was everyone on the boat, who quickly came forward to get looks at the largest species of turtle in the world. The turtle then dove, and though we waited, we did not see it come back up so we resumed course for home until Bob spotted another leatherback, which also dove and did not resurface, but did lead to our tarrying at sea again.  We steamed into harbor at about 4:30 in the afternoon, satisfied with our trip but wishing we could go on another.  We all recommend CRESLI as a good, cheap way to get out on the water, and urge you to get out there with them. 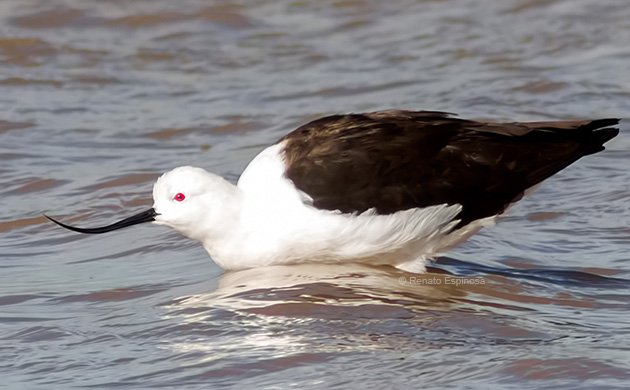 « Previous post
Where Are You Birding This First Weekend of September 2010?
Next post »
Parrots in Brooklyn Being Poached?