Have you ever really stopped and really watched a group of House Sparrows? So many birders (too many perhaps) ignore these small, but really remarkable birds. It’s hard to believe that many birders and even people in general think of these birds as pests, which is very unfair.

At this point many know the history of the House Sparrow. When a whole bunch were released in the late 19th century in New York City, they quickly found and filled an ecological void that no other species in North America could fill, the inner City. Having few predators, and ample food source (the grain in Horse droppings) the birds population exploded and in a few short decades had spread from coast to coast and well north into Canada and into Central America.

As they pressed out into more rural areas, usually attracted to farms they began to compete with local and native species for nesting space. The House Sparrow is very aggressive and was likely one of the causes of declines of certain species such as Eastern Bluebird. But then the unthinkable happened, the car replaced the Horse and the Sparrow’s main source of food in cities disappeared. As a result the populations crashed, down to current levels, which by some estimates is only about half as many as their were in the early part of the 20th century; while many bird species would have been devastated if a main source of food was removed, the House Sparrow adapted.

Not only has the House Sparrow adapted, it has continued to adapt to the way we as human change our cities (for better or worse). It’s difficult these days to go through a McDonald’s Drive Through and not see the little buggers practically flying into your car to steal a french fry or two. That in itself is an amazing feat that this bird has adapted in North America to our heart attack diets.

But I want to you to try and envision a world without House Sparrows. Many birders no doubt would say “great, good riddance”, but just think of how bird-less our cities would be. None of our “native” species would regularly nest in our urban environments. We might find a few in migration, but we would not get the flocks of boids looking for handouts at lunch time. If you follow the ski center idea that 1 inch of snow in NYC or Boston is as good as 1 foot in the mountains, then you can understand how these birds remind people (especially non-birders) about the bird world (the Pale Male effect). House Sparrows are not shy and they are a perfect species to watch and learn about bird courtship and nesting.

But these birds are vilified for being what they are. No one alive today is responsible for releasing them into North America and while releasing them likely wouldn’t happen today, we can’t go back in time and change things. Thus, we should view the House Sparrow, as not only a member of the avian world of North America, we should embrace them.

Because these birds enjoy living with us, they are excellent indicators of the health of our urban environments. Several informal studies have been done, and the House Sparrow continues to be in decline. One of the leading factors is that the over all health of our cities, is not as good as our politicians tout. If our Cities are so unhealthy that they are killing House Sparrows, imagine what they are doing to us.

But no matter how hard we as humans try to destroy the world around us, the House Sparrow will be there at our sides, adapting with us (or in spite of) and that deserves a lot of praise in my book.

This post was written by wily Will Raup of The Nightjar. Will, a frequent birding companion of ours (at least those of us in North America) professes to think about where the Ancient World meets the Modern World but usually winds up blogging about birds, baseball, or video games. 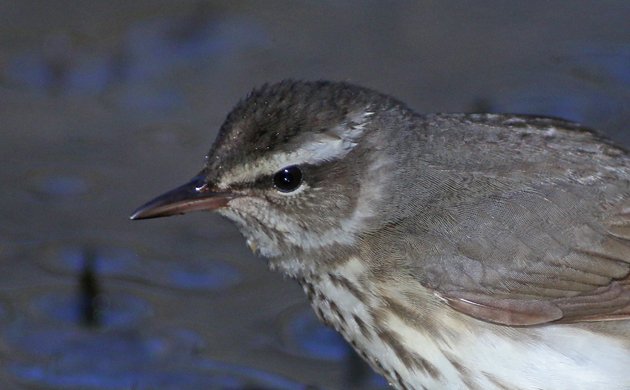