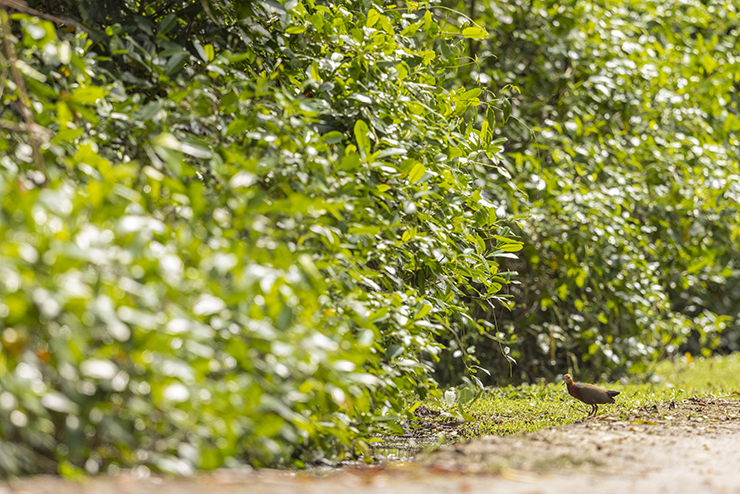 As averse as some of us are to mathematics and its concepts – just as many of the scientific disciplines have been our attempt to explain natural occurrences, so too mathematics is an explanation of how life unfolds. Birding is no different – especially when done naturally. At the complete mercy of chance, birds show and hide themselves based on a combination of factors which can all be condensed to a function of time and space.

Or as most of us will term it – right place, right time.

I make mention of birding done naturally; the definition of which is taken as an action that is untainted by extraneous effort; consider birding within the framework of not interfering in the probability of seeing a species. Birding a set space with this modus operandi begins with a flurry of sightings that gradually decrease in frequency. Occasionally they may occur in spurts that coincide with migration or some other factor. But eventually, the intervals between lifers begins to get longer and longer. For me as a resident birder in a twin island nation, it’s been many months since my last lifer. The truth is before last Friday I can’t recall what my latest lifer was. I probably wrote about it on this blog but it escapes me at the moment.

Anyway, onto the business of last Friday: a very short drive off of the main north-south highway on Trinidad after heavy rains over the previous few days led us to several Scarlet Ibis that were feeding along the near flooded roadway. After admiring the incredulously red birds in the morning light for a couple minutes, we drove past to find a spot to have breakfast.

At times there were ~20 Scarlet Ibis feeding next to the road, as we passed they flew up into the nearby mangrove.

It was tough to look elsewhere but after about half an hour my wife whisper-yelled “wood-rail” at me – and sure enough further down the road was a small rail with a distinctive short, cocked tail. Bingo – Rufous-necked Wood-Rail – the high waters pushed them out of the inaccessible depths of the swamp and into easily viewable territory.

This Rufous-necked Wood-Rail, my latest lifer.

I know I mentioned not interfering with probability but there are many grey areas here, as all things lie on a spectrum. Full disclosure, I already knew that the wood-rails had been seen there in the recent past. We needed a spot to have breakfast. It was a blend of convenience and purpose that led to this serendipitous occurrence.

This Northern Waterthrush foraged in the tangle of roots over the water.

Would my next lifer follow this trend, and be so far into the future that this much celebrated wood-rail would take considerable effort to relocate within the vast chasms of bird-related memories? Or would it be tomorrow, unexpectedly stealing my breath as I scramble for binoculars or camera? I have no idea if my mathematical suppositions hold any water at all – birding is an extremely randomized process and that is the allure of it all.