The southeast tip of the Florida peninsula is not well endowed with a wide variety of sparrows in winter like the rest of the southeastern United States. Almost any park, even within large cities such as New Orleans and Atlanta, will host such quintessentially common Nearctic species such as Field, Song, Chipping, and White-throated Sparrow in good numbers. This is not the case in southern Florida, where a typical outing to such popular parks as A.D. Barnes or Matheson Hammock will never produce sightings of any sparrow at all (and if you did, it would be a really good sighting). We are just too far south for any of the above mentioned species, but that is not to say that we do not get any sparrows at all. While one can encounter sparrows in a wide variety of habitats from South Carolina to Louisiana, the species that decide to winter in southeast Florida are much more particular in habitat choice, concentrating in abandoned or fallow agricultural fields, edges of degraded and weedy scrubland, and isolated patches of rank wetland vegetation from October to March. The three most common species by far are Savannah Sparrow, Grasshopper Sparrow, and Swamp Sparrow.  Since the bulk of sparrow migration is upon us, these three are the focus of this article. Rather than being named for its penchant for grassy areas, the common name of Savannah Sparrow actually refers to the city of Savannah, Georgia where Alexander Wilson first saw the bird.

Savannah Sparrow (Passerculus sandwichensis) is the most widespread and abundant wintering sparrow in southeast Florida, occupying a wide variety of habitats that include mangrove edges, saltmarsh prairie, and weedy fields. Lucky Hammock is the best location to have guaranteed sightings of this small seed-eating bird, where it is often the most numerous species in the months of November to February. I have also observed it undergo fascinating diurnal movements here, where they move en masse from the edges of taller, scrubby growth to feed in more open fields during the day. For anyone who has birded this location in November, the high, sharp ‘stip’ notes of Savannah Sparrow should become a familiar sound. In addition, good fieldmarks to look for in this very variable species are the yellowish supralorals, crisp fine streaking on the flanks and upper chest, white belly, and dark outer retrices (Vesper has white outer retrices and a white eye-ring, and Song has a much grayer face, coarser streaking, and broader malar stripes). Grasshopper Sparrow is named for its insect-like song instead of its habit for flushing from dry grass in the manner of a grasshopper!

Grasshopper Sparrow (Ammodramus savannarum) is the second most numerous sparrow species in southeast Florida, although it is far less widespread and inhabits only dry, weedy fields alongside the much more common Savannah. I have observed it regularly only in the C-357 Sparrow Fields just outside Chekika plus Lucky Hammock proper and surrounding areas. Nonetheless, where it does occur, it can be quite common. Good fieldmarks to watch for in this species is the short tail, unmarked, overall buffy belly, chest, and malars, and flat-headed appearance — no other sparrow can be expected to occur in its preferred habitat in southeast Florida with this combination of fieldmarks. Like Savannah Sparrow, the type specimen of Swamp Sparrow was collected in Georgia.

Swamp Sparrow (Melospiza georgiana)  is an uncommon species in southeast Florida where it reaches the southeastern terminus of its regular wintering range, becoming markedly more numerous and easily seen as one travels north along the peninsula. Preferred habitats include saltmarsh prairie, patches of cattail (Typha sp.), and microhabitat wet areas in weedy fields (where it can occur alongside the two previously mentioned species), with reliable locations including the Chekika Unit, Shark Valley, and the Coastal Prairie Trail all in Everglades National Park.  It can be easily differentiated from other eastern sparrows by its gray breast (sometimes with blurry, gray streaking), rufous-tinged flanks, and contrasting rufous wings. The most similar species is Lincoln’s Sparrow (which does occur in low numbers), but it has crisp, black streaking on a buffy (not gray) breast and tends to prefer drier habitats.

When and how does one go about seeing these attractively patterned birds? The months of November and March are perhaps the best months to look for sparrows in southeast Florida, when the species treated in this article are joined by less common migrants (?) and wintering species such as Clay-colored, Lincoln’s, and White-crowned Sparrows. Savannah and Grasshopper Sparrows are best targeted first thing in the morning, when they have a tendency to perch up on branches or sturdy blades of grass for long periods of time. Pishing will often encourage birds to perch up and become visible. By walking along the trails in the fields where they occur, one inevitably flushes many sparrows. By patiently and slowly approaching where they land and pishing softly, birds will often reveal themselves at least momentarily for identification. Because it occurs at a much lower density than the two preceding species, the skulking Swamp Sparrow can be more difficult to see unless one is fortunate to see one feeding at the edge of vegetation. Memorizing its metallic ‘chink’ note is perhaps the best way to locate a bird, which can be encouraged to show itself by pishing.

Sparrow season is one of the most exciting times of the year for the local Florida birder. Despite their lack of gaudy colors, their intricately patterned plumage, skulking behavior, and poorly understood movements in the sunshine state more than make up for it. 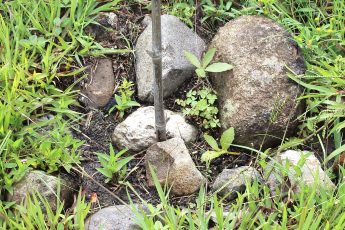 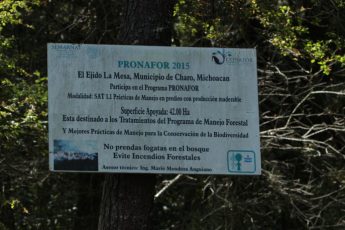 You Can Go Your Own Way