This lovely tribute to a crow was written by Erin Baker, Animal Care Supervisor & Environmental Educator at Teatown Lake Reservation in Ossining, NY (www.teatown.org) The photos show the lengths dedicated people will go to in order to keep non-releaseable birds happy and entertained.

“Our charismatic imprinted crow Landon passed away two days ago, less than 24 hours after of showing her first outward signs of illness. It is very sad indeed to lose such an inquisitive, beautiful and intelligent little friend. “Landon was raised illegally by a man who imprinted her and then released her. Imprinted animals have a notoriously low survival rates, so she headed for a playground, where some friendly kids were eager to hand over their lunches. Think of their parents’ surprise when they realized their kids’ imaginary crow friend was not so imaginary!

“She was brought to Tri-state Rescue and Rehab, and then placed with us here at Teatown. Tri-State described her as “feisty but friendly.” In our 5 years of knowing her, that pretty much sums her up. “Landon was also extremely intelligent. I trained her for education programs, and I like to think I am smarter than a crow, but Landon often had me wondering who was training whom. She enjoyed her young visitors so much so that she learned to “caw caw caw” in a little girl’s voice to greet her child audiences. She nearly gave us all heart attacks when she let out her first scream – it was a relief to realize she was not screaming out of fear or pain, but to imitate the camp kids who would run and scream gleefully through the fields. “I know the two people who will miss Landon most are Lisa K and Becci. Both were wooed by Landon… Becci spent countless hours with our three crows as their human toy, entertaining them and giving head scratches. I think Lisa could write a whole book on crow enrichment (see photos, including the fourth one of Landon running with a noisemaker on New Year’s Eve). The day after each holiday their mew (enclosure) always looked like they’d had the best party around.

“Landon had a fan club, and regular visitors came to sneak her peanuts. I would hear people talking about her as I did the outside animal care routine. She did her job so very well, convincing countless people that crows are not simply a nuisance bird, or common, or unimportant. She taught them that they are intelligent, feeling, personable, curious individuals. I will miss most the times she let me enjoy her world with her, and be part of her flock. Crows are so social, and like us, have close family units. I will miss her begging me for a head scratch, closing her eyes, and then occasionally, just because she felt like it, giving me a nice bite. In return, I would tug her beak gently. And she’d either bite me again, or decide she’d rather have another head scratch. I enjoyed the close bond we shared, and know those of you who had those special moments with her too, will always remember her and miss her greatly.”  -Erin Baker 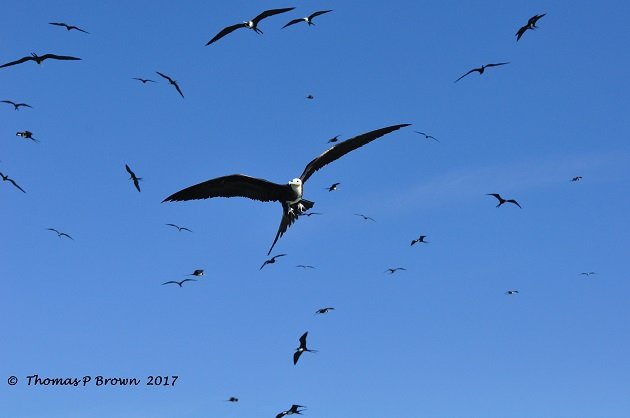