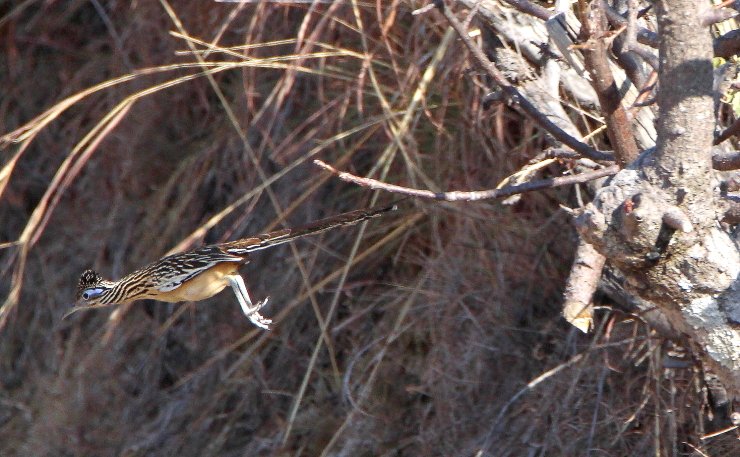 Of course, it could have been much better, even regarding that hobby. As the year began, I was making plans for a work-related trip which would take us to two of the world’s great flyways, with time spent near Istanbul and Gibraltar, the two greatest crossing points for migratory European birds. (For some strange reason, I had managed to schedule this work trip for the peak migration month of March!) But then things went crazy, and we cancelled the trip. If we hadn’t we might be there still — stuck, perhaps, in Turkey or Jordan. But I would have some great birds to report!

I did, however, manage one work trip to Acapulco, back in January, when we thought the wildest thing about 2020 would be the U.S. presidential elections. They invited me, and I went. Boy, we were crazy kids back then, weren’t we? So spontaneous and free! I mention this because that brief visit impacted my Best Birds of the Year list in several ways.

So, without further ado, here we go:

10. Indigo/Lazuli/Varied Buntings: As the 2020-2021 winter season began, I began seeing Indigo Buntings everywhere! The Indigo was even on its way to becoming my default species for any indescript female LBJ. (Though the one below is a winter male.)

But then my final 2020 outings gave me more sightings of the beautiful Lazuli Bunting than I have had, perhaps, in all my previous years of birding. (Or, it is certainly possible that they have always been here, and I was not identifying them correctly.) And would you believe it? I also got my best pictures of some gorgeous male Varied Buntings!

9. West Mexican Chachalaca: I may hear this large and raucous bird everywhere I go, when I visit lower elevations in Michoacán. But, until 2020, I almost never saw it, which is frustrating with such a loud species. This was the year I got to get up close and personal with it, with excellent visual encounters both in Acapulco and in Michoacán.

8. White-throated Magpie-Jay: I had first seen this magnificent bird sometime in the early 2010s, back before I kept track of my sightings, and again in 2019, on my way back from the Michoacán coast. But it was Acapulco that gave me my first great encounters with it. The church that had invited me there put me up in a ritzy house with a spectacular view of Acapulco bay, and every morning, I would be awakened by the amazingly loud calls of Chachalacas and Magpie-Jays. This did not upset me at all. The Magpie-Jays would check me out while I drank my morning coffee by the pool. (Life is rough sometimes.)

9. Yellow-green Vireo: The first of 2020’s “vindication birds”. I had “seen” my first Yellow-green Vireo in 2017, when I took some much-better-than-me birders to Paso Ancho, and one pointed out a bird call and some movement in the brush. I saw the movement, I swear I did, but it wasn’t until June of this year that I really saw this bird. And then saw it again, a month later. It is one of those interesting few species that winter in South America, but only migrate as far north as Mexico to breed.

8. Rufous-naped Wren: The lowest ranked 2020 lifer on my list, only because it is extremely common in tropical Mexico, and I was bound to see it eventually. Another Acapulco sighting.

7. Bare-throated Tiger-Heron: I had seen this wonderful bird several years before in Veracruz state, near the Gulf of Mexico. But it was in Acapulco that one posed for me, and I felt extremely lucky that it did. Perhaps it was because we were observing it from a small boat, rather than from the shore. Or, more likely, it chose to freeze rather than fleeing. Either way, the view was fantastic.

6. Slaty Vireo: The range of this handsome but elusive species is limited to a handful of states in southwestern Mexico, and eBird only has 700+ sightings registered (3 of which are now mine). I first saw it in 2019, but on repeated visits to the area did not succeed in finding it again. Then, this summer, I saw it two more times — in the exact same spot as the year before! I admit, playback was involved. But it is very satifying to now know exactly where to find this high-quality species.

Photo from 2019. I said that this year I saw the Slaty Vireo, not that I got good photos of it.

5. Lesser Roadrunner: The very definition of a “vindication bird”. I had seen my first Lesser Roadrunner in 2014, shortly after falling face-first into a stream, leaving my camera and binoculars temporarily useless. But in 2020 I got my vengeance, with four quality sightings with photos. And hey… Roadrunners! (This is an exclusively tropical species, not the Greater Roadrunner of the American Southwest and Mexican desert.)

4. Masked Tityra: Oh, sure, I had heard of the Masked Tityra before: how it grunts like a pig, giving it the Mexican common name “Puerquito”. But it was 2020 that allowed me to finally see it, just minutes after I saw the Yellow-green Vireo mentioned above.

3. Lesser Yellow-headed Vulture: So there I was, on that glorious patio overlooking Acapulco Bay, when a Turkey Vulture allowed the ridge’s thermals to lift it directly above my head. I try not to take too many photos of ultra-common birds; but when they come that close and your camera is in your hands, what can you do?

It wasn’t until I processed my photo that I noticed the Vulture’s head color was all wrong. It was a Lesser Yellow-headed Vulture: lifer for me, and only the 6th report on eBird for the entire state of Guerrero!

2. Gray-collared Becard: This one was a combination of lifer and “vindication bird”. I knew it was out there, somerwhere, but no matter how hard I looked, all my Becards continued to be Rose-throated. I can thank the 2020 pandemic for this species, because I found it in one of the new sites I explored to make up for the more-populated sites I was avoiding.

1. Sparkling-tailed Hummingbird: I already told the story of my four encounters with this beautiful species in Corey’s post Our Best Birds of 2020. Suffice it to say, I had waited a long time to see it, and the fact that I saw it four times in one year made it my favorite species for the year. Since I included a photo of the female there, I’ll put my best photo, so far, of a male here.

The Future of Birding Field Guides is GISS

Where Are You Birding This Final Weekend of October 2010?