An article on House Sparrows in the New York City Audubon October 2003 newsletter, The Urban Audubon, references the Migratory Bird Treaty of 1918.  Why on Earth do birds need a treaty?  Well, a moment’s thought is all it takes to figure out that the birds did not need a treaty as protection from each other; they needed protection from us.

The Migratory Bird Treaty Act (MBTA) of 1918 expressly forbids any party, unless permitted by regulations, to

“pursue, hunt, take, capture, kill, attempt to take, capture or kill, possess, offer for sale, sell, offer to purchase, purchase, deliver for shipment, ship, cause to be shipped, deliver for transportation, transport, cause to be transported, carry, or cause to be carried by any means whatever, receive for shipment, transportation or carriage, or export, at any time, or in any manner, any migratory bird, included in the terms of this Convention…for the protection of migratory birds…or any part, nest, or egg of any such bird.” (16 U.S.C. 703)

The Migratory Bird Treaty Act covers most (83%) of all native birds found in the U.S.  It also applies to birds included in the international conventions between the U.S. and Great Britain, Mexico, Japan, and Russia, respectively.  Many species not covered by the MBTA are covered by the Endangered Species Act, or other federal or state laws.

Why does an article on house sparrows mention the Migratory Bird Treaty Act anyway?  As I’ve pointed out previously, the house sparrow is not a native species, but was in fact intentionally introduced.  While Passer domesticus offers some modest benefits, it is widely considered a harmful pest by farmers and an aggressive competitor by other native birds.  Besides non-migratory game birds like pheasants, there are only three species in the lower 48 states that are not protected by the MBTA.  Do you want to guess which three they are?  That’s right… House Sparrow, Rock Pigeon, and Common Starling, AKA the trash triumvirate. 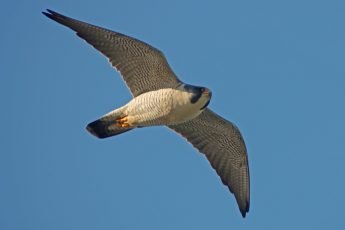 « Previous post
Down the Delmarva Peninsula
Next post »
Reason To Become a Bird Watcher #6: 81,000,000 Birders Can’t Be Wrong