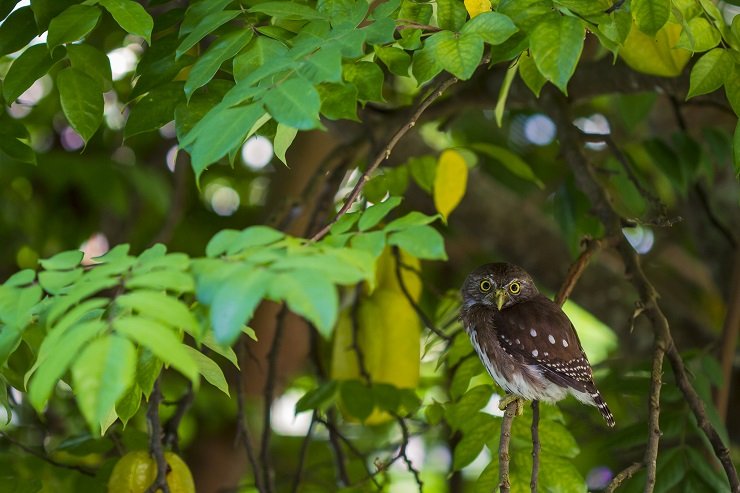 After a lifetime of lockdown measures we’re all surely chomping at the bit to get back out and slip back into that birding groove. I for one have been cautious, probably overly so. Nevertheless, I have taken my fair share of chances in life thus far. I shall not get into those, as we may never get to the birds!

A few weeks ago a local birder let us know of a pair of Pearl Kites that had seemed to take up residence about 40 minutes from where I live. Now, although I have seen this species several times before, we have a unique relationship. My first experience was with a nesting pair, one bird was out at the time and the other was comfortably sitting quite low in the nest. I only saw the bird’s head, and made a poor photograph through the bramble. My second involved a very low and deliberate pass overhead while I was on an errand, i.e. sans binoculars or camera. Same thing happened for the third time, only that it was perched agonizingly close on a utility wire. I took a horrible picture with my cell phone. Finally, the fourth time was only a few months ago at the turn of the year – while I did have my binoculars I didn’t have my camera. We were in fact on a mission to deliver one of my calendars and as we were departing the area I saw it fly in and perch on an exposed bamboo stalk. I looked at it for some time, had a chuckle and left.

That being said, I was in no hurry to try my luck with this pair of Pearl Kites. Eventually I gave in, and yesterday I roused myself from bed at 4:30am and drove to the location. Arriving before sunrise, there was a massive cloud in the west that was being lit a bright orange while most of the sky remained a neutral blue-grey. Conditions were perfect for photographing the beautiful Pearl Kite – and I was correct. Only that they were nowhere in sight.

Instead, I shimmied across to a nearby fishing depot and tried to make the most of the dramatic dawn light. The area had recently been hit by a disastrous oil spill and the atmosphere was duly sombre. As I parked the car I was greeted by rowdy Southern Lapwings and a Black-crowned Night-Heron still waiting on a meal.

A few Scarlet Ibis flew past, along with a plethora of Snowy Egrets and Little Blue Herons. Freshly arrived Willets chased each other. Within the mangroves, however, I was surprised by the arrival of a few American Redstarts. These were the first warblers of the season for me – and I believe the first reported in the country.

Also in the mangroves bordering the coast was this accommodating Black-crested Antshrike.

On the mudflats there were a great many Semipalmated Sandpipers with a smattering of Western Sandpipers. Discerning both species is relatively straightforward if they are seen together, if the observer concentrates enough on feeding pattern. Closer looks would reveal the subtleties of bill length and shape as well as rufous-edged feathers.

A pair of Semipalmated Sandpipers bickering over a pothole in a parking lot. A lot less glamorous than it looks!

Collared Plover is the smallest plover found in T&T and is actually sedentary as opposed to many other shorebirds.

There were a few Greater Yellowlegs feeding at the water’s edge, along with a lone Black-necked Stilt. Before long, the fact that I had left home without having breakfast started to catch up to me, and I sought to appease that beast. As I was driving out, I stopped to appreciate a small group of American Flamingos flying overhead.

Having been unimpressed by my morning outing, I was in no celebratory mood. On the drive home I passed through a gargantuan flock of probably 2,500 swirling Black Vultures. Just as I traversed that spectacle I also noticed a long-haired, bearded man clad in a black cloak, kneeling at the side of the highway – eyes fixated on the ominous sky. These all added to the overarching foreboding feeling of the moment – after all it was the 59th anniversary of the independence of Trinidad & Tobago.

Anyway, before I get lost in a rant about the nature of independence and where it all began – I got home to my little patch of rebellion, an oasis in the land of concrete, steel, and chemicals. My rewilding project looks like chaos (I really should get to tidying it up a bit soon) but always makes me smile. The status quo of my neighborhood would love if I level the whole thing today, but I was always one to defy. While sitting in our home office, I was alerted by the alarm calls of several of our yard birds. I searched and searched through our windows but saw nothing. Yet Spectacled Thrushes, Tropical Mockingbirds, and a Copper-rumped Hummingbird were going absolutely berserk. Sure enough, that could only mean one thing. We had shared our porch with a bold Ferruginous Pygmy-Owl the night before, so the expectation was there. Eventually the birds lost interest and left. I remained with my eyes peeled, and sure enough, within a few short minutes I spotted the quivering black and white under-tail of a Ferruginous Pygmy-Owl.

Nothing could move around in the leaf litter without full attention from this Ferruginous Pygmy-Owl.

I spent the rest of the day with this bird. Whether it was drifting off mid-conversation to check on it, or leaving a pot on the stove to steal a quick look; it was a real pleasure to have this tiny terror spend all afternoon in one of our trees. I watched it as it ripped apart a lizard from our garden then subsequently battle heavy eyelids. I saw it gaze intently at our cat who has a perch at the same window. I saw it regurgitate a pellet. I saw it fluff its feathers, I saw it stretch. I saw it drift completely into sleep, wake up, then drift off again. I looked at it sleep while I was having lunch, I snuck out to photograph it and made it back inside without flushing the bird. Each time a mob grew, I’d pull the curtain and glare at the thrushes and tanagers until they left. I photographed it some more. Most times though, we just locked eyes.

I was gifted numerous opportunities as the Ferruginous Pygmy-Owl hopped around the tree before flying off. It was so close, I was using my macro lens squeezed through the living room window!

As the shadows grew longer, it stretched its entire body and grew a bit more active. It hopped from perch to perch within the tree, and eventually flew off. This morning I pulled the curtain to check as I had heard some calls of consternation from the Tropical Mockingbirds but only saw an iguana. A few minutes later, when I checked again, there it was, not ten feet away, looking at me.

Even as I type this I’m hearing the alarm calls of a Copper-rumped Hummingbird as it (presumably) dances around the perched owl, drawing gazes of inquiry and wonder from the predator. I hope this is the beginning of a long relationship.

After a few hours of interacting through the window, I ventured outside with my birding lens.