Despite being sidetracked and 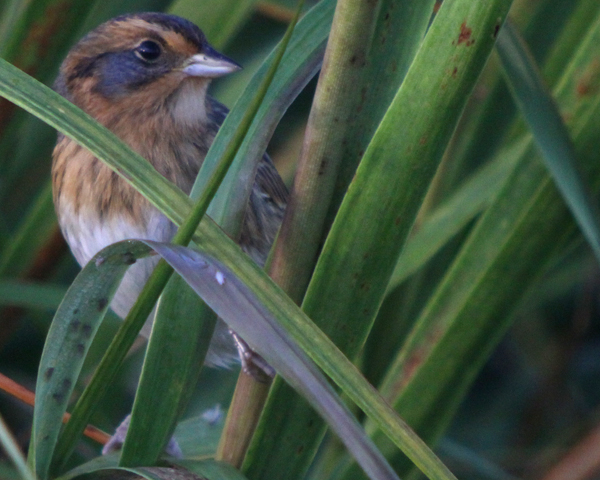 distracted by the best Clapper Rails ever Shane and I did manage to focus our binoculars, scopes, and camera lenses on several Nelson’s Sparrows.  Nelson’s Sparrow is the sparrow formerly known as Nelson’s Sharp-tailed Sparrow, which is one-half of the sparrow formerly known as Sharp-tailed Sparrow.*  Whatever one chooses to use as the common name Ammodramus nelsoni is a charming little bird for which waking up at dawn and making one’s way to a saltmarsh is well worth the effort.

The joy of seeing Nelson’s Sparrows, of which the three subspecies, nelsoni, alterus, and subvirgatus, nest in three distinct 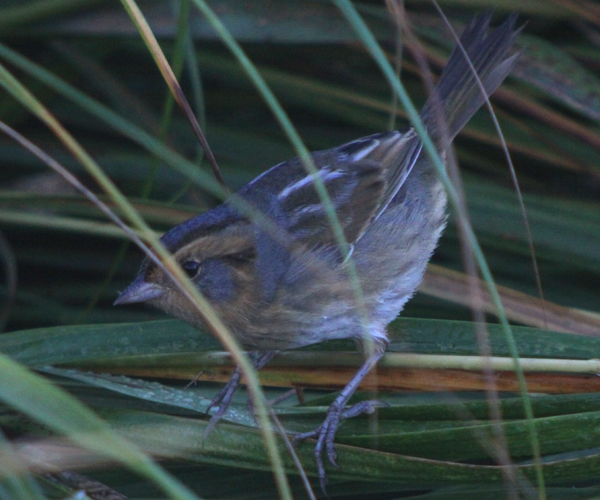 geographic locales,** is tempered by trying to figure out at which of the three subspecies one is looking.  Such an enterprise is aided a great deal by resources like this set of photos and the assistance of birders more familiar with the task of figuring out and recognizing the subtle differences between subspecies, despite the fact that many birders, including the authors of Sparrows of the United States and Canada, seem to think that nelsoni and alterus are indistinguishable in the field, an opinion with which I, with all of my sparrow expertise (note the heavy use of sarcasm and self-deprecation), will certainly concur.

Nelson’s Sparrow, in case anyone is interested, was named for Edward William Nelson, an American naturalist who also has a snake and over a dozen rodents named after him.

For those keeping track at home, the four images below of a Nelson’s Sparrow on the ground seem certain to be A. n. subvirgatus, while the images up top seem likely to be alterus or nelsoni, though, to be honest, despite spending hours on these images I am unsure of my ability to tell them apart at all. 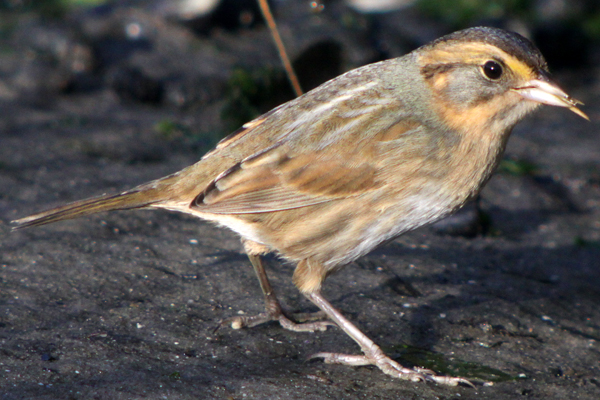 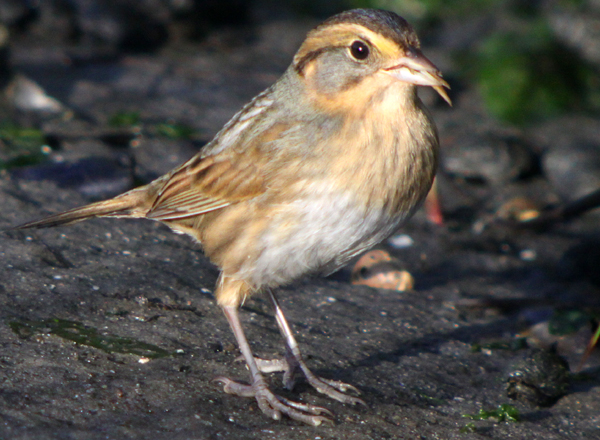 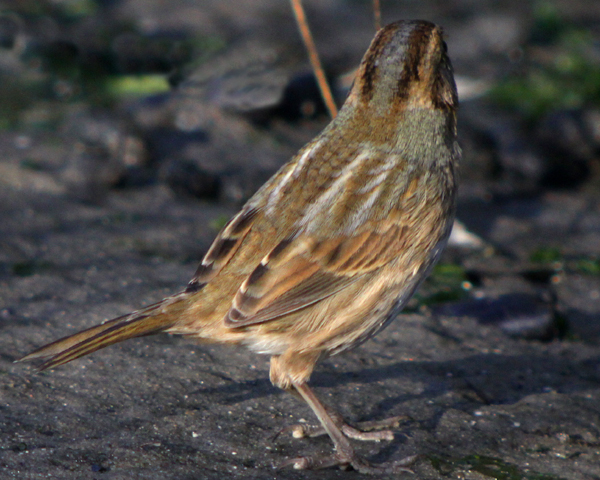 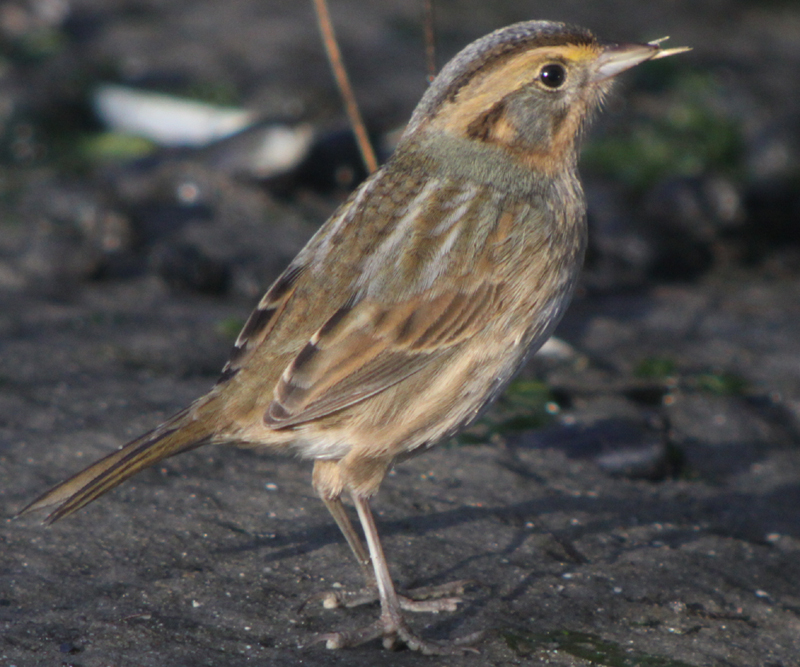 The bird in the final three pictures I am seriously unsure of, but if anyone wants to take a crack at giving it a subspecies identification please feel free.  I lean towards alterus/nelsoni more often than I lean to subvirgatus, but, as I hope I have made extremely clear, I doubt my capability of getting these birds identified down to their subspecies. 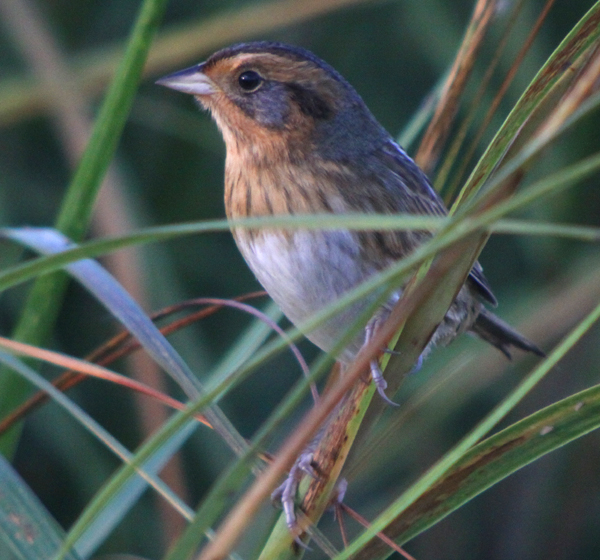 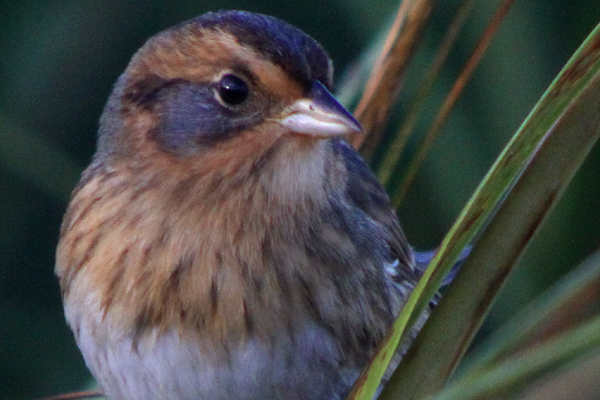 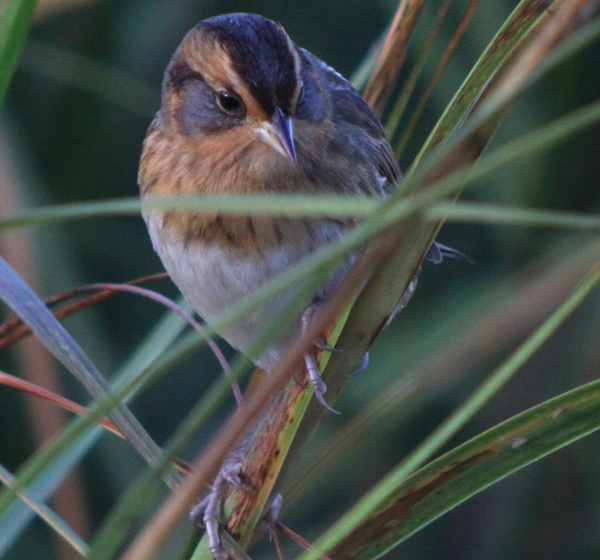 *The split happened in 1995.  For more information on what led to the split I recommend this post at Biological Ramblings.

**Nelsoni nests in the prairies of the central United States and Canada, alterus nests in the lowlands along the south edge of James Bay in Canada, and subvirgatus nests along the coast from Maine to New Brunswick.

Is This A Bird Bites Cat Story?