We know that the human mind has capacities that are not common in other animals. Some of these capacities seem to be linked with language or with complex thinking or inference, and probably evolved in connection with our linguistic and complex social behavior. For example, humans have “Theory of Mind” which is not a theory in the scientific sense, but rather, a capacity whereby we have an internal theory of what is going on in other people’s minds. This is something not seen in very young children but then typically develops and becomes observable and testable by psychology graduate students who have done innumerable studies on it. Theory of mind relates to a sense of self, because one can not really have a theory of what is in someone else’s mind without the ability to understand at some level that there is a difference between self and other. Also, this capacity is required to have complex scenarios in one’s mind about the relationships between numerous individuals that includes motivation, intent, differences in point of view, and so on. You can explore this idea on a personal level. Imagine that you were alone in the house, and you heard a rattling sound now and then. The first few times you hear this sound you may not know what it is, but eventually you happen to hear the sound while standing next to your refrigerator, and now you know that this rattling sound is caused by that appliance. Now, when you hear the rattling sound while you are in the living room, it is caused by a HCA, and not an UCA. Even little children learn that various sounds that your house makes are caused by this or that thing, and you might even observe them hearing sounds and exploring to find out what caused them. When you hear a sound in your house that has an UCA, you get nervous and try to figure out what it is. When you hear a sound in your house that has a HCA you chill. Then, there are the HCA sounds that your brain has gotten used to that you continue to hear after you get a new refrigerator and realize that they were always UCA sounds, and then you feel both stupid and nervous. But that’s another story.

A number of research projects have sought to determine if some of these human brain abilities are found in other animals. It turns out, for example, that “Theory of Mind” is very rare in the animal kingdom. Even among our primate relatives, whoa are generally very smart, “Theory of Mind” is found in only a few species. Research to determine the ability to understand the HCA vs. UCA distinction has shown this to be rare as well. Capuchin monkeys, macaques, Cotton Top Tamarins, Chimpanzees, and many other animals, including various birds, have been investigated and found to be unable to make inferences about HCAs.

You have probably heard about the famous New Caledonian Crows (Corvus moneduloides). These crows have been shown to have a form of Theory of Mind or self-recognition, they understand some basic physics (mechanics, not quantum physics) at a level not seen in most animals, can fashion natural materials to make tools which, of course, they then use for extracting food from hard to get places, and so on. And most recently, a team of researchers from New Zealand, the United Kingdom, and Austria have demonstrated that New Caledonian Crows understand UCAs.

Here’s the idea. You get some crows to observe a behavior that might be just a little scary to a crow (equivalent to hearing a noise in your house when you are alone) but you also give them some information about that noise in a way that they can understand, if they are capable, that the thing they observed was caused either by a known agent or, alternatively, that it was caused by an unknown agent. If the crows can distinguish between UCA and HCA, they should treat UCA related events with caution, but be more indifferent to events caused by a HCA, unless of course the HCA is a cat.

The researchers set up a feeding box from which a Crow might attempt to extract food, and placed near the box sticks that these tool-using birds could use to extract the food. Then, they let the crows do this now and then over a period of time so that everybody was on the same page. This box happened to be placed a short distance from a wall with a hole in it.

Then, they had one of two different experimental setups presented to the crows.

In the HCA setup, two people walked into the room while a crow observed from a perch. One person stood there doing nothing while the other person walked behind the wall. The person behind the wall then poked a stick through the hole in the direction of the feeding box, which must have looked a bit menacing to the crows. Then, both people very overtly left the enclosure so the crow could infer that it was now alone with the feeding box, and that there would be no more of this stick-poking.

In the UCA, only one person walked into the room and stood there doing nothing. Meanwhile, using clever trickery of some kind, a stick thrust out of the hole and menaced the feeding box, but with no obvious agent doing so. No person had walked behind the wall. Then, the one person who had walked into the room left, and there was no explanation for that stick poking out of the hole in the wall.

The short version of the story is this: When a crow was able to see that the stick-yielding person had come and, most importantly, gone, they went to the feeding box and got the food. No big deal. But, when the crow only saw the menacing stick and could not infer that the agent causing the stick to menace the feeding box was gone, the crow still went after the feeding box, but kept inspecting the hole, seemingly worried that the stick would come out of it, and in some cases, was too jittery to complete the act and simply abandoned the feeding box altogether.

The following graph shows the experimental setup and results. The graph shows the results. The first bar, on the left, shows the number of times the crow looked behind itself per feeding attempt before any of this shenanigans with the stick was implemented. In other words, this is background, or control, behavior. Then we see three sets of trials averaged across several runs, showing the level of inspection of the hole by the crow when it should have been able to infer that there was no “agent” on the other side of the hole to poke a stick menacingly. Clearly, the level of inspection behavior is at baseline; the crows are roughly indifferent to the presence of this hole whence the menacing stick was known to protrude when an annoying human was behind the wall. Since the human was seen to leave the vicinity, why worry about the hole? Just eat the food.

The second set of data show the inspection behavior by crows who might have perceived the menacing stick as caused by an unknown, and thus, scary or unpredictable agent. Here, the crows are initially very jittery, frequently inspecting the hole of mystery. Over time, as the crow has a second then a third opportunity to extract food from the box, the bird becomes less concerned, as experience has taught it that the mysterious menacing stick isn’t really a threat.

The next graph shows the average number of times per trial that the crow decided to abandon an effort to get at the food. During habituation, learning to use the tool to get into this particular box, the crows never gave up. When the crow saw that the Hidden Causal Agent (the person behind the wall) had left, they never gave up. But, the number of abandonments is greater than zero for the case of the Unknown Causal Agent. Having said that, note that the rate of abandonment even in this case is small, but still, not zero.

Already, this great story had been made into a movie:

Half the crows in this experiment now claim that humans are “annoying beasts” while the other half have joined a new religion known as “The Cult of the Stick.” 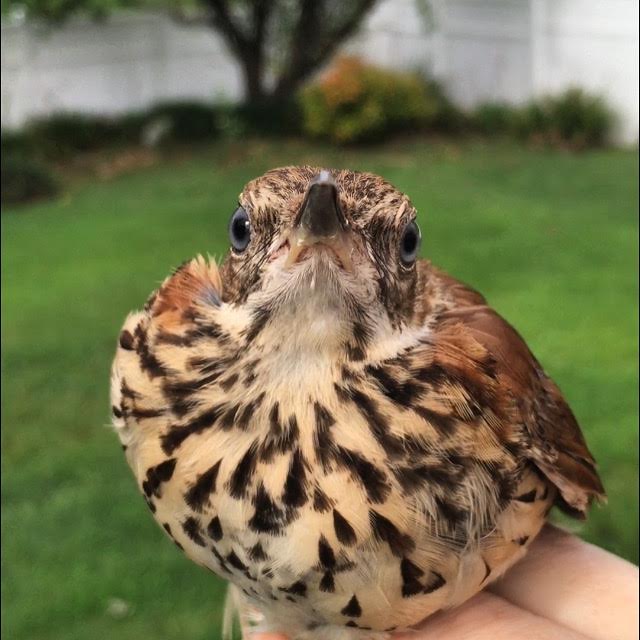