Joshua Malbin has been birding in Brooklyn, NY for more than 10 of his 15-plus years doing it so far. He’s been working as a writer and editor for almost 20, and has contributed fiction and nonfiction to more than a dozen online and print journals. He cohosts the independent comics review podcast Comics for Grownups and has self-published a novel about water wars in the western U.S. Another is in the works.

A New York City Parks Department contractor just wiped out a breeding population of sparrows in tons of trouble already, on land owned by the parks department that was supposed to be protected as “Forever Wild.” Here’s a short video of the damage.

It looks to me like they drove a crane straight through this section of what’s called Four Sparrow Marsh. Any destruction like this of a wetland would be bad, of course. What makes it particularly egregious in this case is that the scar you can see in the video goes straight through what was a breeding habitat for Saltmarsh Sparrows. Here’s a map showing all the Saltmarsh Sparrow nests counted between 2012 and 2015, right in this one spot, by a biologist working with this population. 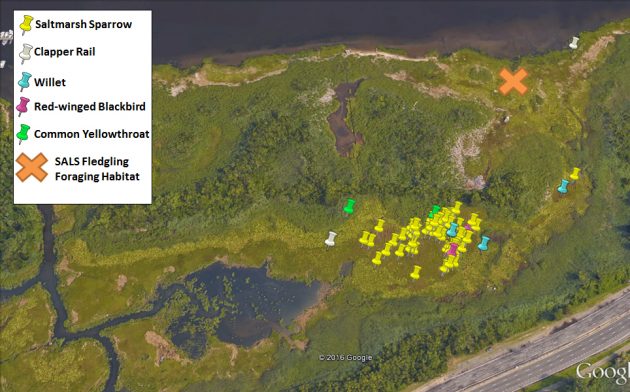 In 2016, the DOT started rebuilding a bridge on the highway next to Four Sparrow Marsh, and maybe because of the noise, maybe because of the removal of some buffer plants, the sparrows did not breed that year. I got a landscape architect to review the construction plans, though, and it looked to him like in the long term the marsh should be okay. The last time I checked on it in the summer of 2016, the marsh still looked like the picture below, taken in March 2016, only greener. There was still hope that the sparrows might return. Not anymore.

Instead, a contractor removing debris from from the other side of the marsh from the DOT project tore up and destroyed the habitat. 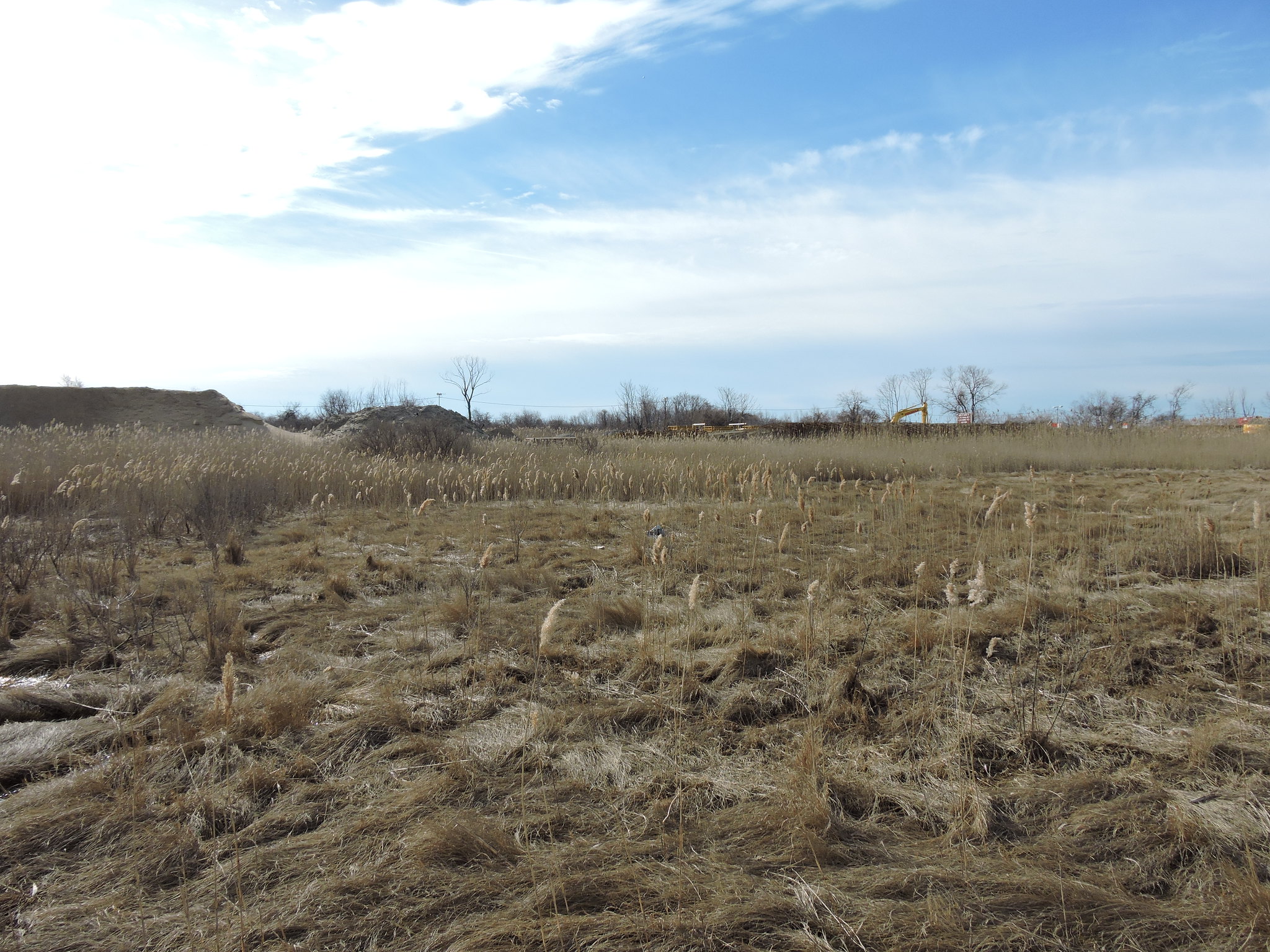 Saltmarsh Sparrows are listed as Vulnerable by the International Union for the Conservation of Nature and as a Species of Greatest Conservation Need by the New York State Department of Environmental Conservation. They breed only in salt marshes along the Atlantic coast from Delaware to Maine, and their habitat keeps getting destroyed, developed, and fragmented. Their population is currently only 53,000 individuals and declining at a staggering 9 percent a year, a rate that will make them extinct within 50 years. Four Sparrow Marsh is one of two patches of original saltmarsh on the north shore of Jamaica Bay, and until 2015, it hosted one of the only two breeding populations of Saltmarsh Sparrows in New York City.

The Department of Environmental Conservation has been alerted. It is going to review the situation and decide what to do. I have no idea what the range of possibilities is. The best outcome I can think of, though, is that the contractor will be forced to pay for some restoration in the marsh. But even if they are, restored marshes are never quite as good as the original, and it could take years before the grasses grow back enough to be sparrow habitat. By then it could be too late. These sparrows have an unusual, communal breeding system, so it’s not clear to me that it would be enough for just one or two to find the spot. Still, I think we New York birders need to push for it. This species is in too much trouble to throw away a breeding ground.

If you want to help, and especially if you live in New York City, please write to Mark Levine, the City Council Chairman of the Parks and Recreation Committee (District7@council.nyc.gov) and Alan Maisel, the City Council member who represents the district where Four Sparrow Marsh is located (AMaisel@council.nyc.gov). Tell them about this damage to the marsh and ask them to make sure parks and their contractor do something to restore the habitat.