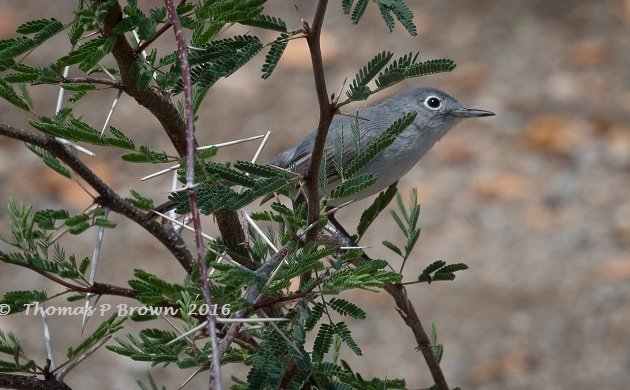 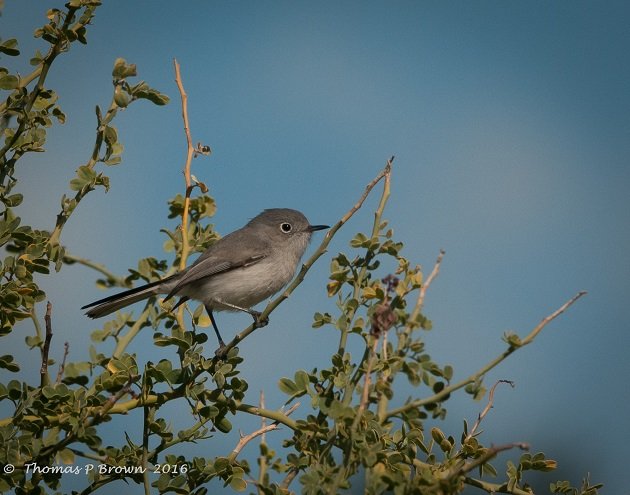 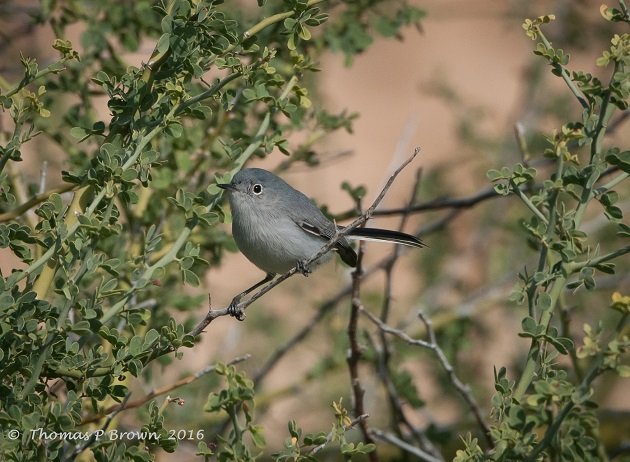 Here is a Black-tailed Gnatcatcher. I picked this image as it clearly shows the tail pattern under the tail. 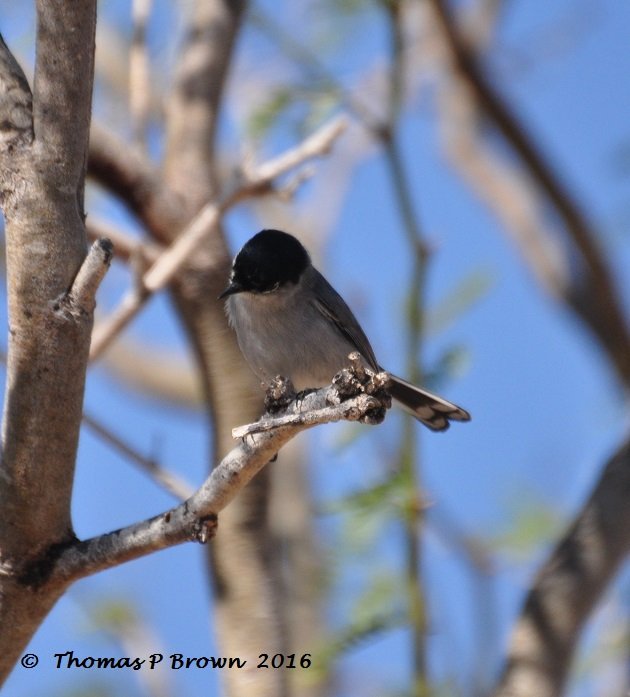 And here is a Black-capped Gnatcatcher 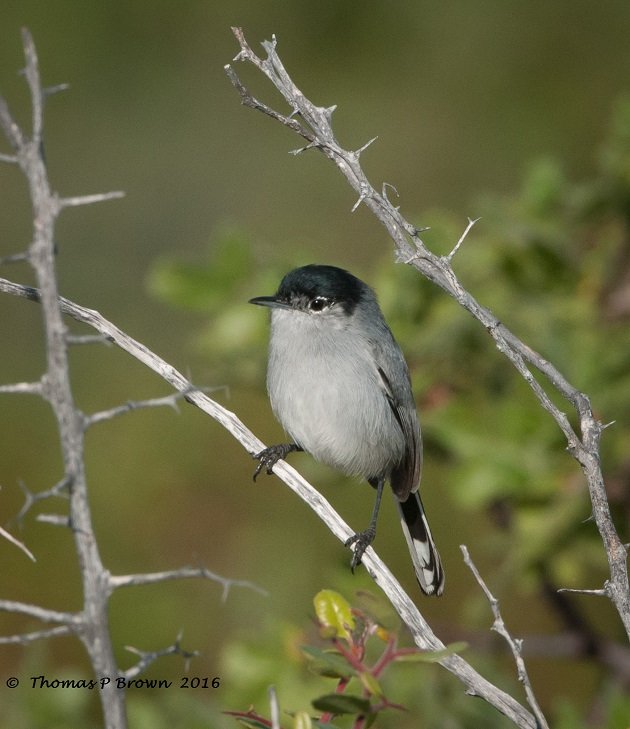 The Blue-gray Gnatcatcher is with out doubt the most widely found of the species, but the California Gnatcatcher is the most recognized. Many years of studies, and research on this species has found it to be residing on the much coveted Southern California coastal real-estate. The conflict between the property developers and the vast number of groups looking to preserve that same high dollar property has led to huge amounts of reports being submitted in support of both sides. The quality of these reports has also varied greatly, but none the less, have provided the northern most subspecies Polioptila californica to be listed as a “Threatened Species”. One report I recently read, extolled this tiny bird for its ability to stop bulldozers in their very tracks! 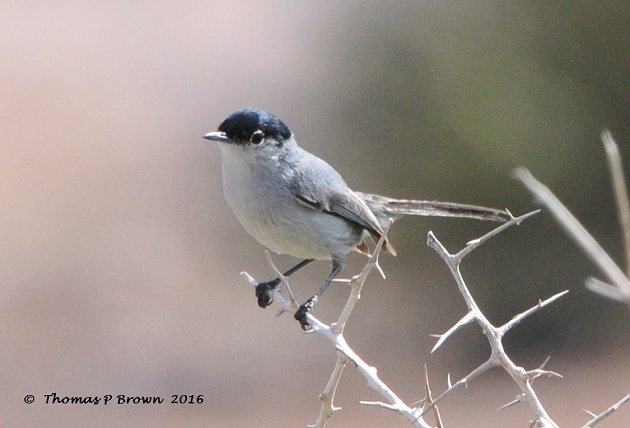 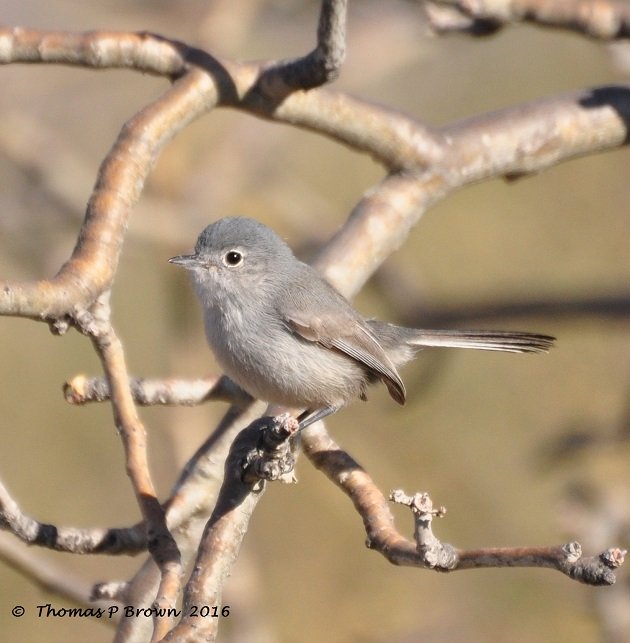 A truly small bird, 4 to 4 1/2 inches, these little gray bundles of energy never seem to have an off switch. I frequently see them during my travels in and around the coastal scrub, but rarely ever get a good photo of them, as they just don’t stop moving. Last Sunday, a couple of Blue-gray Gnatcatchers actually slowed down, took a breather and allowed me to get a couple of very nice images. I am pretty sure that they were effected by the desert heat as much as I was.

This photo clearly shows the tail pattern of the California Gnatcatcher 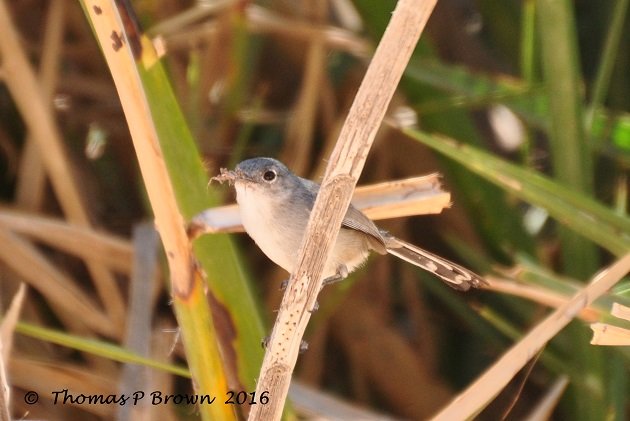