On a Wing and a Prayer: One Woman’s Adventure into the Heart of the Rainforest by Sarah Woods 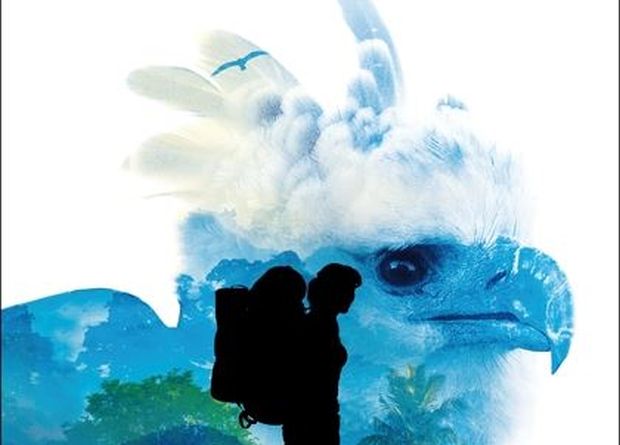 One of the recurring discussions in the world of nature writing is the problem of tone. Given the sheer magnitude of the issues facing our planet, to write optimistically can feel dishonest, sometimes like a betrayal. At the same time, nonstop pessimism can burn out even the most committed activists, and gives casual readers no reason to get on board. How do we navigate these waters? Sarah Woods, author of On a Wing and a Prayer, handles this problem the same way she appears to handle most problems in her life – she plunges in and gets through with a combination of grit and charm. Wood certainly does not conceal the many forces arrayed against the Central American jungles she explores and the Harpy Eagles she seeks therein: climate change, deforestation, poaching, and the deep distrust and violence brought about in the region by the War on Drugs. At the same time, the narrative voice is that of a person who is sunny by nature, certainly not prone to pessimism nor to taking herself too seriously – she casually throws in asides about how she once intubated herself with a plastic drinking straw while going into anaphylaxis far from medical help, and chats about jaguars minutes after surviving a harrowing crash-landing at a remote Panamanian airstrip.

It speaks well of that narrative voice that I came away glad I’d read the book, given that it contained many elements not calculated to endear it to me. The structure was a hodgepodge and the inexplicable choice of present-tense narration was a distracting element when keeping track of the multi-year timeline. The book opened and closed with Woods’ quest for the Harpy Eagle but in the middle chapters the bird faded away to an aside. The sojourns with various close-to-the-earth, oh-so-spiritual jungle peoples made me worry that I’d stumbled onto a manuscript for Eat, Pray, Bird. The prose occasionally jumped the line from purple into colors only bees can see.

Part of me, then, rolled her eyes at this book. And yet another part of me has to give respect to the fact that there was never a page where Woods’ supreme enthusiasm did not shine through. Even when the jungle was giving her rashes, parasites, or the runs, her catalogs of bird species read like descriptions of a feast. She balanced the orchids and the biting flies, the manatees and the plastic-wrapped bricks of cocaine, with a deft hand. Wherever else she may have gone astray, when it comes to that sense of wonder that birders know so well, Woods nailed it.

On a Wing and a Prayer is due July 21st from Bloomsbury: you can pre-order it now.

« Previous post
Mini-Pelagic Birding in Costa Rica at Puntarenas
Next post »
Where Are You Birding This Second Weekend of June 2015?