Just a quick post today to appreciate one of New Zealand’s most attractive birds, the Paradise Shelduck. This is brought about by a visit to Karori Wildlife Sanctuary/Zealandia, where I was able to catch up with the ducklings that I first saw back in the spring. The youngsters are almost fully grown, but are still smaller than their parents and haven’t developed adult plumage yet. A Pair of Paradise Shelducks on Soames Island

Paradise Shelducks are interesting for a number of reasons. They are endemic to New Zealand, but unlike many endemic species that have not suffered at the hands of humans, in fact they have expanded their range as forests have been opened up for pasture. They are the only endemic duck species that hunting is permitted for, in fact, the other species being either too rare or outright extinct. They are also interesting in that they reverse the usual pattern for sexually dimorphic species; in Paradis Shelducks it is the female that has the brighter plumage. Both, howveer, are attractive birds. The female. The lower two females pictured here are in eclipse plumage, unlike the first one. Males are still striking but quite different from the females. Dad with the family a few months ago. Young Paradise Shelducks resemble the male but have much duller, browner plumage. 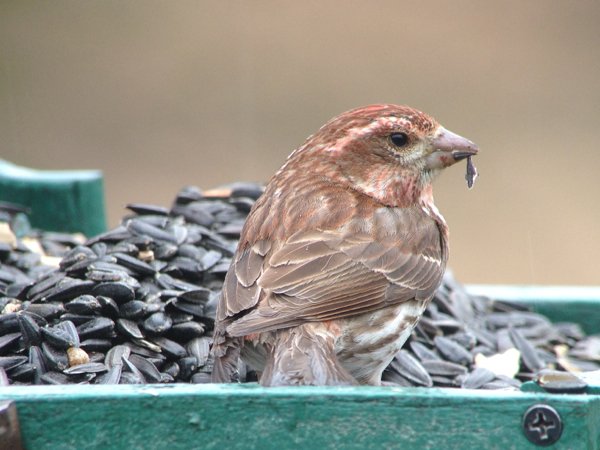